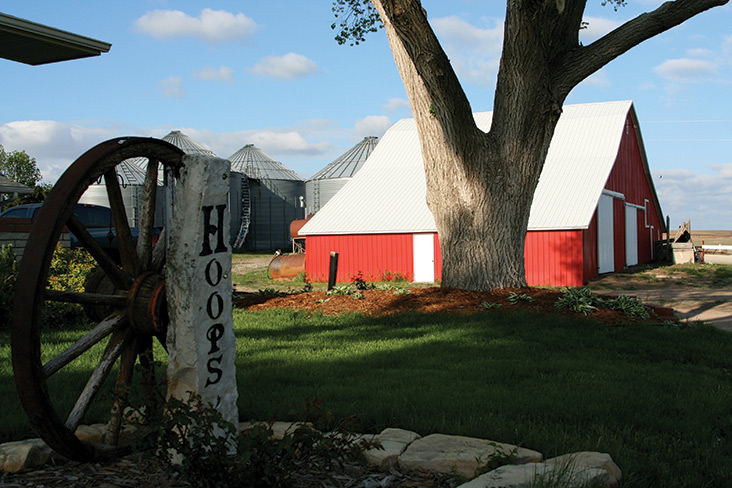 Home for the Holidays

How the words of author Wendall Berry carry me back.

The 10-hour drive felt like a snap of my fingers. Sure, the freedom from my parents and little sisters helped, but I was mostly carried from my childhood home in Illinois across the entire state of Iowa to my grandparents’ farm in south-central Nebraska by the anticipation of an adventure.This was not a holiday or a family reunion. This was a rite of passage — two glorious weeks in the middle of summer by myself in a place and among a people that were mine.

As time and physical distance create separation from our formative childhood homes and experiences, it takes a good novel, as much as old photo albums and VHS tapes, to breathe life into dusty memories. The author who whisks me home with his words is Wendell Berry.

He is a craftsman, tending to stories with care and precision. He plunges his hands into the grits and guts of ordinary things, like life on a farm. At the core of his catalog are close to a dozen books, written over 50 years, about the fictional town of Port William, Kentucky. I particularly resonate with “Andy Catlett: Early Travels.” This installment tells the story of a man looking back on a solo journey he made as a 9-year-old boy to visit his grandparents in Port William four days after Christmas in 1943.

Andy finds himself pulled into the grit and guts of ordinary things, from his grandmother peeling potatoes for dinner to his grandpa stripping tobacco in the barn. There is a rhythm to life and work on the farm. But more than anything, there is a fellowship. Although he’s a child in a grown-up world, he is not out of place.

“It is my motherland, the mold I was cast in,” Andy says. “As it has held and shaped me, so I have kept and contained it. Though I may have been thousands of miles away, it has been as present to me as my own flesh.”

A similar rootedness has followed me through so many stages of life. Sure, I’ve lived in Missouri the past 15 years, but it’s not a place I can easily call home. I reserve that title for a farm at the end of a dusty gravel road in Nuckolls County, Nebraska.

I can still see my grandpa standing in a field of waist-high milo with me at his side. Even though he had drawn out of full-time farming by the summer of my visit, it was clear that farmer and farm were still intimately integrated. Lines crisscrossed his hand with furrows seemingly as deep as the fields he once plowed, and he spoke of growth and harvest with anticipation in his eyes and hope on his lips. I cherished being close to the land and the man who cared for it. I was just another seed sinking deep into the fertile soil. 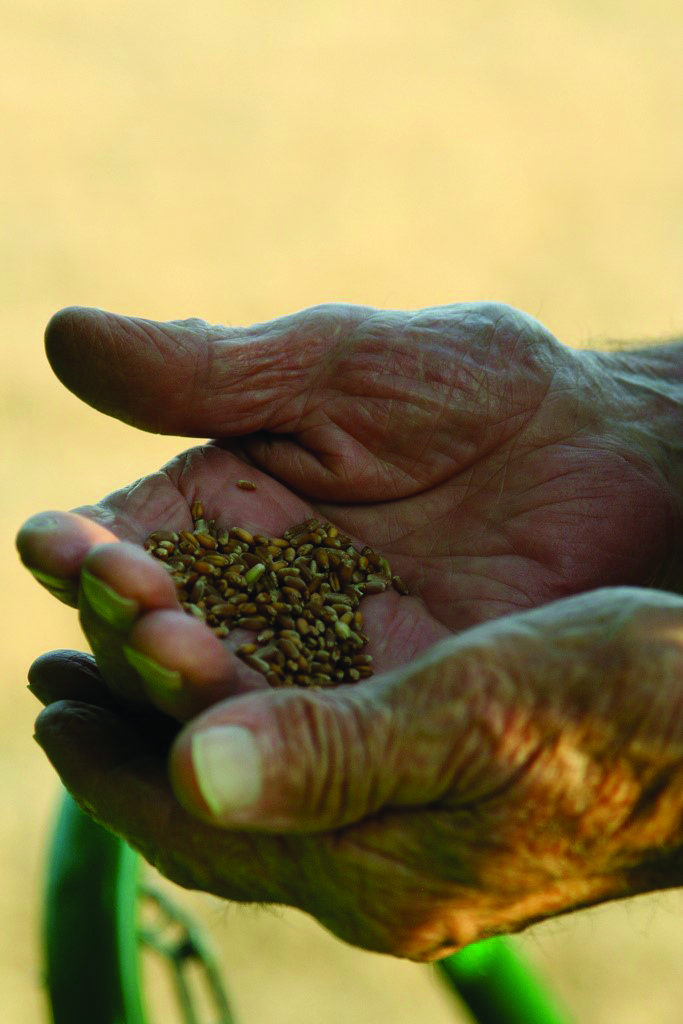