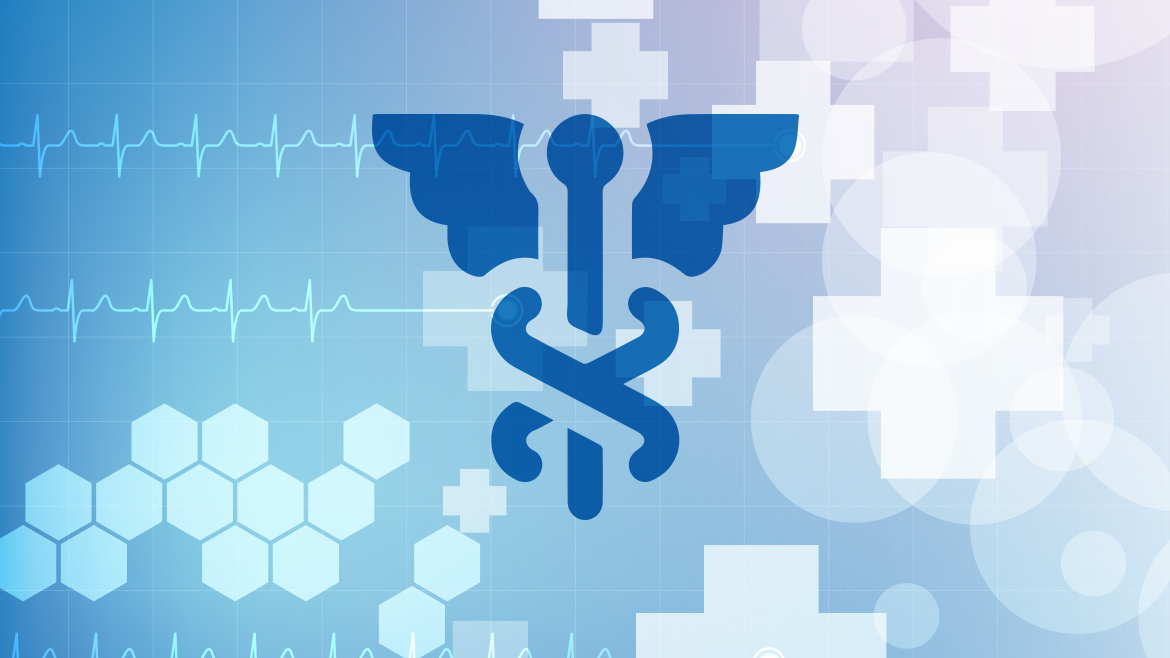 Your Guide to Driving Electric in Mid-Missouri

Boone Hospital Center has been at a similar juncture before.

In the 1980s, looking for a way to improve the hospital’s offerings and also secure a little more cover for their strategic planning processes, the trustees explored an agreement to lease their medical center to a larger health care system. On September 1, 1988, Boone Hospital signed a lease with Christian Health Allied Services, which later partnered with Barnes-Jewish Hospital to become BJC HealthCare.

“We were the first county hospital to lease back in ’88,” says Randy Morrow, a current Boone trustee who worked at the hospital for 38 years before retiring as vice president and chief operating officer in 2014. “We didn’t know if it would survive five years, 10 years, or what.”

Now, the partnership is coming up on three decades. But that could soon change. While the alliance with the St. Louis-based BJC Healthcare has been a boon for the hospital over the years, the county hospital is finding its interests diverging with those of its partner. The hospital is exploring options that will help it better react to changes in the ever-shifting health care landscape. The current lease with BJC runs out in December 2020, though the trustees will have to formally decide whether they intend to renew by December 2018.

“Both BJC and the trustees, should we go our separate ways, we want to have a good separation,” says Brian Neuner, chair of the Boone Hospital Board of Trustees. “That’s been communicated to us by BJC that, if we would decide to partner with another group, BJC is going to shake our hands and we’re still going to be friends.”

The trustees sent out a request for proposals and narrowed the field down to five options. Since August, they’ve zeroed in on one: a partnership with MU Health Care.

A Boone Hospital-MU Health partnership would check a lot of boxes for both sides. It would return local control to Boone while giving the university the opportunity to strengthen its schools of medicine and nursing by utilizing Boone’s resources. The two sides meet at least one a week in the hopes of reaching a win-win arrangement, but it’s not quite as simple as shaking hands and signing documents. (MU Health officials declined to be interviewed for this article.) These sorts of decisions tend to have long-term effects.

As it stands, there are a number of factors conspiring to squeeze Boone Hospital’s potential revenue base.

First, insurance entities — both private companies and public programs like Medicare and Medicaid —  are not willing to pay hospitals as much as they used to for the same services. This is affecting many academic and community hospitals, says Dr. Jerry Kennett, vice chair of the board of trustees and senior active partner at Missouri Cardiovascular Specialists.

Boone Hospital is facing some unique challenges as well. Larger health systems have bought up smaller hospitals in Mid-Missouri, which the trustees say is siphoning referrals away from Boone. BJC opted not to participate in the Anthem health insurance exchange which, Kennett says, is reducing Boone’s northern customer base. MU narrowed the in-network options for its health care plans, meaning that patients would have to pay significantly more out-of-pocket costs at Boone than MU Health.

“We would, as trustees, loved to have participated in those surgery centers, maybe even operating them, going in, having skin in the game, so to speak,” Neuner says. “Whether they have the surgery at Boone Hospital or their own surgery center, both of us are going to benefit from that arrangement. Local groups have shown interest that they would’ve loved to partner with us, but BJC and the system don’t allow that possibility. That’s a great example of where we’re not aligned as to how we see things going forward.”

With an industry that changes as thoroughly and frequently as health care — even outside of the political turbulence surrounding the Affordable Care Act — the Boone trustees are looking for a way to increase the ease with which the hospital can adapt. They just aren’t getting that with BJC.

“Over the years, health care has changed, needs have changed, and what works in St. Louis sometimes is not the best thing, we feel, for what would work in Mid-Missouri.”

“BJC has been a great partner,” says Jan Beckett, secretary of the trustee board. “We’re a high-quality hospital, and a lot of that has to do with some of the things that BJC does as a system. But over the years, health care has changed, needs have changed, and what works in St. Louis sometimes is not the best thing, we feel, for what would work in Mid-Missouri.”

After sending out its RFP, Boone Hospital reviewed five options in depth.  Three of the options — staying with BJC; leasing to Saint Luke’s Hospital, out of Kansas City; or leasing to Duke LifePoint, out of Brentwood, Tennesee — would keep them in roughly the same position. Another option, reverting back to a standalone county hospital, would be the most financially risky.

Partnering with MU Health would, in a best-case scenario, give Boone the flexibility it desires and the opportunity to keep more jobs in the community. In August, the two sides announced that they were entering further negotiations.

“The trustees have spent numerous hours digesting the pros and cons of each approach and trying our best to leave no stone unturned,” says Bob Wagner, treasurer for the Boone trustees. “The discussions with our crosstown friends have been productive thus far, but there are still issues to be resolved.”

Boone Hospital completed its new patient tower, an $89 million project, in 2011. When the trustees sent out an RFP on the tower a few years earlier, they did so with a stipulation in the language that the group would favor local vendors for the construction, even if the local companies’ bids were a little bit more expensive. According to then-chair (and current Boone County commissioner) Fred Parry, that decision led to $47 million in wages for 1,400 local construction workers.

“When we use local vendors and services, those tax dollars turn over in our community three times or more. That is where our community really benefits,” Neuner says. “If they’re outsourcing outside of Boone County and the central Missouri area, we’re not enjoying those tax dollars and the turnover. So that’s a big priority for us.”

Boone Hospital commissioned an economic study by MU economics chair Joseph Haslag that found the potential community economic impact of a partnership with MU — if all went according to plan — could come out to more than $1 billion over the next decade.

“We hope to keep hospital jobs local, keep our health care dollars local,” Beckett says. “That’s not what’s driving this decision, but it’s obviously something we have to keep high on our priority list. These guiding principles are still important to us. That’s keeping employee interests as a top priority, maintaining high-quality health care, partnering with physicians, adapting to changing circumstances, enhancing BHC’s Mid-Missouri strategy, sustaining Boone’s financial performance and
benefiting the community.”

Officials from Boone Hospital and MU Health Care got a firsthand look at how an academic–community hospital partnership could work this fall with a trip to Indianapolis. Methodist Hospital and the Indiana University Hospital merged in 1997, a partnership that would eventually come to be called IU Health. In August, a traveling party from Columbia made the trip to Indiana to see the arrangement.

“They still have independent physicians practicing at Methodist, but a lot of their service lines have been merged together,” Morrow says. “We just wanted to get a feel. Will it work? Can you have an academic and community with one board? I think we were all encouraged.”

The IU example also holds an important truth that representatives from Boone and MU both grasp: two decades on, the partnership is still evolving. It takes time.

“You don’t just sign a lease and then it’s all perfect from that point on,” Beckett says. “It’s something you have to continue to work on, because health care keeps changing. So you have to keep changing with it.”

On a typical night these days, when Neuner gets home from his day job with Joe Machens Dealerships, he fits in a quick dinner before disappearing into a room at his house for a few hours. He’s on the phone, usually with another Boone trustee, the hospital’s attorney, or MU Health CEO Jonathan Curtright.

Hashing out the details of this potential partnership is an all-consuming process.

“The time we’re spending on this is tremendous,” Neuner says. “We’re bringing all of our collective experience and knowledge from our respective fields into a room, and we are going to make the best decision for Boone Hospital.”

Kennett, Morrow, and Neuner serve as Boone’s main negotiating party. On the MU side, it’s Curtright, MU School of Medicine Dean Dr. Patrice Delafontaine and UM System curator Jon Sundvold. Neuner stresses that the two sides are working toward “a partnership.” Not a merger. Not a takeover.

As such, the governance structure of any new relationship will be a crucial part of the negotiations: Who gets hiring and firing power? Who approves the medical staff credentials? Who approves budgets, bylaws, and strategic plans?

“How’s this all going to look on paper?” Beckett says. “Once we get the governance structure straight and everyone feels happy with how it’s going to turn out, I think other things will move from there.”

The trustees are also insistent on input from the community as they undergo this process. They held presentations and listening sessions in Centralia, Ashland, and Columbia when they were weighing their options before progressing with MU, and they hope to be at a point soon where they can present aspects of a possible MU partnership to their constituents in the same fashion.

They’re all elected officials; they want to keep their constituents at the forefront, along with the hospital employees who wait in limbo for their future path to be revealed.

“We’d like to have it done well before next December,” Morrow says. “There’s uncertainty, and we need to see if we can make a decision as soon as possible.”

The possible chain reaction from a Boone–MU partnership could be momentous: jobs, money, stability, the opportunity to use the combined resources of the two entities to attract more sub-specialists to the area, making it more likely that patients needing niche medical advice and procedures wouldn’t have to travel to Kansas City or St. Louis in order to receive them.

And making sure everything is right for at least the next 30 years.