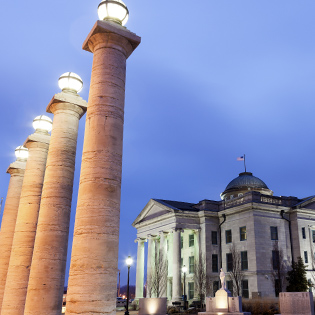 Falkowski, Columbia College’s General Counsel, was named Missouri Lawyers Media’s 2017 In-House Counsel of the Year in the nonprofit or government organization category. He is one of 22 attorneys who was recognized and the only attorney recognized in the Columbia area. Falkowski is Columbia College’s first general counsel, a job he’s held since October 2016.

Stokes, formerly MU’s provost and executive vice chancellor for academic affairs, has been selected as the 22nd president of The University of New Mexico, effective March 1. Before joining MU in 2015, Stokes was executive vice president for student affairs and interim president at Florida State University.

Boys and Girls Clubs of Columbia

The Boys and Girls Clubs of Columbia announced the addition of several community volunteers to its board of directors. Joining the board are Mary Jo Henry, Timothy Jackman, Roberta Martin, Clyde Ruffin, Jewel Simms, and Drew Smith.

Kastens, a broadband specialist employed with Mediacom for 16 years, received the Mediacom system’s Area Operations Employee of the Year award. Kastens, a Columbia resident, was recognized for outstanding customer service at the company’s annual awards ceremony.

Moore, of RE/MAX Boone Realty, was named the 2017 Missouri Realtors Realtor Salesperson of the Year. Moore is president-elect of the Columbia Board of Realtors and will be installed as 2018 president on December 7. He is also involved on the Missouri Board of Realtors and the National Association of Realtors. He previously served as a police officer and volunteers with Columbia Police Department as a reserve officer.

Irvin has been appointed director of sales of the Residence Inn Hotel. Irvin will manage sales and marketing efforts of the 80-room extended stay hotel. Irvin is a native of Columbia and returns to Mid-Missouri after an employment stint in Illinois. As director of sales, Irvin helped open the Hampton Inn & Suites at the University of Missouri.

Central Bank of Boone County has named Wendy Moore a relationship manager in business banking. Moore works with current and potential clients to ensure their financial needs are met. She has more than five years of experience in financial services.

MidwayUSA has named Naugle as service operations manager, logistics. Naugle has been a MidwayUSA employee since 2010. He received his bachelor’s degree from Columbia College while working at the company and was promoted to logistics supervisor in 2015. Naugle will be responsible for the performance and efficiency of inventory control, production, repackaging, sorting and grading, and returns processes.

Wells Fargo Advisors’ Columbia branch has named Williams branch manager. Williams will be responsible for day-to-day operations of the branch. Previously, Williams served as resident director at Merrill Lynch and has 28 years of experience in the financial services industry. He is originally from Mid-Missouri.

Lamberson, MU professor and interim director of the division of animal sciences, has been named the permanent head of the division at the College of Agriculture, Food and Natural Resources. He has been at MU since 1984.