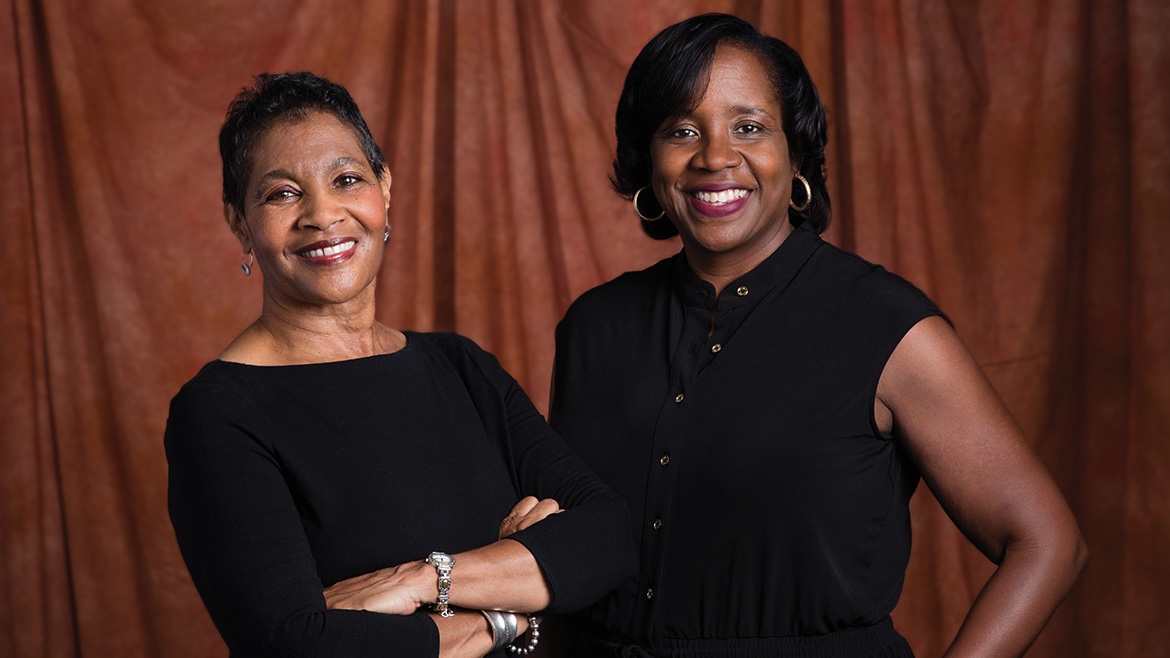 EdX intern and recent CPS graduate Tyus Monroe doesn’t like the term “role model” — it’s too lofty, too elite. She prefers a real model, someone “that you can reach and you can feel.”

Her real models are Monica Naylor and Nicolle Adair.

“I would say that working with both of them is — it’s like a privilege,” Monroe says. “It’s a privilege not only because of the people that they are, but because of the things that they’ve accomplished. . . . Within our community, they’re leaders and they’re genuine people. They honestly want to see you succeed.”

Through the Education Experience Intern program (or EdX) — part of the larger “Grow our Own” initiative — Columbia Public Schools is developing students with a future in education and bringing them back to CPS to start their education careers.

Naylor is the daughter of Beulah Ralph, the educator in Columbia who dedicated her career to educational equality (an elementary school in south Columbia bearing her name opened in 2016). Naylor was in charge of the Minority Internship Program with Columbia Public Schools when she was the multicultural coordinator for the district, but when the program was dropped due to budget cuts in 2014, Naylor retired.

Two years ago, CPS Superintendent Peter Stiepleman talked with the Worley Street Roundtable, a group that meets to discuss diversity, equity, and inclusion in schools and in the public, about bringing the program back as EdX. The return of the internship program also brought Naylor out of retirement. “It makes a huge difference that our superintendent has a stake in making sure cultural diversity is addressed,” Naylor says, adding the initiative starts “from the top down.”

EdX takes minority students in eighth through 12th grade with a passion for teaching and places them as intern teachers in elementary or middle school classrooms. The interns are paid and must maintain a 2.5 GPA to stay in the program.

There are also scholarships available for after graduation — if students commit to majoring in education at Stephens College or Columbia College and commit to teaching for four years in CPS after they graduate, their tuition will be waived and they’re guaranteed a teaching position after graduation. Students can continue to intern with CPS while in college. MU is in the process of establishing a scholarship program for EdX students.

“My goal is to not only increase the amount of students that are involved in the program, but to also have a 100 percent retention rate of the students who participated the year before,” says Adair, who is taking over direction of the program as Naylor returns to retirement.

Ten students participated in the program in its first year, and 17 participated in its second. Naylor says the first two years have reassured her that there is a need for this kind of opportunity — and that CPS recognizes it.

Interns in the program are matched with a teacher for summer school; Monroe interned with Mandi Coe at West Middle School, who was one of her teachers in eighth grade. Monroe appreciates Coe’s dedication to the subjects she teaches and the way she discusses real-world topics and examples with her students.

“I feel like if you allow them to have the chance, they will be very open with you and very real with you,” Monroe says about the students she helps teach. “You just have to present yourself in a way that’s authentic.”

As part of the program, interns create lesson plans and teach. Monroe taught lessons on careers and advertising. She had students come up with their own personal brand and logo, and students made a poster about themselves and their brand. She also made up an algebra game using a Twister mat for one lesson.

“If I was nervous about anything, it would be that I hadn’t actually ever taught anything to kids before,” EdX intern Nautica Varnum says. Varnum participated on her school’s dance team, so she used that as a way to connect with students on the playground.

Monroe and Varnum met Naylor and Adair during the application process — they both heard about the EdX internship opportunity in AVID, a college-readiness class.

“Our AVID teacher was always giving us the next opportunity that was out there; she was always telling us about the newest scholarship,” Monroe says.

They both applied and were selected for an interview, along with 38 others. “When you meet Mrs. Naylor, she’s somebody you know that you don’t want to let down,” Monroe says. “You want to leave a lasting impression.”

In the interview, candidates were asked why they wanted to become teachers and what they thought the qualities of a good teacher were. They were given several classroom scenarios and asked how they would respond to each — the exercise, Monroe says, gave her a new appreciation for her own teachers.

Varnum, like Monroe, has been an EdX intern for two years. She interned with kindergarten and first grade classes at Rock Bridge Elementary, where she’s gotten to experience the importance of the teacher-student relationship firsthand.

“One day I was playing with a girl named Laila, who was African-American, and it was just us two,” she says. “We were talking on the bench and making flowers and she decided that I was going to be her ‘sister,’ so she went and told all her friends . . . Being in the program for four weeks made me realize how having a grown-up in the classroom that looks similar to you can have such a big impact. I bonded with all the kids but felt a close bond with some of the African-Americans because they always wanted to be around me and would always ask me for help.”

CPS hopes EdX will help with recruitment and retention of minority teachers. Twenty percent of their students are black or multiracial, but the same is true for only six percent of CPS teachers. Likewise, 6.3 percent of students are Hispanic, but only one percent of teachers are. “It’s important to see teachers who look like the makeup of the community,” Naylor says.

Nikki McGruder, executive director of Columbia’s Diversity Awareness Partnership, is in the middle of conducting a diversity audit for CPS. She says having minority teachers in the classroom is important for all students, not just minority students, “so that they don’t have skewed perspectives of what people can achieve.”

A major part of the EdX program is learning professionalism. The students are hired by CPS through HR and must go through orientation, like they’re regular employees. Adair says that, for some students, this is their first time going through the hiring process. She checks in with the interns and talks with them about professional communication — punctuality, accountability, and responsibility.

“Nicolle always makes sure that I’m doing okay and always will check up on me in school to make sure I’m getting all the assistance I need, even if I don’t think I need it,” Varnum says.

Naylor, Adair, and the rest of the program board serve as a support system for the students, answering questions about college life and the education major. Adair says her position gives her the opportunity to help students make their ambitions their reality — she’s at her best when she’s pouring into other people.

“They literally light up — they’re all so passionate about it. It really is exciting,” Adair says. “What an opportunity to be able to live out your dream and your passion and get paid to do it at such a young age.”

Varnum and Monroe are looking forward to starting college in the fall; Monroe will study at Columbia College and Varnum will go to Stephens. One other EdX intern will attend Columbia College next year as well.

“Now that my college is paid for, I don’t really have to worry about the financial side of things. [Mastering teaching] can really be my goal, and I know that I can really focus on that,” Monroe says.