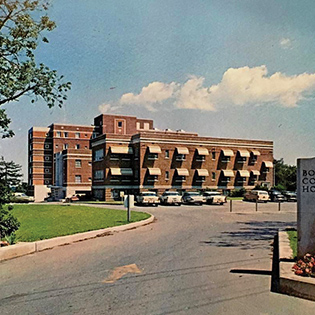 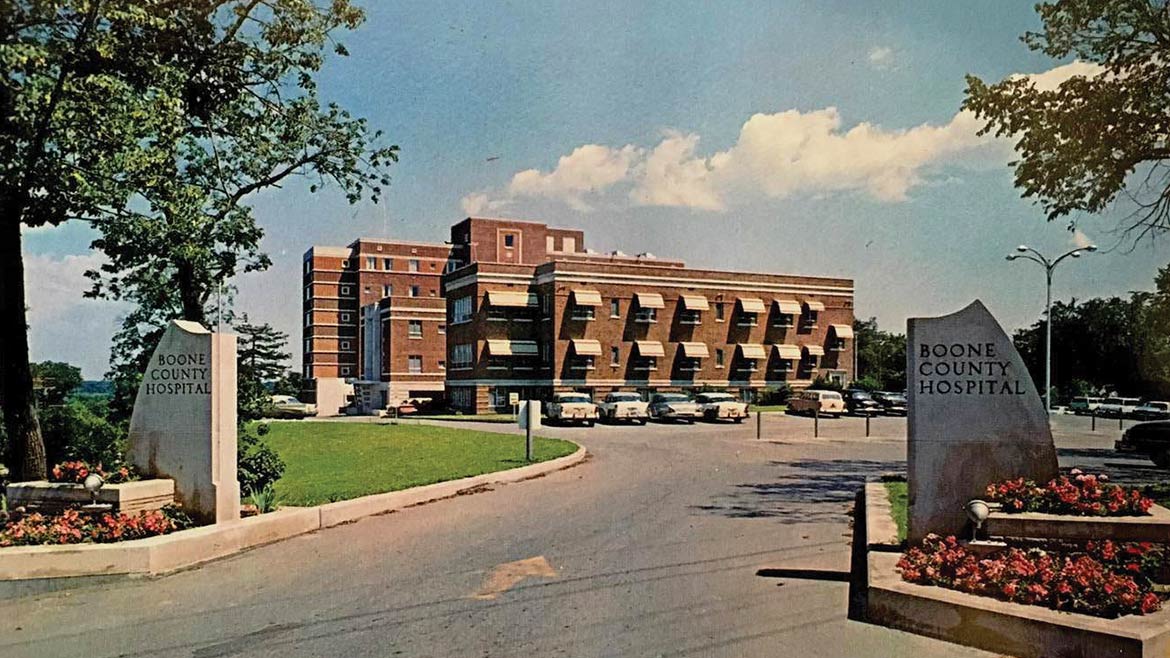 There’s been a lot of area pride during the 95-year existence of what was once known as the Boone County Hospital. Until the late 1980s, the county owned and operated the facility and hired an administrator to manage it. As administrator from 1964 to ’77, James L. Dack oversaw major expansion, modernization, and financial solvency for the county hospital. There’ve been rough spots over the years as the hospital struggled to keep up with growth while new procedures and technology flooded the realm of medicine. There were frustrations after Dack arrived as voters rejected a string of bond issues to finance projects for construction matters as mundane and necessary today as air conditioning. While overcrowding pushed patients into hallways and other areas, a group of local doctors organized and built the Boone Clinic and Columbia Regional Hospital, which opened in 1974.
Things got better, of course, because the constitutionally-mandated percentage required to pass bond issues in elections was lowered while voters acknowledged the need to expand the facility. Yet, overwhelmed by the challenges of rendering high-quality medical care in our rapidly growing area, Boone County’s commissioners wisely decided to lease to an outside group — Christian Health Services, of St. Louis — and the facility was repackaged as Boone Hospital Center. Through several mergers since, the present group is an amalgam of three well-known St. Louis area hospitals — Barnes, Jewish, and Christian. But now the lease is up for renewal, and the hospital board of trustees and the county commissioners want to survey the entire field of options available to operate the sprawling county-owned facility.
Insurance is the key issue now in providing medical care. Physicians and the facilities they practice in are tangling with matters ranging from the Affordable Care Act (and attempts to revise it) to Medicaid expansion, which thus far has been spurned by Missouri but adopted in Illinois. But our neighbor to the east is financially wobbly and virtually bankrupt, and Illinois bonds are considered junk, so there are solvency issues to consider there. At the same time, we hear statements to the effect that the other outside groups being considered — there are two, not counting MU Health — would probably not represent a deal much better for us than the present arrangement with BJC, which by most standards has provided superior medical care over the years, including its tie with Washington University and the WU School of Medicine.
Of course it would be folly for Boone County to even think about taking over the hospital and operating it as they did until 1988. The other extreme would be to pair up with MU Health. Some residents could be expected to bitterly oppose this, perhaps spurring an initiative petition drive or — horror of horrors — moves to recall one or more of the county commissioners. And yet, maybe it’s time to seriously consider this.
Under this scenario, MU would lease the BHC campus to utilize it as a specialized adjunct to University Hospital, similar to the arrangement it has with what used to be Columbia Regional Hospital, now MU Women’s and Children’s Hospital. That would make the most sense to promote Columbia as a major medical destination — “University of Missouri Hospital and Clinics” being a unifying moniker. This would streamline marketing and identification with specialized care, including the exclusivity we enjoy with nuclear medicine. A single brand for medicine and health care looking forward might lead us to a scenario like what brought the three St. Louis-area hospitals together years ago, now operating in unison as BJC HealthCare.