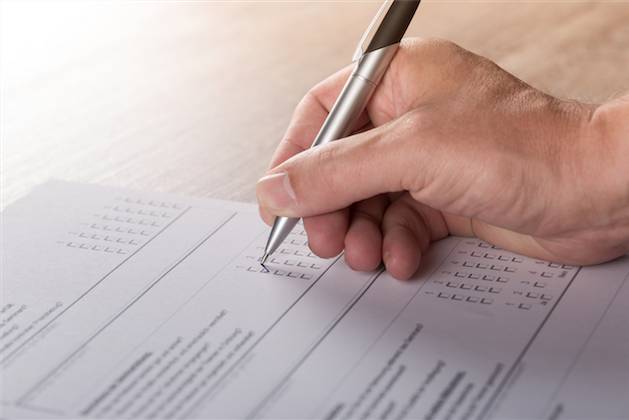 The 'Why' Behind Diversity and Inclusion Efforts in Business


Step into a polling place today and you’ll notice Boone County is a long way from lever machines and punch cards. After a voter checks in on an iPad, she’s handed a paper ballot with bubbles to mark (reminiscent of a Scantron test) and feeds it into an electronic scanning machine, which tallies the vote. During federal elections, accessible touch-screen machines are also available, outfitted with a paper trail for vote verification.
This equipment has changed not only how we vote, but also how election authorities count our ballots. Votes are tallied on memory cards and aggregated by computer. Missouri law requires safeguards and redundancies, of course — all machines are tested well in advance of each election and vote totals are audited and verified after each election — but the bulk of the counting is now electronic. It all seems high tech when you’re comparing it with the voting systems of 20 years ago. So how did we get here? And is it sustainable?
In 2000, a hotly contested race between George W. Bush and Al Gore culminated in a too-close-to-call result in the pivotal state of Florida. During the subsequent recount, the ballots used proved problematic — election officials were having an incredibly difficult time determining voter intent. The butterfly ballot design, for example, led to a high number of accidental votes for a third-party candidate. And punch-cards required painstaking scrutiny to determine the voter’s intent, entering the notorious phrase “hanging chad” into popular vocabulary.
No election authority wanted to repeat the Florida recount controversy. In response, Congress passed sweeping reforms to modernize and improve the election process. Those reforms, known as the Help America Vote Act of 2002, tried to standardize ballots and voting equipment across the country and provided millions of dollars in grants to each state for upgrades. Missouri received over $56 million to, among other obligations, help local election authorities purchase better and more accessible voting equipment. The advances succeeded in streamlining Missouri’s elections, but they also created an expensive dependence on technology.
The Boone County Clerk’s office made its first large equipment purchase in 2006, using $800,000 of HAVA-allocated funds and making up the difference with the county’s general revenue. However, as with we’ve all learned with our own electronic gadgets, technology advances quickly, and obsolescence and breakdowns are very real concerns in such a sensitive situation. Any glitch or unexpected failure during an election adds hours to voting lines and discourages people from voting. Some voters, particularly those with disabilities that rely on accessible voting equipment, may lose the opportunity to exercise their right to vote.
At the same time, each piece of new voting equipment can cost upwards of $5,000, and when you consider the number of polling locations in Boone County alone — there were over 40 for the April election and 82 for the November election — the expenses add up.
Despite the high cost, the county’s equipment is now over ten years old and operating on borrowed time. However, HAVA funds have dried up, and it’s extremely unlikely that any new federal money is coming down the pike. Voting equipment isn’t a line item in the State of Missouri’s 2018 budget. Funds budgeted specifically to the Secretary of State’s office could be used for voting equipment grants, but that’s at the Secretary’s discretion. (And that’s not mentioning that, this past January, the governor withheld $1 million of the secretary’s budget that was earmarked for election costs and local election authority grants).
That means that the responsibility to buy replacements will fall to the county budget and depend on the county clerk’s ability to plan for and efficiently utilize available funds. Boone County has instituted well-run and user-friendly elections — if that’s going to continue, finding new equipment will be an integral part of the equation.