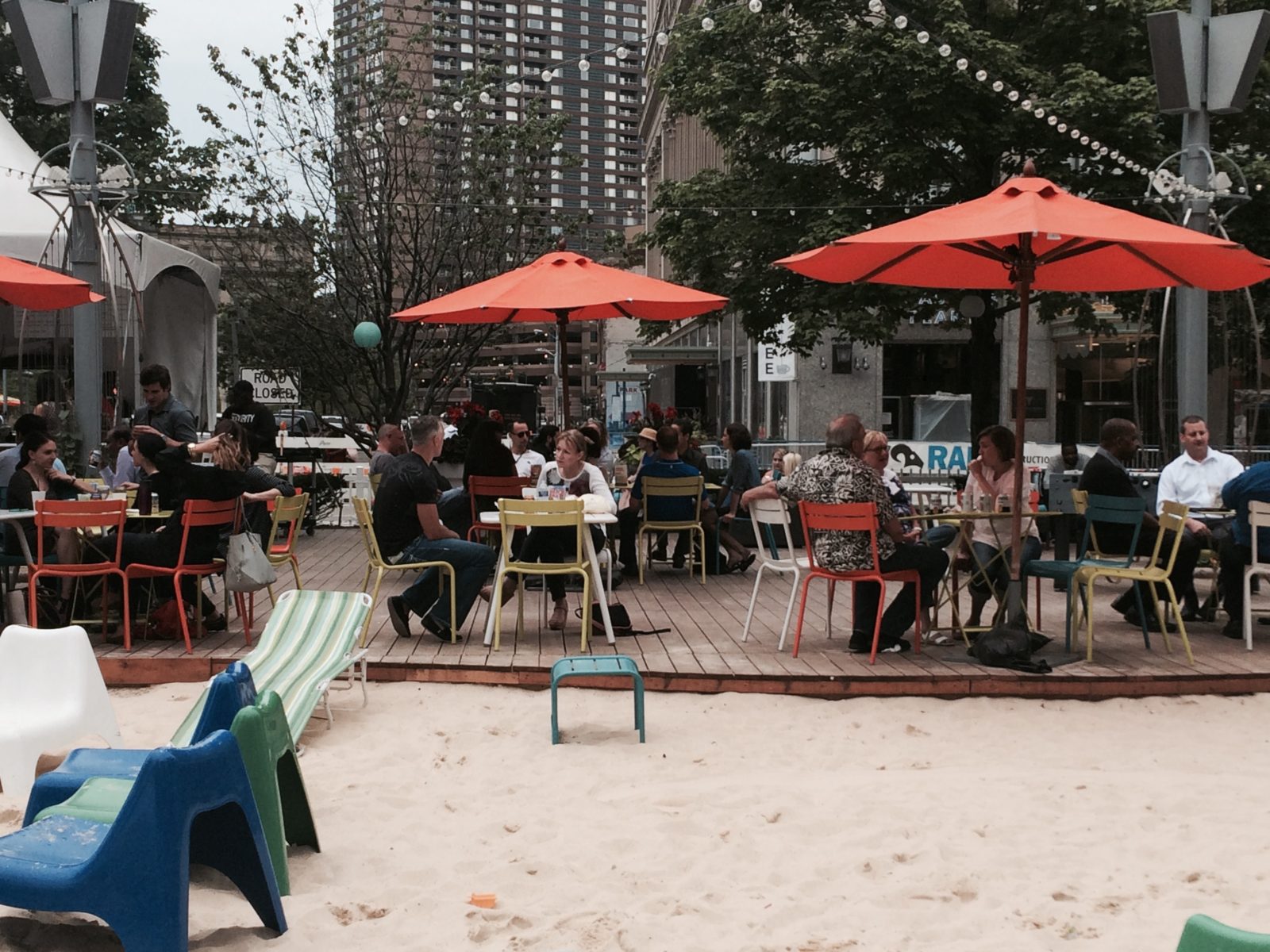 
We travel down streets everyday, but rarely do we ask how this messy mix of buildings, people, and infrastructure came to be. Who planned this?
Planning used to be fairly straightforward — it came from one person with a vision. A planner would look at a public space, decide the best use for it, and then inform the public. We’re all familiar with the spaces created by these men of vision. Pierre L’Enfant and his Washington, D.C. Lucia Costa and his Brasilia. Walt Disney and Tomorrowland.
But the problem with public spaces is that the public insists on using them. So for every famous man who plans a grand boulevard lined with monuments celebrating democracy, you’ve got a much less famous man who decides it’s the perfect place to sell T-shirts.
Streets are public spaces, and people are constantly adapting, molding, and reinventing these spaces to fit their needs, which don’t necessarily fit the vision of the planner. But that’s exactly what makes a street interesting — the ways people choose to use it. I would argue that any public space that isn’t being adapted by the public is, simply put, a poorly designed space.
So, given this, what’s the best way to plan? And if streets are constantly changing as they’re used, what’s the role of the planner?
At The Loop, we’ve just completed interviews for a firm to develop a master plan for the Business Loop, and we’ve been asking ourselves this very question.
The road formerly known as U.S. Route 40 might have been planned by someone at some point, but over the decades, the street has taken on a very different role than the cross-country highway it once was. With very little formal planning or infrastructure upgrades, it nevertheless became an economically healthy street. Businesses focusing on home improvement and autos were successful, so other folks soon opened similar businesses nearby. Customers expanded their shopping footprint and the street became appealing to more businesses. Author Steven Johnson describes the creation of a business district in terms of “swerve,” and businesses continued to swerve to The Loop until the street turned into some of the best Saturday morning retail in town.
Any planner will have to understand the strengths of the street and help us build upon them, but they’ll also have to realize that some of the best planning isn’t planned. It’s not about managing every little aspect of the street; it’s about creating the right conditions for swerve to happen.

How will we do this? We’ve already started the process by asking people how the street could work better. A planner’s job is to listen to this input and translate it into a mix of infrastructure, landscaping, signage, and art—in short, to create public spaces along the street so people can continue to adapt The Loop to fit their needs.
We want you to be a part of this process. We’ll be hosting meetings, taking surveys, and posting our ideas online because we want a public street that is truly public. Visit our website at www.theloopcomo.com for more information and follow us on www.facebook.com/theloopcomo to join in the conversation.

Carrie Gartner is the director of The Loop community improvement district and a contributor to CBT.