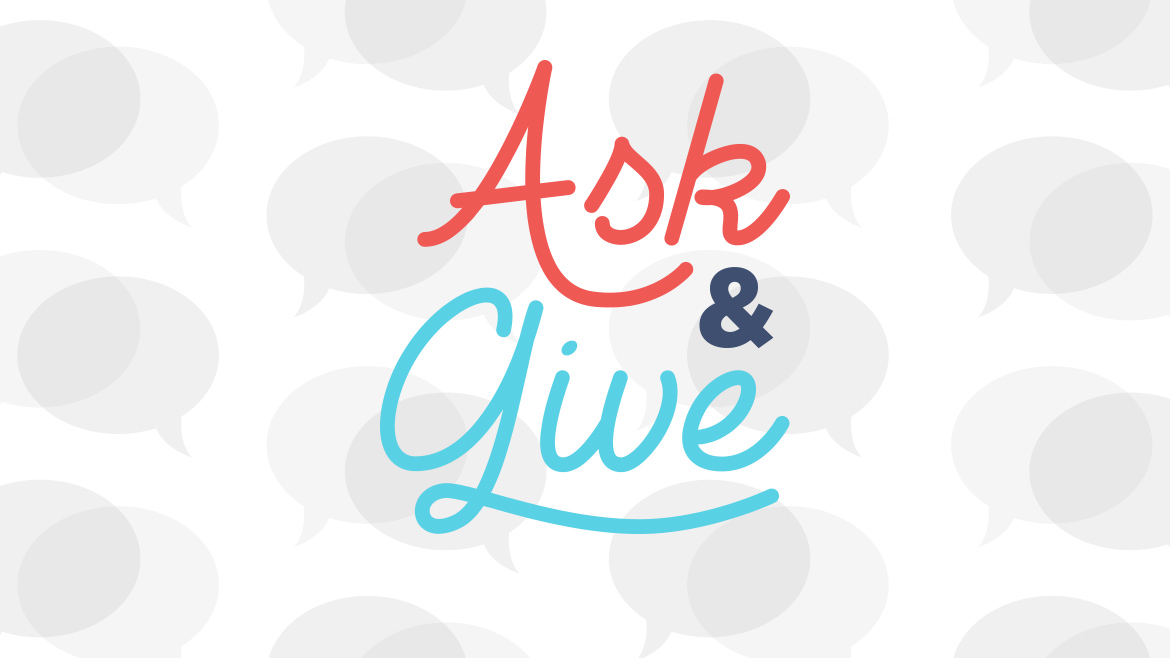 The “asks” and “gives” flowed fast and furious around the sun-dappled table just inside the entrance of the Panera Bread on Brickton Road.

The four members of the unofficial “megamind” collective of female entrepreneurs that meets here every two weeks come to each meeting with one of each: an “ask,” to get the group’s input, and a “give,” to benefit their fellow business owners.
That’s the outline, at least.

“It goes off the rails sometimes,” says Beth Snyder, owner of 1canoe2, an illustration and letterpress studio. The collective is a space in which Snyder, Jesse Bodine, Kristen Graham Brown, and Liz Tucker can share everything: from an issue they’re having with an employee to the name of an NPR podcast they find inspirational, from frustration over the subtle sexism of a recent business interaction to mining ways they can motivate their employees to be self-starters.

A little more than a year ago, Snyder and Brown, who is the founder, executive director, and creative director of Hoot Design Co., heard about a similar group in St. Louis but didn’t want to be involved in something quite so regimented. So they banded with two other Mid-Missouri female entrepreneurs who own artistic endeavors — Bodine, of Scout & Nimble, an online interior design repository, and Tucker, who owns Poppy, the arts and gifts shop downtown — to create something a little less formal.

They started off meeting once a month. They now meet twice as often. “I think it’s been really instrumental just to have that support and bouncing those creative ideas off each other,” says Bodine. “People say it’s kind of lonely at the top because you can’t talk about everything with your employees.”

They’ve found their niche with kindred spirits, entrepreneurs who work in related fields that have run their own businesses for about the same amount of time.

Columbia is a fitting microcosm for the rest of America, where the bulk of venture capital and small-business loans are reserved for male entrepreneurs. But it is also a community that offers resources for hard-working women in all stages of business development — not to mention the benefits of a growing and accommodating network.

“What women do have that maybe men don’t is a real support system,” Tucker says. “If you seek it out, there is a ton of support as far as other female business owners.”

According to Sara Cochran, entrepreneurial programs manager for the UM System, you can look at a set of data and come away with two vastly different impressions when it comes to the current state of female entrepreneurs.

A 2014 Babson College national study found that the percentage of early stage companies with a woman on the executive team that receive venture capital tripled from five to 15 percent in the previous 15 years. The same study found that, while female entrepreneurs are majority owners in 36 percent of all businesses, only 2.7 percent of the businesses funded by venture capital from 2011 through 2013 had a female CEO.

The Kansas City-based Kauffman Foundation combined the U.S. Census Bureau’s inaugural Annual Survey of Entrepreneurs, released last September, with the bureau’s latest Survey of Business Owners data and found that the average revenue generated by female-owned businesses rose nearly nine percent from 2012 to 2014. It also found that, while the average revenue generated by male-owned businesses declined slightly over the same period, it’s still more than two times the female cohort.

“You can find data that show that women own more businesses but, even if they do, their businesses are smaller in revenue, size, and all that kind of stuff,” Cochran says. “It’s interesting — some people will spin it like, ‘Woo hoo! [Women] entrepreneurs are doing great!’ Well, they are, but it’s still bleak.”

Males owned almost 65 percent of the country’s businesses in 2014 and women owned a little more than 20 percent, according to Census data. While the disparity had lessened from seven years prior, those numbers didn’t budge much from 2012 to 2014.

The Kauffman Index of Main Street Entrepreneurship found that 3.85 percent of the adult female population in Missouri owned a business as their primary occupation in 2014, roughly in line with the national average (3.88). The overall rate of business owners across the state, though, was 6.24 percent.

Cochran says there are efforts across the state when planning entrepreneurial events or speakers to increase the diversity of the panelists and include more women entrepreneurs.

Collin Bunch, REDI’s entrepreneurship program coordinator, says the REDI Innovation Hub has a pretty even mix of male and female businesses among the 18 to 20 that are using its services. He says REDI is putting a premium on programming that would attract more female entrepreneurs.

The Missouri Women’s Business Center opened in Columbia in June. Director Jaime Freidrichs says the center has worked with 75 one-on-one clients since then. While the WBC also helps men, the overwhelming majority of the entrepreneurs Freidrichs sees are, unsurprisingly, female. The center is a program of Central Missouri Community Action, which started it with a grant from the Small Business Administration.

The startups she sees aren’t the ones that secure venture capital and scale rapidly. What most of the center’s clients seek is help building a compelling business plan and getting connected to community resources for startup capital. All they need is a little push.

“The women we work with tend to want to go over things multiple times and really make sure all of their ducks are in a row and that they’ve covered all the bases and looked at all the angles,” Freidrichs says. “In a lot of ways, that makes women entrepreneurs a great bet.”

Women tend to be more reticent than men when it comes to going out on a limb and starting their own ventures. Part of that, Cochran says, is because men are more likely to secure capital, and part of it is “socialized” traits of men as the bold risk-takers and women as the risk-averse types that can nurture a business from infancy to fruition.

It’s a dynamic that has worked perfectly for Kelsey Meyer and John Hall at Columbia-based content marketing firm Influence & Co. Meyer started the business and brought in the first few clients, then Hall came on board as co-founder and vastly expanded the customer base. Influence & Co. now has more than 70 employees between Columbia and satellite offices in St. Louis and Kansas City.
“One thing we talk about a lot is how if he weren’t here, we wouldn’t have any clients. And if I weren’t here, we wouldn’t keep any clients,” Meyer says. “Throughout our time together, we’ve kind of learned from one another. It’s still good to have some tension there — if he’s pushing for us to do and try more, that pushes me, and if I’m pushing for how to do things the right way, that pushes him.”

Tucker took over Poppy from its original owner, Barb McCormick, in 2012. She had worked in the shop since 2004 and considers McCormick a mentor.

McCormick once told Tucker about the time when she and her business partner were looking for space to open Poppy in 1981. They scouted out a rental property that met their needs and were ready to make an offer. The owner said he needed to see their husbands’ financials first.

“They decided not to go with that space,” Tucker says.

While Columbia’s female entrepreneurs might not experience such stark reminders of gender inequality, challenging experiences persist.

Meyer says she’s always felt supported in the Columbia community but once, at an out-of-town conference, someone in her field told her that he didn’t know if he could take her seriously because she reminded him of his daughter. Brown had someone tell her recently that she was “all about the money” in her business dealings. She’s convinced she wouldn’t have drawn such a comment if she was a man.

Snyder told the story of a male colleague she encounters regularly who does not tread softly in a female-dominated industry.

“He has no problem really aggressively asking for things, and nobody discredits him for being that way,” Snyder says. “Whereas if I would be like that, it’d be like, ‘Who does she think she is?’”

Confidence is a big topic of discussion at the megamind group: things like over-apologizing or devaluing their own work come up a lot.

Bodine founded Scout & Nimble with her husband, Sam. She says the differences in their managerial styles are striking.

“When I’m saying something, I’m very aware of other people’s feelings,” Bodine says. “My husband is able to be more assertive because he doesn’t think about when somebody else is going to hear that. He’ll say something to one of our employees and I’ll be like, ‘I can’t believe you just said that,’ but they don’t take anything from it. When I’m giving them a task, it’s a lot softer. I think that’s something where I need to know that they’re going to be OK.”

Sandra Marin, who helps advise fledgling tech and science businesses at both the MU Extension’s Business Development Program and the Small Business and Technology Development Centers, says: “We have been able to engage most of the women here because of the sense that they are not starting a business by themselves. What we have created is also a good relationship in which they know that they have somebody that can support them at any time.”

Female entrepreneurs wield influence, whether conscious or not, on the next generation. Snyder says she regularly talks to her 12 employees — 11 of whom are female — about “being an entrepreneur in their own jobs.” Brown’s Hoot Design proudly touts itself as a “woman-driven creative agency in a male-dominated field.” Influence & Co.’s seven-member leadership team includes five females.

“I’ve seen a new group of female leaders coming up in our community, and I’m so proud of those women,” Meyer says. “It’s one of my favorite things about my job — that I get to support and help develop other women to be leaders and become involved in our community.”

So it goes with the megamind group, meeting over breakfast and coffee, trading war stories during a fast-paced, two-hour session that leaves all of its members refreshed and optimistic. They urge fellow female entrepreneurs to find their own support team, one that can ask and give in equal measure.

“I do think it’s a little bit of a unique experience,” Brown says. “The more that we are honest and transparent about what it feels like — hearing about how hard something is — is better than painting a beautiful picture. When you’re down and in a really bad place, you’re thinking, ‘Clearly I’m not cut out to be a business owner.’ But if you knew that Jesse stayed up until 3 a.m. crying last night too, it’s a lot better.”