Self Styled: Cheering on the Tigers

Bruce Walker takes pride in discernment. He’s the president of the angel investing firm Centennial Investors, Columbia’s only group providing angel-level funding to Missouri-based startups. Discernment is a virtue in the startup world, which can be enamored with hype; even more so in angel investing, where the difference between success and failure is, largely, a keenly developed eye for winners. For the firm — comprised of 60 or so member investors — the goal is to continually sharpen their vision.

“We want to make steady progress in terms of becoming better and making more investments,” Walker says. “I think we’re definitely on the right path.”

In CI’s last spending year (August 2015 to July 2016) they invested $1.6 million, the most ever for the organization. They also stepped up their collaboration efforts: with other angel funds, like St. Louis Arch Angels, and with Columbia groups, like the Missouri Innovation Center, who recently received $300,000 from CI to help start their seed-level accelerator fund for tech startups. CI’s was the second largest donation, after MU.

Walker and CI’s leadership team are hoping to use that momentum to establish a sustainable foundation for growth. The more success they have, the more money they’ll be able to invest into the community, which is their founding purpose. “The past year was great and positioned us for this year,” Walker says. “Naturally, the thing we want to do is have really robust deal flow and do more deals than we did last year, or at least as many . . . but we also want to work hard at becoming better at what we do.”

Although it’s now its own entity, CI is a product of the Columbia Chamber of Commerce (Matt McCormick, chamber president, is CI’s treasurer). In 2005, the chamber appointed a task force to research and develop strategies to promote new business in mid-Missouri, and to find a way to appropriately celebrate the chamber’s 100th anniversary. The task force, after deliberating and studying other communities, decided an angel investor group would bring the most impact with the most flexibility; having members rather than dedicated employees would help the group establish itself quickly. In 2006, the idea crystallized as Centennial Investors.

“I thought we would be extremely successful if we had 20 or so members,” says Gene Gerke, a task force member, management consultant, and current vice president of CI. Of the 60 investors currently in CI, Walker says they added six new members in the two months after the end of the investing year.

The group made their first two investments in 2007, Innovia Medical and Terminus Energy. Not long after that, CI invested in Media Convergence Group, also known as Newsy, which went on to become CI’s first (and, so far, only) sale. Newsy, which makes online videos aggregating and analyzing news events, sold to E. W. Scripps for $35 million in 2013. In between, under founding president Andrew Beverley, now an entrepreneur in his own right with Columbia Bancshares, CI accrued a diverse portfolio — and experience.

“I think we’ve become more sophisticated in how we look at startups,” Gerke says. “We’ve learned the best ways to help them and we’ve learned what works and what doesn’t.”

Only three of the 21 companies in CI’s portfolio have lost their investments. Excluding Newsy, 16 companies are operational, and one is working to sell its intellectual property. Some of CI’s companies — Elemental Enzymes and EternoGen Aesthetics, among others — have been held up as examples of Columbia’s entrepreneurial potential.

CI originally wanted to invest in only mid-Missouri companies, but, to establish a more consistent deal flow in their early years, they expanded to include any company in Missouri, including companies in St. Louis, Illinois and Kansas. CI especially likes businesses related to technology or science (or both). “Those are the jobs that we want to bring to Columbia, and those are the companies that are scalable and have the highest growth potential,” Walker says. 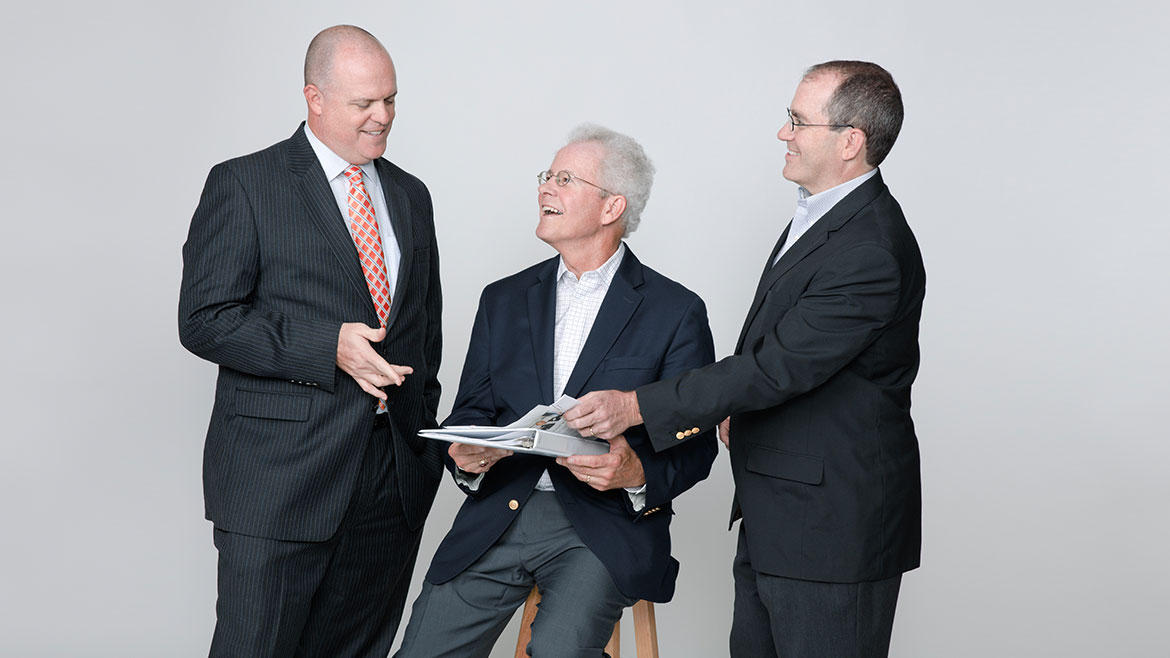 But the science and tech focuses aren’t strict criteria, and recent additions signal a more eclectic flair among CI members. NexMatix, a company that makes directional control valves for manufacturing, attracted 45 investors. CI members also invested in Greetabl, a company that makes designer greeting cards that are personalized and shipped as a three-dimensional box. Greetabl pitched to CI after finding funding from angel groups in St. Louis, a process of teamwork that CI would like to see more of. Walker and Gerke both praise the caliber of investments that CI has made in the past year, and both talk about CI like they’re settling into a new role in the community. “I don’t know how any community can drive growth without risk capital,” Gerke says. “And I think we provide that risk capital.”

CI’s $300,000 in the Missouri Innovation Center’s accelerator fund was perhaps the most significant investment they’ve made in recent years. It allows them to, as Walker says, “have a second bite at the apple”: there’s a ready-made pipeline for accelerator clients to have a second round of investing through CI once the company becomes stable. CI and the MIC already have crossover, and Walker says all of CI’s members have deep admiration for the MIC’s leadership staff, including CEO Bill Turpin. The accelerator fund also represents a new manifestation of CI’s roots: a community-driven program to help establish businesses in mid-Missouri. Walker says, “Our investors all have different motivations, so I’m just generalizing, but I think one part of the motivation was that [the accelerator] is something that’s going to be good for Columbia.”

CI, having spent a decade working to develop itself alongside the companies it was funding, will grow in 2017. They’ve formed a task force to put together set deal terms for the three most common patterns in angel investing (doing so will help investors set clear expectations and help companies make sure they’re a good fit before pitching). For the first time, CI is considering actively recruiting new members, hoping to broaden their expertise and leverage now that they have established deal flow. They’re setting up for scalability. In that way, CI is a startup itself.