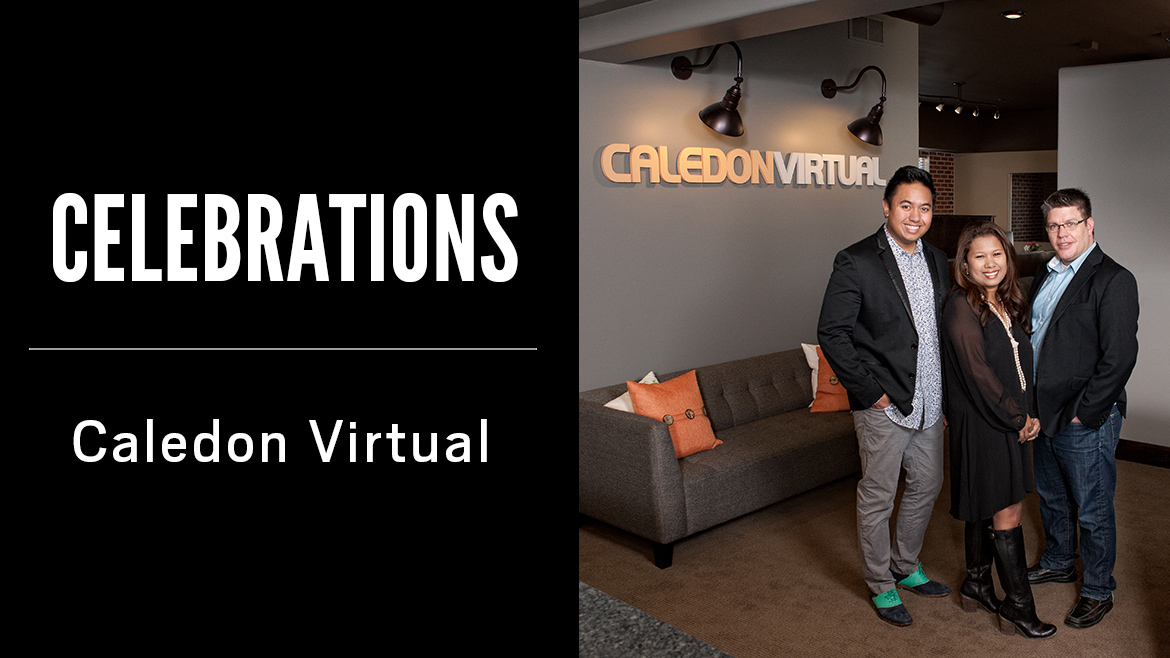 In 2013, a study produced by the Institute for Communication Technology Management at the USC Marshall School of Business said that, by 2015, 15.5 hours of the average person’s day will be spent absorbing media. In Columbia, the full-service marketing firm Caledon Virtual aims to utilize every minute, armed with a new office space specifically built to accommodate every member of their team and clientele in 2016 and beyond.

During the recession, J. Michael and Nelly Roach, founders of Caledon Virtual, struggled to keep their previously flourishing marketing agency, IDP Group, afloat. The couple tried to close the agency, but their clients had something else in mind.

“They refused to let her go,” account executive Rob Roach says. “Some of Nelly’s clients said ‘No, we want you. We don’t want you to leave.’ So, she decided to stick with these few clients, and she only had eight dollars in cash.”

Along with the publicity coming from Nelly Roach’s involvement with the Rotary Club, these few clients spawned the unintentional beginnings of Caledon Virtual: a full-service marketing firm striving for good relationships.

Caledon grew more than 100 percent each year from 2007 to 2011, which made it difficult to continue running the company out of the Roachs’ home, on Caledon Court in Columbia. The business received a city ordinance ticket citing the growing number of cars parked outside the makeshift office.

“We always upsize when we absolutely have to,” Rob says. “We try to keep everything in as close proximity as possible until we can’t take it anymore.”

With the help of Kliethermes Homes & Remodeling, Caledon Virtual took their office to the next level in 2015, leasing an entire floor in a building across the street from their previous Cherry Hill location and undertaking a complete remodel.

Cale Kliethermes is not only remodeling Caledon’s new office, but is also a long-time client.

“I feel like they really do understand who our clients are and the processes we take people through.” Kliethermes says. “They continue to challenge that every year and make sure we attract the people we want to attract.”

Today, Caledon boasts more than 400 clients and 20 staff members, including account executives Rob Roach and Kenzie Staloch. While many marketing agencies are a one-stop shop, Caledon’s staff constantly keeps up with their 120 clients. Their teamwork facilitates not only their clientele, but also their working environment, which framed the entirety of the remodel.

“We’re known for our culture and team camaraderie.” Rob says. “Think about ‘The Office,’ but with really nice people.”

Unlike the TV show’s white-washed walls, the new Caledon Virtual office has open spaces, brick walls and neutral tones throughout the open floor plan. The creative and software departments have plenty of space to work, while the client service department is a cooperative area with lots of counter space. In the future, the walls will hold a mural of the client service team.

To signify the team’s transparency with one another, Nelly’s office has glass walls rather than plaster. Soon, a painting of a Palawan turtle, also known as a Philippine Forest turtle, will make a statement on her office wall, representing her family’s Pacific Islander heritage.

The office recharges the missions of Caledon Virtual, supporting the passionate team on every platform and allowing for more projects and clients.

“We love being with each other and interacting with our clients,” Rob says, “and so it’s awesome that we get to reach for our potential at the same time as helping others reach theirs.”