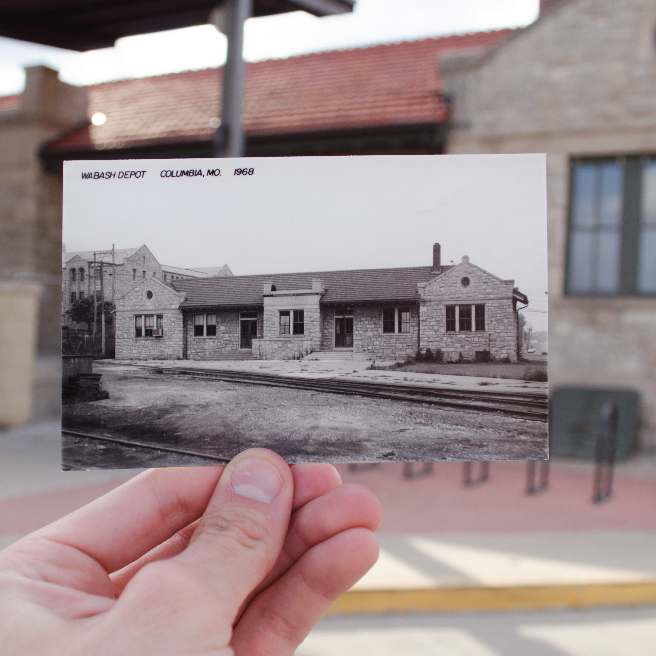 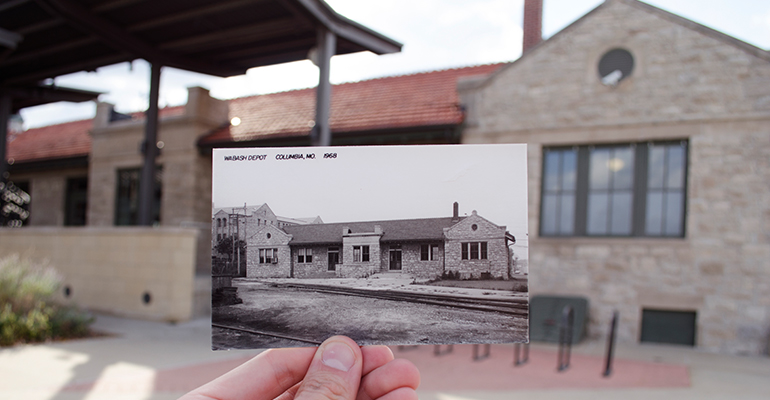 Wabash Station is a one-story, H-plan Jacobean building, according to the National Register of Historic Places. Located at 126 N. Tenth Street, it sits on a stone and concrete foundation, with a partial basement under the north end. The station can be entered on both the east and west sides through large double-doors. The interior construction and design gives off a home-like atmosphere and was finished in mahogany woodwork with concrete floors.

The station originally opened as the Wabash Railroad Station in 1910, and it provided passenger train service until 1964. The station was built at a time when Columbia was experiencing rapid growth, with new businesses and a growing population arriving daily by train. Many of the passengers who arrived on the Wabash were connected with the University of Missouri, either as students or staff.

In 1979, the station had been unused for almost a decade. The city purchased the Wabash Train Station, and the adjacent seven acres, for $250,000. During that same year, the station was listed on the National Register of Historic Places, as it played an integral part in the growth of Columbia. In 1982, the city began using the station as a bus depot.

In 2007, the station was completely renovated and expanded with the intention to make it a multi-modal transportation center. The expansion included the addition of a new administrative annex and an expanded waiting area in the historic depot. Artwork created by local artist David Spear, as part of the city’s Percent for Art Project, was added to the walls. The historic renovations included restoring the clay roof and refurbishing of the limestone exterior and historic windows and doors, according to an EPA historic preservation case study.

“[Wabash] is a great historical marker for the city and university students. It has been a transportation center for over 100 years,” Brooks says. CBT