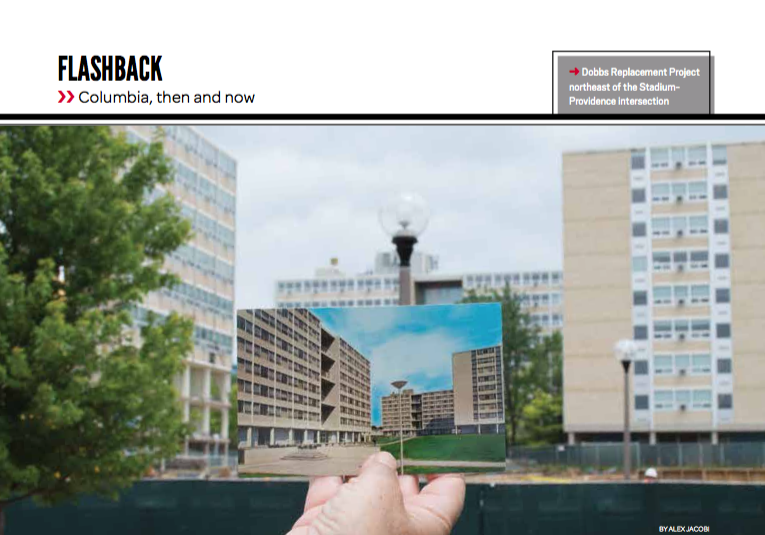 Jones, Laws and Lathrop residence halls on the University of Missouri campus are seeing a makeover, beginning with the Jones Residence Hall and Dobbs Pavilion being torn down.

This area, the Dobbs group, is part of a master plan of residential hall renovations that Mizzou Residential Life has been thinking about since 1997 and began planning for in 2001.

Frankie Minor, director of residential life, says the first issue in making this renovation decision was weighing the cost of renovating the buildings against the cost of replacing them. The buildings received renovations in 2002, which included fixing water leakage issues and installing window air-conditioning units. That helped for a while but wasn’t a long-term solution.

“It was like putting a Band-Aid on it,” Minor says.

In 2012, the decision was made to tear the buildings down and replace them.

“We needed to increase the capacity on the site, and we couldn’t do that if we renovated,” Minor says.

Minor says the buildings, built in 1957, are due for an upgrade. They’re not energy efficient, for example, so the upgrade will improve that aspect of the buildings.

“We know more about energy efficiency now than we did in 1957,” Minor says.

The buildings will also see an upgrade in space for studying and aesthetics.

Jones Residence Hall has 340 beds. With Laws and Lathrop halls, the area offers 1,010 beds total. The renovations to this area will increase the total bed count to 1,269.

“The expanded footprint of the new buildings — planned to be five stories tall and styled similar to North, Center and South halls — will cover where Jones currently is and the basketball court on the south side of the building,” according to a press release from Mizzou News. The upgrade will come at a cost to students, $250 more a year. Currently, it costs $4,625 a year to live in Jones.

“The buildings look out of place…” Minor says. “The upgrade allows us to have more architectural consistency.”