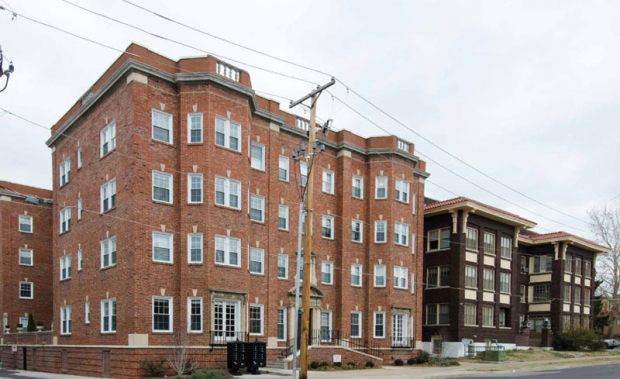 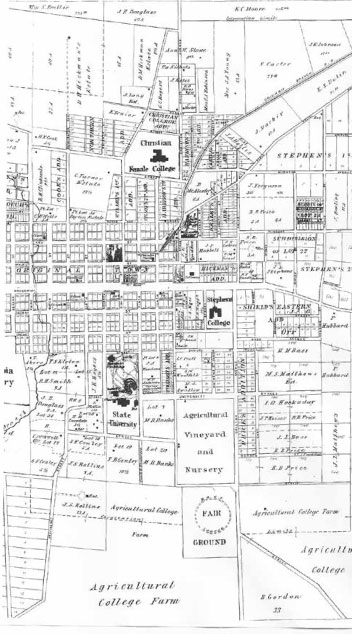 Driving down University Avenue, you might not notice the four-story brick apartment building that sits on the corner of University and Hitt. This piece of Columbia’s history has been standing in that very spot since 1928. When it was built, it became one of the largest early-20th-century urban apartment buildings in central Columbia. The Frederick Building has been home to many of Columbia’s most influential people over the years and has recently undergone a remodel to preserve its original beauty and history.

It’s no secret why this building was so attractive to young Columbians. Walking up to the building, visitors are greeted with beautiful iron handrails and a gorgeous front door. Above the front door is a pair of Air Force wings. These were placed in honor of Frederick W. Neidermeyer Jr., son of the builder, F. W. Neidermeyer. There are bay windows on each side of the building, alongside a set of French doors.

The interior is just as attractive as the exterior. Through the front door, the impeccable architecture is apparent, with marble floors, an ornamental staircase and a small elevator tucked in the corner. The architecture of the building was done by David Frederick Wallace, whose claim to fame is his relation to former President Harry S. Truman, who happened to be his brother-in-law. While the building was under construction, Truman was living in Independence, Missouri with Wallace, along with his mother and sister. It was said when the building was in its baby stages, Neidermeyer wanted to build “a four-story fireproof structure of concrete with a brick curtain. It will contain thirty nine apartments with electric elevator service… The apartment will be known as the Frederick Apartments.” That’s exactly what he did.

‘The nicest apartments in town’ 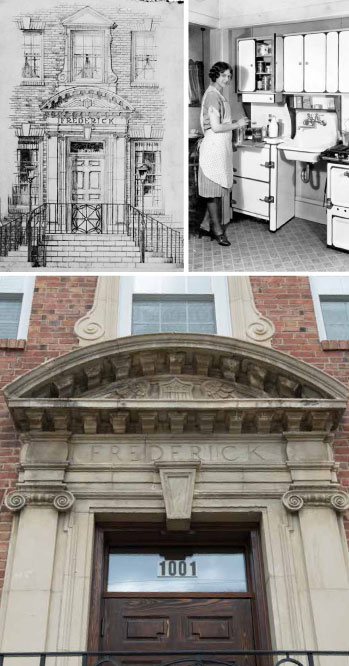 Early residents of the Frederick Apartments include owners and employers of businesses located in downtown Columbia as well as the University of Missouri and other colleges in Columbia. Another early resident was Columbia legend Charlie Digges Sr. and his late wife, Margret.

Charlie and Margret were newlyweds when they discovered the Frederick Apartments. In August of 1946, they made it their home.

“They were the nicest apartments in town,”Charlie says. “We had a corner apartment with two bedrooms on the third floor. And guess what? Our rent was $50 per month.”

The Frederick Building is now across the street from the music building on the MU campus, but back in 1946, Charlie remembers there being a small grocery store on the corner, owned by Dick Wyatt. Downtown Columbia had its fair share of small restaurants, mercantile and bars when the Digges lived in the Frederick Building. Charlie and Margret used to frequent Harris’s Café, where Britches Clothing Store is now located. Down the street from Harris’s was another local favorite, Virginia Café.

“Oh, I used to get the best chicken and dumplings from Virginia Café and of course the apple pie,” Charlie says.

Each apartment had all the modern amenities that were available in the 1940s, including a nice sink. That might not sound like a big deal, but there’s a story behind it.

“I normally played golf every Sunday at the country club with my friends, but one rainy Sunday, Margret and I decided to head to the movies,” Charlie says. “Before we left, she was cleaning the plates from our lunch, and the water shut off. We left, and a few hours later when we returned home, we found the whole apartment flooded. The poor gentleman below us had water seeping through the ceilings. We just felt so terrible! Lesson learned.”

This piece of downtown Columbia’s history isn’t done yet. There are tenants living in each of the units at the Frederick Building, thanks to Jay and Wilson Burchfield from Silver Tree Companies. The building has been completely restored and looks beautiful inside and out. Its tenants are still young Columbians, grad students, medical students and young professionals.

So next time you’re driving down University Avenue, look for those Air Force wings marking the Frederick Building as one of Columbia’s most historic structures.

*Special thanks to Jay Burchfield for giving me a tour of the beautiful Frederick Apartments; Deb Sheals, for giving me the Historical Preservation document; and Charlie and Kathy Digges, for opening up their home and allowing me to sit and chat for a couple of hours.