“You’re some kind of father!” my middle son said as he stomped up the stairs to his room. I waited for the door to slam, but restraint was shown.

Immediately preceding this drama was the fifth argument of the afternoon between the oldest and the youngest. I admit it; I was at my wit’s end.

“I think it’s time to take a break,” I testily suggested. My middle son looked surprised. “Why?” he asked. 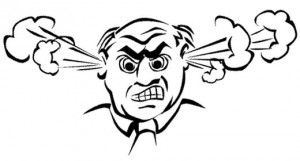 I proceeded to recount the arguments (and I admit it, I might have channeled the boys’ tones and intonations):

He was affronted by my imitation, and that’s when he yelled, “You’re some kind of father!”

Before yelling something equally ridiculous, I took a deep breath. When did my 9 year old become a teenager? I must admit that it did make me think about an email I sent to teachers during my time as the principal at West Boulevard Elementary. In an effort to reinforce the idea that humility trumps hasty and that patience is truly a virtue, I quoted the first stanza of Rudyard Kipling’s If:

If you can keep your head when all about you
Are losing theirs and blaming it on you,
If you can trust yourself when all men doubt you
But make allowance for their doubting too,
If you can wait and not be tired by waiting,
Or being lied about, don’t deal in lies,
Or being hated, don’t give way to hating,
And yet don’t look too good, nor talk too wise.

I’m glad I did. I walked upstairs and lightly knocked on the doorframe to his room. I asked if I could sit down. With his head down,
he shrugged, which was his non-committal way of saying, “Fine. Sure. Whatever. I don’t care (even though I really do).”

I looked at him and said, “That was hard. Your face, when I imitated you downstairs, looked like this (I made a shocked and hurt face – by the way, this is such a good way for an adult to get a child to look at him/her during a conversation).” We talked for a while.

I reminded him of the friendship he has always had with both his brothers. We talked about the difference between tattling and reporting (there is a huge distinction). We talked about the things we can do when we’re frustrated. And how sometimes, it’s ok to call a time out from a situation, especially when you’re losing your patience.

We ended up hugging. I apologized for mocking him, and he accepted my apology. I thought about asking him to apologize for the hurtful and exceedingly sarcastic words, but then I decided not to.

Maybe I should have.

But there is one thing for which I am certain: This will not be the last time one of my three boys chooses to insult me.