Not Defined by Diagnosis

Three Midwest women create companies that focus on helping a hand across borders.

The phrase “making a difference” receives a lot of buzz these days, but truth be told, providing a helping hand to others can be challenging, particularly when there are cultural and language differences. Yet, three organizations with Midwestern roots are doing just that. In their efforts to do the right thing, they are providing life-changing experiences for all involved. 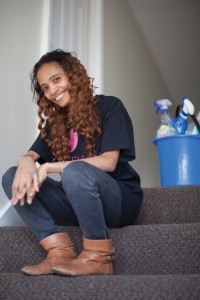 Jen Wheeler never intended to own a business, but in 2008 she began to reconsider. At the time, dozens of refugees who were attending her church were struggling to find work even though Jen and other church members tried to help. Because they were unable to speak English, no one would hire them. By January 2010, Jen, with no prior business experience, decided to go out on a limb.

“I Googled how to start a business and followed the steps,” she says. Within weeks, her cleaning company, Safi Sana, which means “very clean” in Swahili, was up and running.

After such a smooth start, Jen quickly faced the reality of operating a business single-handedly. Although she minimized communication problems by utilizing a translation app on her phone, transportation was another issue because her employees didn’t have drivers’ licenses. And once word spread that she was helping refugees, large amounts of clothing and household item donations began pouring in. Realizing she needed to change her business plan, in November of 2010 she closed her original for-profit Safi Sana and reopened it under the umbrella of her new nonprofit organization, City of Refuge.

Today, Jen, a stay-at-home mom with four children, serves as the board director for City of Refuge and runs Safi Sana with a staff of three other stay-at-home moms: Danette Robb, financial manager; Melissa Worley, employee manager, who takes care of all the hiring, scheduling, supplies and paperwork; and Annie Freeman, general manager, who works with the client side of the business to set up jobs and communicate with customers. “It’s important for our clients to understand that we aren’t just a cleaning company,” Annie says. “We want our clients to have 100 percent satisfaction, but at the same time, we also want to look out for our employees.”

To date, Safi Sana has employed more than 40 refugees and immigrants, and most of them have graduated into full-time positions at other companies throughout Columbia. Although the organization reaches out to refugees, Jen says Safi Sana hires anyone looking for extra income, such as college students. “I average around six refugee cleaners and seven American-born workers [including the three managers],” she says, “many who are stay-at-home moms.”

In addition to Safi Sana, City of Refuge, which is committed to helping refugees and immigrants get back on their feet, provides many opportunities, such as tutoring in reading and writing English. The organization also helps refugees with doctor visits, job hunts, driving skills, opening bank accounts, getting cellphone plans, applying for college and obtaining clothing and household goods.

“We try to help in any way that we can to help them succeed in this country,” Annie says.

Melissa sees hope and potential in every person they assist. “Giving them this one step up, this one opportunity,” she says, “a lot of them have been able to grab it and run and go other places and get a more stable career.”

She also values the personal relationships that develop over time. “I love the diversity and different cultures and experiences and having it all welcomed into my home,” she says.

Annie agrees but doesn’t get to see the refugees as much as she would like. “But when I do, I hear their stories, and I remember this is why I do this,” she says. “It puts my life into perspective, and I realize we are so thankful for what we have.”

For Melissa, the satisfaction in helping others is her biggest reward. “All businesses have bad days; it is then that I like to think about what is going well,” she says. “That is what I am most happy about, that the people that I work with have jobs and can contribute to their families. I love these people, and I want to do it as long as there is a need.”

Because Every Mother Matters | bemmteam.org 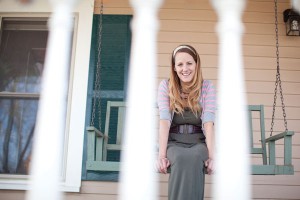 Six years ago, when Steffany Cooper went to Ethiopia to adopt her 2-year-old twins, she befriended an Ethiopian mother who was experiencing a high-risk pregnancy. Although Steffany says it seems crazy now, she brought the woman back to stay at her home in Rocheport, Mo. But she’s so glad she did. “The doctor said, ‘Steffany, you did a good thing; she would have died if she had stayed in Ethiopia,’” Steffany says.

The woman and her child eventually returned to Ethiopia, but the experience left a lasting impression on Steffany. “Once I had this woman come and live with me, I realized no matter where we are, we are all sisters; we want the same things,” she says. Through research she also discovered some very disturbing statistics: In East Africa, one mother dies out of every 11 live births (compared with one in every 8,000 births in the United States). Her desire to help other Ethiopian mothers prompted her to create Because Every Mother Matters.

One of the first programs Steffany initiated through BEMM was a birthing kit program. Many Ethiopian mothers, particularly those who live in isolated, mountainous areas, hike hours to receive medical care. By the time they reach their destination, both mother and baby are distressed. By providing free kits to villages throughout Ethiopia, BEMM provides mothers and birth attendants basic supplies for a cleaner and safer delivery. BEMM has also raised money to purchase 4-by-4 ambulances to help women down the mountains and has trained local women to serve as midwives in remote villages. 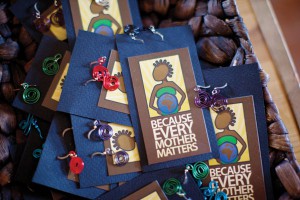 In 2011, BEMM launched its Sponsor a Mama Program. For $55 a year and a three-year commitment, a mother from the United States or any other country can sponsor an Ethiopian mother. Sponsorships provide the mother with medical care, continuing education, counseling, money management, job training and small-business opportunities. Sponsors are also encouraged to write a letter to their “mother” twice a year, send a package and visit, if possible. Sponsors can go on the mission trips that Steffany leads twice a year, but the trips are open to anyone who wants to help. “People have come on the mission trips to provide medical help and then make a connection with a woman who they want to sponsor,” she says.

Steffany feels the most beneficial part of the mother sponsorship program is that it encourages Ethiopian women to believe in themselves. “I’ve had them say to me: ‘Before I met you, I was dirt. People just walked on top of me and did not even know I was alive,’” Steffany says. Through the sponsorship program, many women have launched successful businesses, such as vegetable and spice stands, created sellable crafts and even set up small refreshment bars. From the States, Steffany helps financially by operating a small store from her Rocheport home, where she sells items made from the women she assists as well as crafts from local artists. 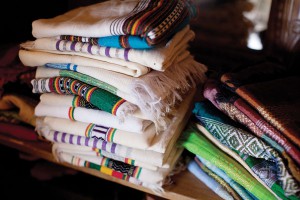 Along with helping mothers, BEMM protects young girls at risk for sexual exploitation through its safe house, Sada’s House. “I have between five and eight girls in my house at one time,” Steffany says. Because many of the girls are quite young, often younger than 10, she established a foster care program matching the girls with successful women in her mother sponsorship program.

Overall, Steffany believes helping others is all about making a personal connection and that by extending your love outward, it can’t help but come back. “I have no experience,” she says. “It was just a conviction that everyone can make a difference, and everyone should try.”

In 2008, following her graduation from the University of Missouri, Liz Bohannon made a bold move — to Uganda. Hoping to put her journalism degree to good use, she intended to research and write about the effects of poverty on women from a global standpoint. But her focus changed abruptly when she befriended a group of talented young women struggling to pay for college. “I knew I was in a certain place in a certain time and that the story of these women would become a part of my story,” Liz says. The Ugandan school system provides a nine-month gap between high school and college so potential students can earn money for tuition. But in a country with an 80 percent unemployment rate, this a daunting task, especially for women, who face societal stigma and discrimination.

Liz and her husband, Ben, brainstormed various ways they could help these women achieve their educational goals, but coming up with a feasible, sustainable solution to a problem of this magnitude was challenging. That is, until Liz recalled making a pair of “funky, strappy sandals” a few years back. With an idea in place, they spent the next several weeks searching for materials and learning everything they could about making footwear. After several months of development, the Bohannons launched Sseko Designs in 2009 and set up their first shop beneath a mango tree in Uganda. Sseko, a derivative of the word “Enseko,” means “laughter” in Luganda, one of the major languages spoken in Uganda.

Since its inception, Sseko Designs, whose tagline is, “Every sandal has a story,” has graduated five classes of women, all of whom are currently pursuing college degrees. The company has also expanded its product line in the past five years to include scarves and leather bags, and it has moved several times, most recently to a building in Kampala, the capital of Uganda. Today, along with college-bound women, Sseko employs women from all walks of life and provides an opportunity for more women in East Africa to end the cycle of poverty and create a more equitable society. For instance, the business partners with a nonprofit in Uganda that works with women coming out of the commercial sex industry. “Without viable and dignified employment options, these women would continue to be vulnerable,” says Liz, who visits Uganda several months every year.

“Our goal in starting Sseko was to build an organization that crossed borders, oceans and cultures, and within its walls, there would be no giver and no receiver in the relationship,” Ben says. “Seeing these women start to believe that they can be providers for their family and start to believe that they don’t need a handout but have the ability within themselves, there is humanity and dignity that comes with this that I’m most proud to be a part of.”

Liz agrees and appreciates Ben’s dedication to the company, especially overseeing the daily operations. “He is a brilliant, driven, compassionate man that pushes both our company and me to greater heights,” she says.

But it’s the kindred spirit Liz feels with the women of Uganda that truly motivates her to return to the African country several times a year. “To look someone in the eye that might differ from you in every way and to want for them what you want for yourself, which for me are opportunity, respect, adventure and joy, is a beautiful thing,” she says. “And that is the thing that I believe fuels lasting social change.”