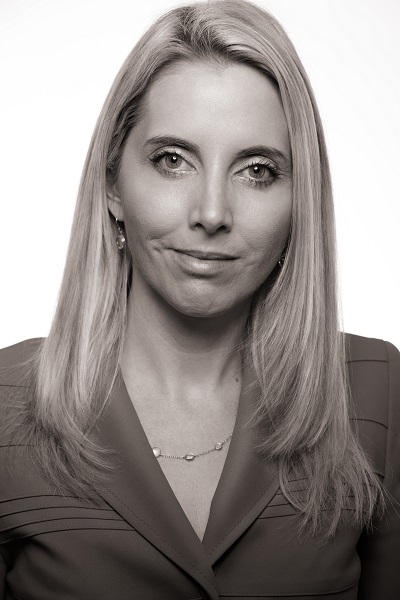 >>Job description: I fight to protect the rights, records and freedom of the accused in criminal and traffic cases.

>>Education: J.D. from the University of Missouri Law School in 2006, Master and Bachelor of Science in accountancy from MU in 2001

>>Community involvement: I’m vice president of the Boone County Bar Association. I serve on the boards of directors for the Columbia Chamber of Commerce and the Heart of Missouri United Way. And I’m a weekly guest on the Gary Nolan Show on 93.9 the Eagle on Thursdays from 11 a.m. to noon.

>>Professional background: I worked as a CPA prior to law school. After law school I spent one year clerking at the Missouri Supreme Court for Judge Mary R. Russell. Then I spent a little more than three years working as an assistant public defender here in Columbia. After that I opened the Bukowsky Law Firm, where we recently celebrated our three-year anniversary. I’ve handled more than 1,250 cases defending clients charged with everything from DWIs and traffic matters to more serious charges such as rape, robbery and murder.

>>A favorite recent project: I have two pro bono cases in which I’ve filed habeas petitions to seek the release of two men, each imprisoned for murder, who have actual innocence claims. In one case, there was no murder; the six pathologists who have reviewed the case all agree that the decedent died from a methamphetamine overdose. In the other case, my client was only 14 years old at the time of the offense, and his attorney did not call any witnesses in his defiance trial — including seven eyewitnesses to his actual innocence.

>>A Columbia businessperson I admire and why: Brant and Brock Bukowsky. When I started dating Brant in early 2000, Brant and Brock worked together out of a bedroom of their little house on Lupine Drive. The bedroom was packed with computers, which made the room hot, so they worked shirtless, just the two of them in there together, all day every day. They had zero employees. Over the course of the past 13.5 years, I’ve watched with continued amazement as they’ve started and grown different businesses, most notably Veterans United Home Loans.

>>Why I’m passionate about my job: Criminal defense is not about criminals; it is about defending individuals from the government. When I fight to defend the liberty of my individual clients, I protect liberty for everyone.

>>If I weren’t doing this for a living, I would: This is it. I do what I do because I believe in it, and I love doing it. There are other things that interest me, such as journalism and politics. But I belong in the courtroom.

>>What people should know about this profession: Years ago, a senior partner of a law firm I worked for during law school told me that “the law is a jealous mistress.” Over time I’ve learned what that meant. The practice of law is a competitive profession filled with competitive people who want to win, to beat the other side. My desire to win is like a jealous mistress because it continually lures me away from spending time with my family. Luckily, my husband knows this about me, and he can usually (but not always) help me maintain a good work/life balance. If it weren’t for him, I’d probably live alone with two malnourished cats and work 90 hours a week.

>>What I do for fun: I like to throw big parties. I haven’t met a card game I didn’t like. I enjoy adventures that follow long airplane rides. I love planning my next outfit, and I spend way too much time in my closet. But what I actually spend most of my “free time” doing is working.

>>Family: My husband, Brant, and I have two (handsome and intelligent) sons: Blake, 6, and Gus, 4. My parents are Kevin and Kathleen Koboldt. They met as freshmen at MU and got married at the A.P. Green Chapel in Memorial Union the day after they both graduated on May 11, 1974. All four of their children are Mizzou Tigers. My brother Dan got his bachelor’s from MU. My brother Tim went to MU for both undergrad and medical school. And my youngest brother, Kevin, is a freshman at MU this year.

>>Accomplishment I’m most proud of: Last year I got what I’m told is the first “not guilty” verdict on a Boone County murder case in 47 years.

>>Most people don’t know that I: Can exercise my right to remain silent.