Briefly in the News for August 2012 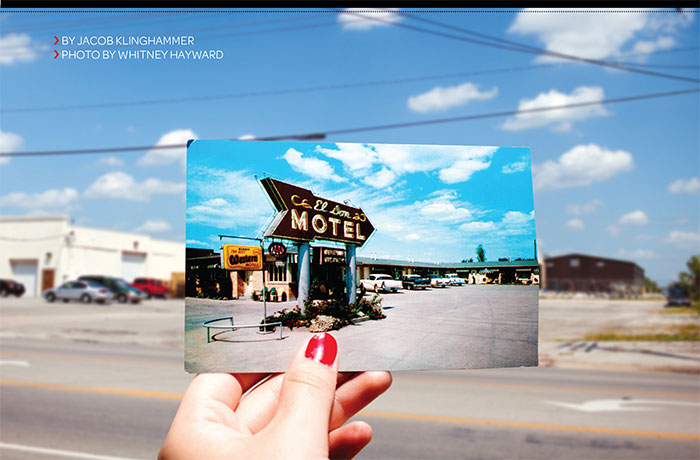 “Em, spent Monday in this motel after passing through St. Louis. Havin’ a ball – livin’ high – see you soon. George.”

This note, scrawled on the back of an El Don Morel postcard, was one of many coming out of Columbia in the late ’50s and early ’60s. The city’s decade of growth attracted motorists such as George to its new shops, restaurants and epartment stores. “Motels probably represented the largest increase in business,” wrote Warren Dalton, a columnist for the Columbia Daily Tribune. Many of the new motels such as El Don sprang up along Business Loop 70, sandwiched between the interstate to the north and the booming downtown district to the south. The list includes nostalgic notables The Travelelier and the Howard Johnson Motor Lodge.

El Don was part of the Best Western franchise and owned by Mr. and Mrs. Clark L. Jackson before being converted into Stephens Holiday Motel. At its peak, El Don boasted rooms equipped with air conditioning, telephones, television and radio sets. The build has since been demolished, and the land is currently used for parking.