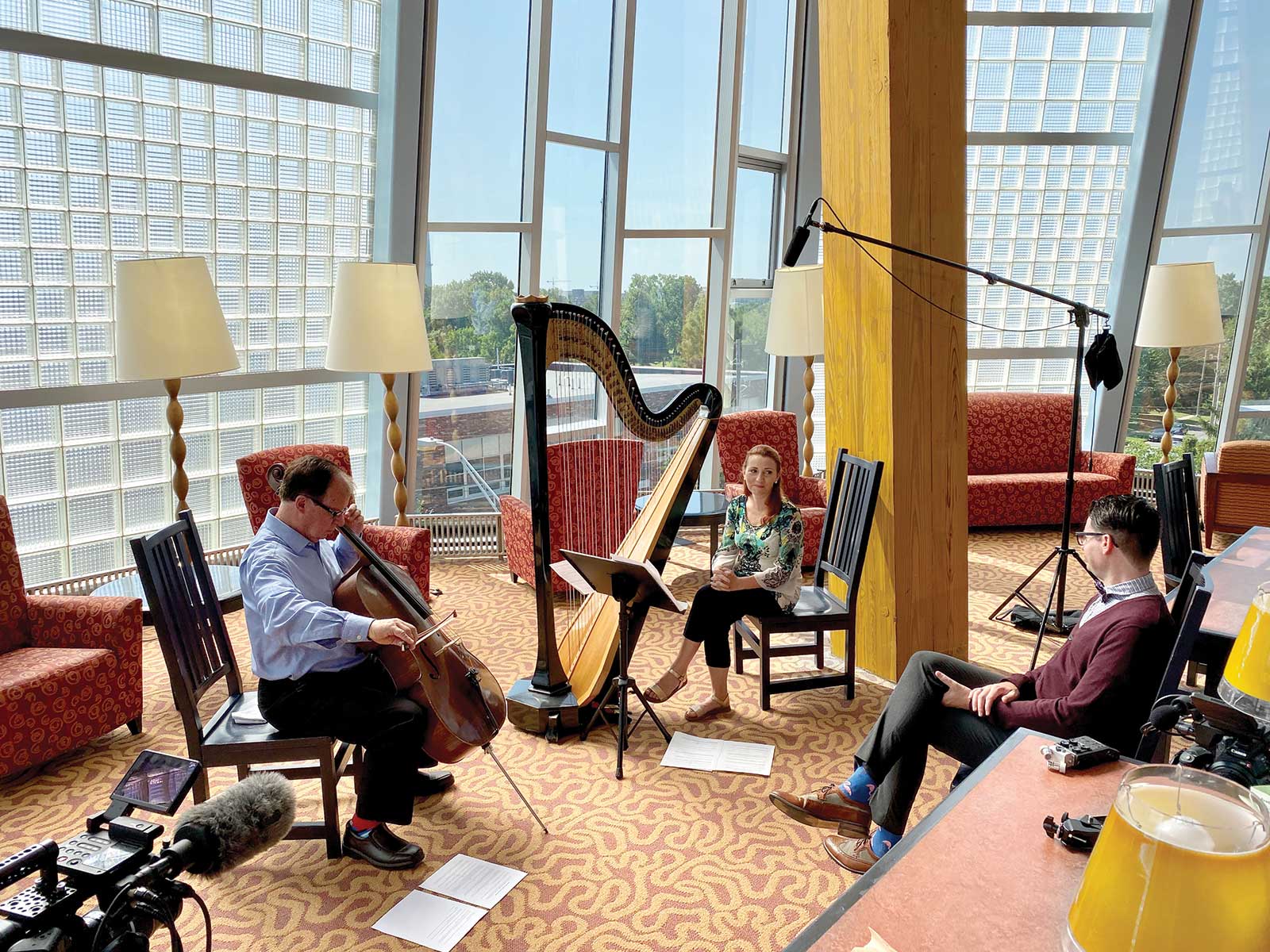 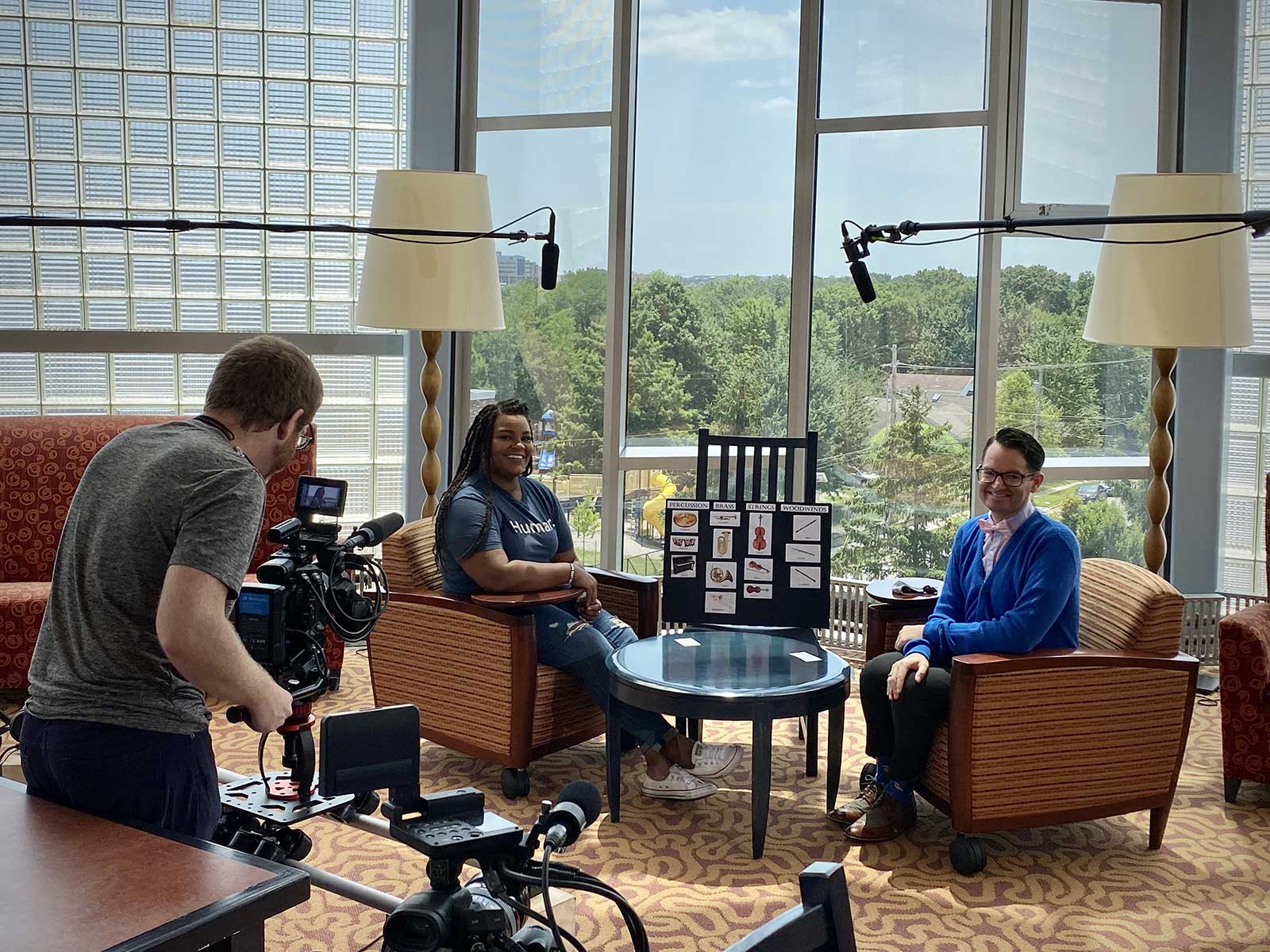 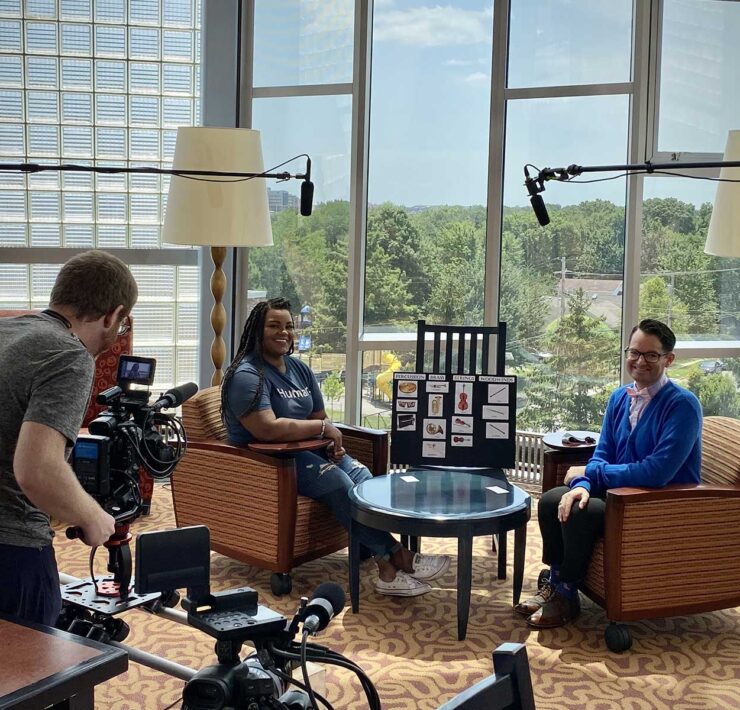 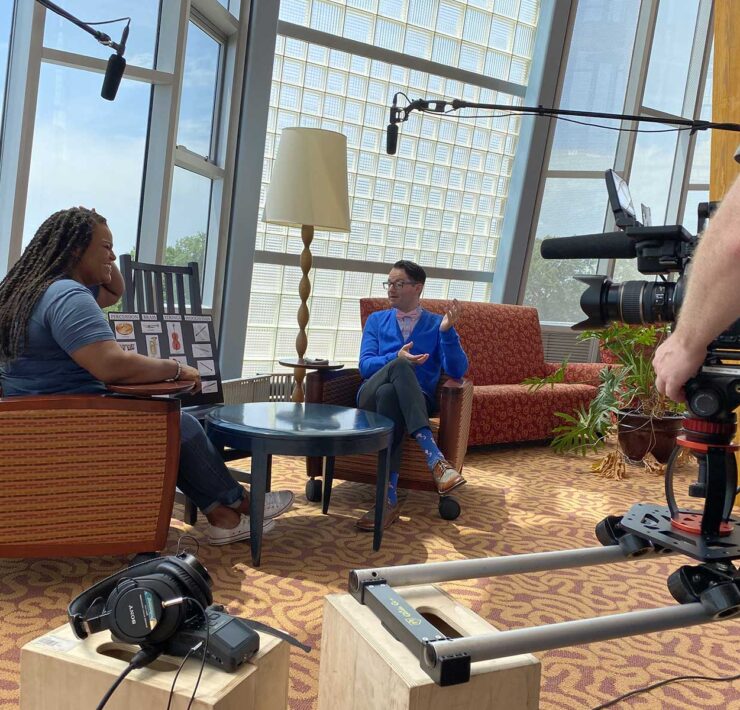 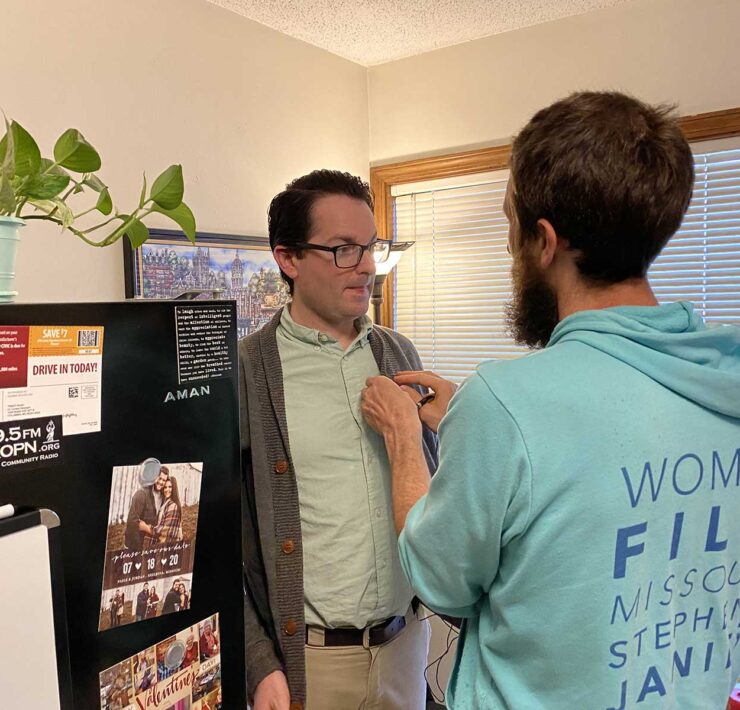 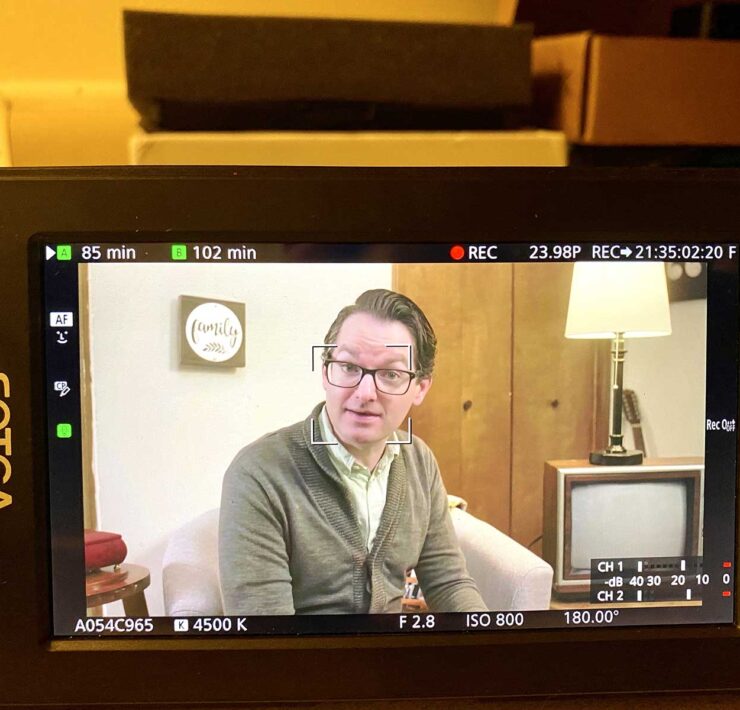 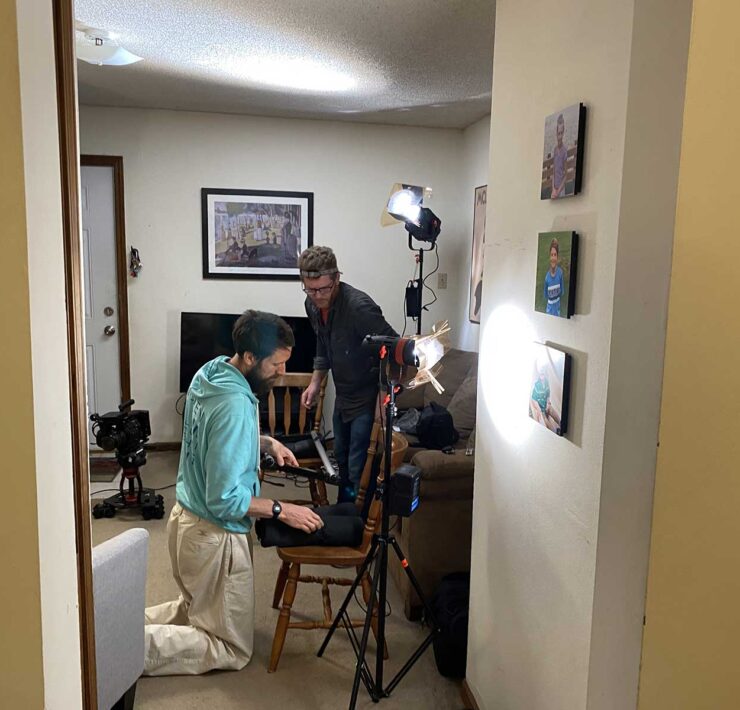 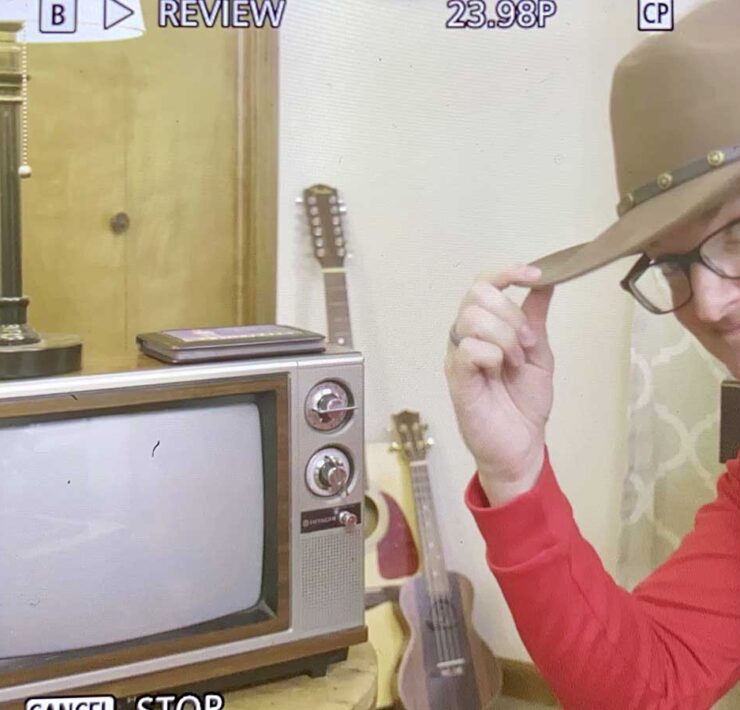 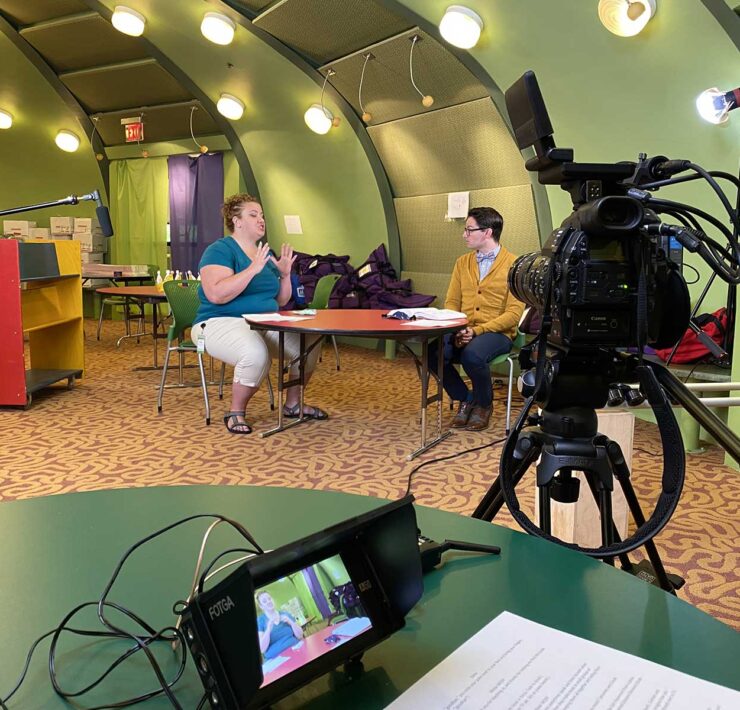 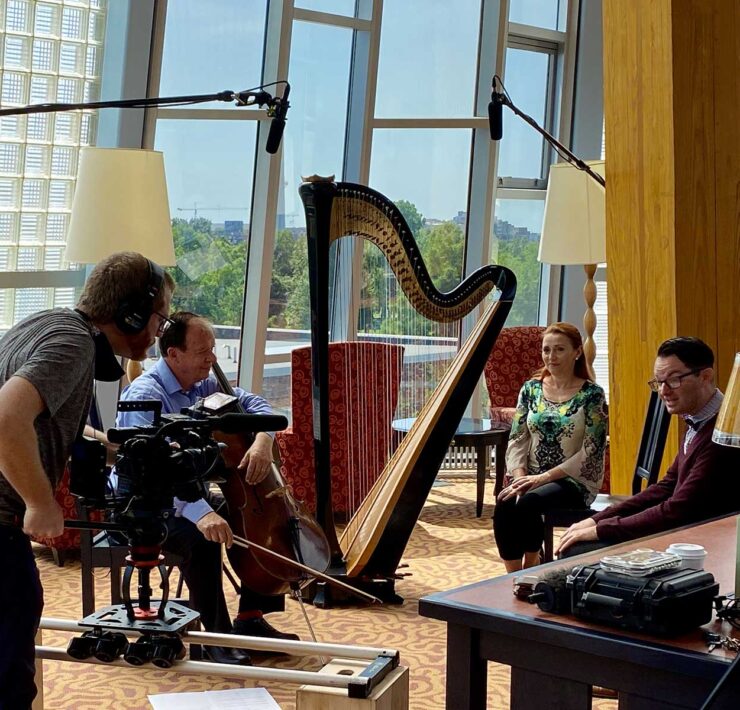 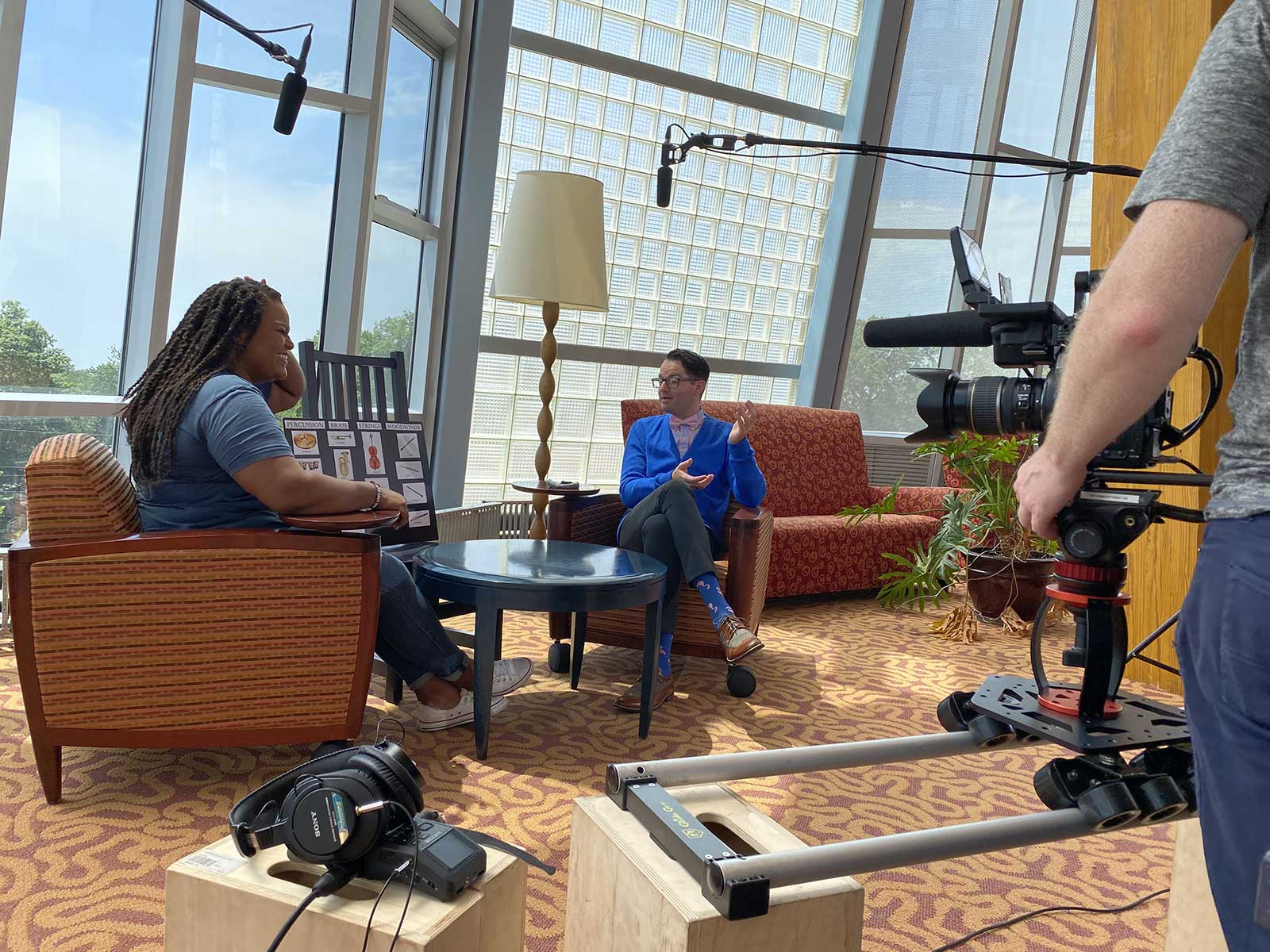 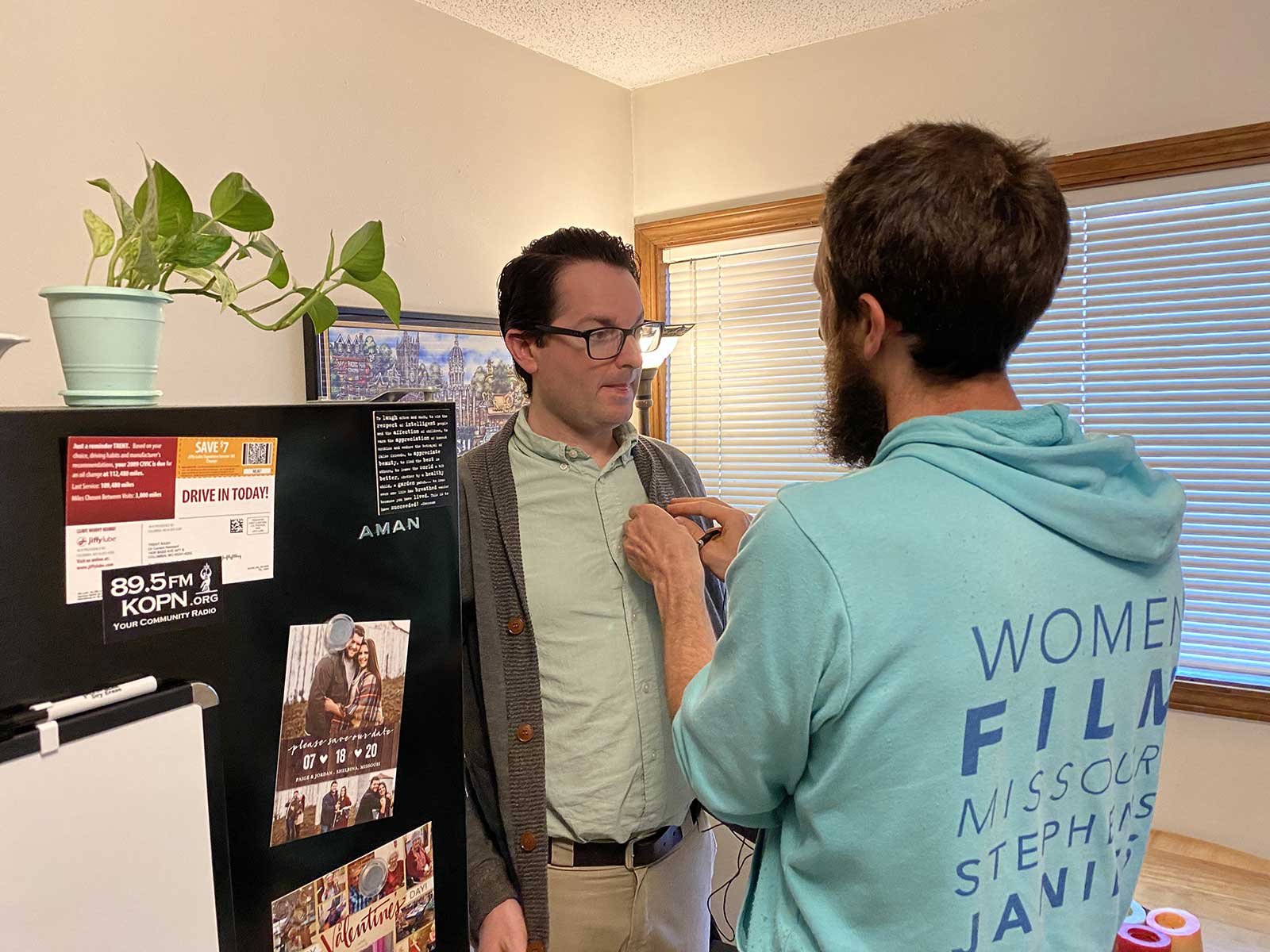 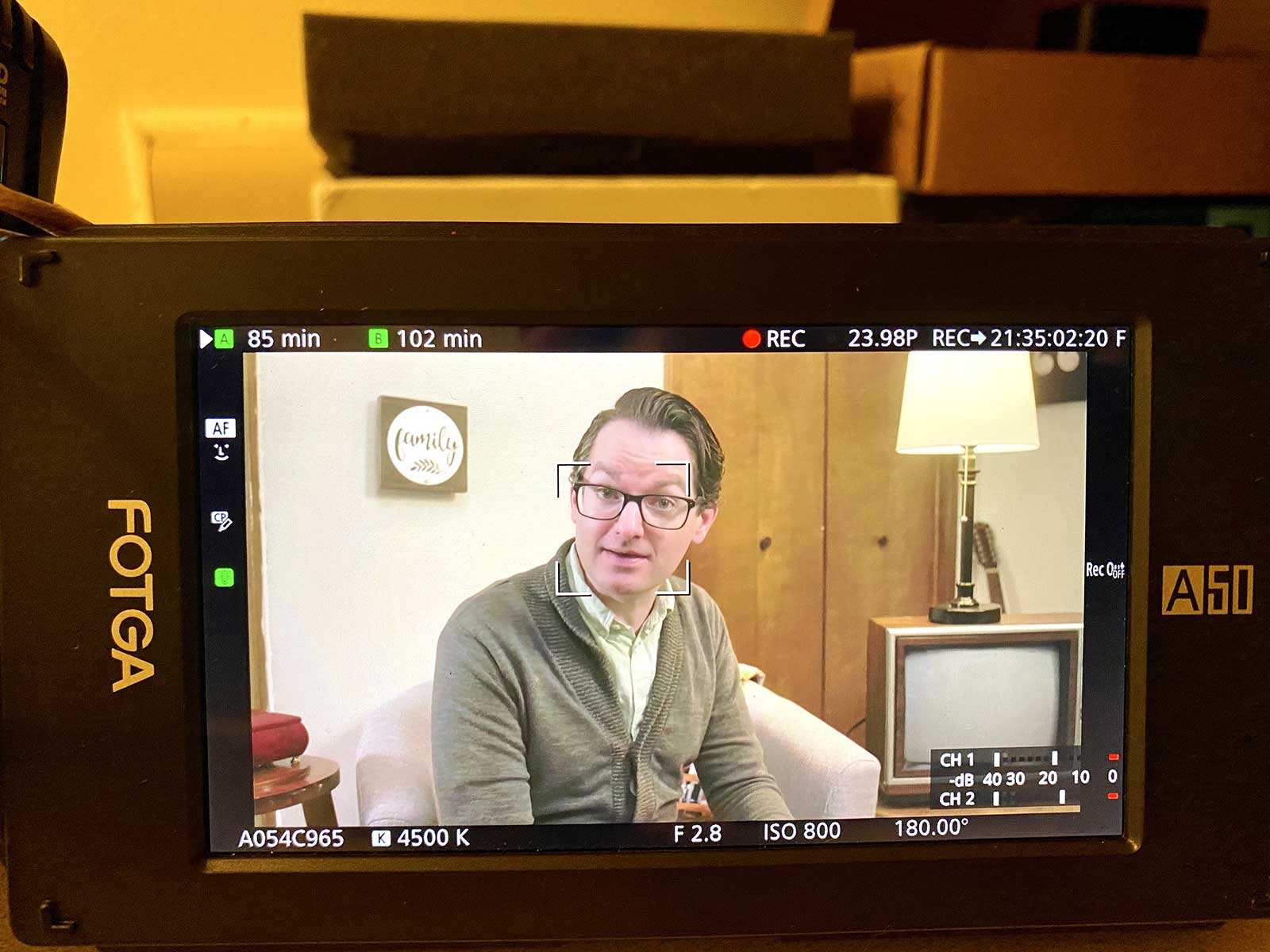 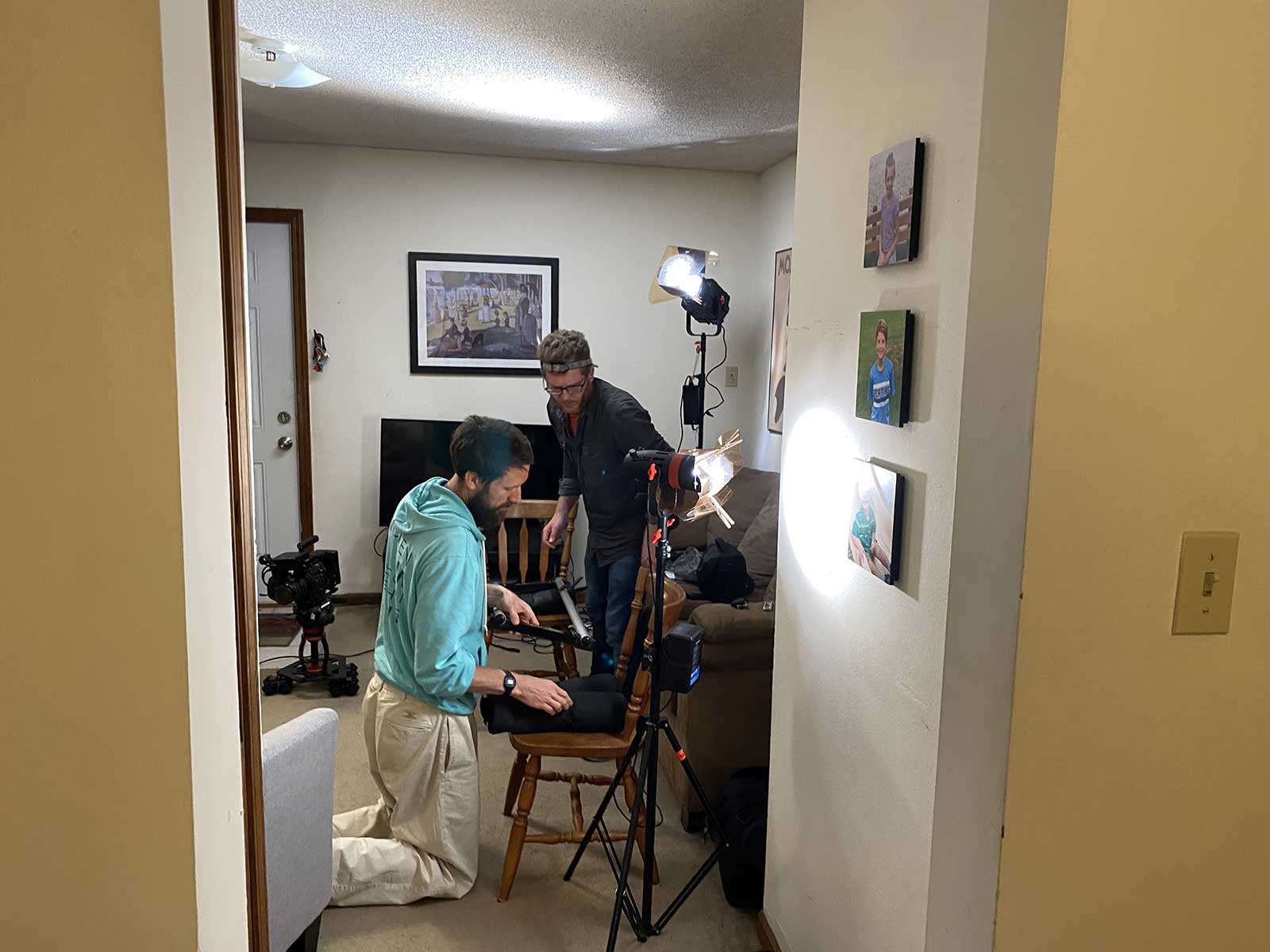 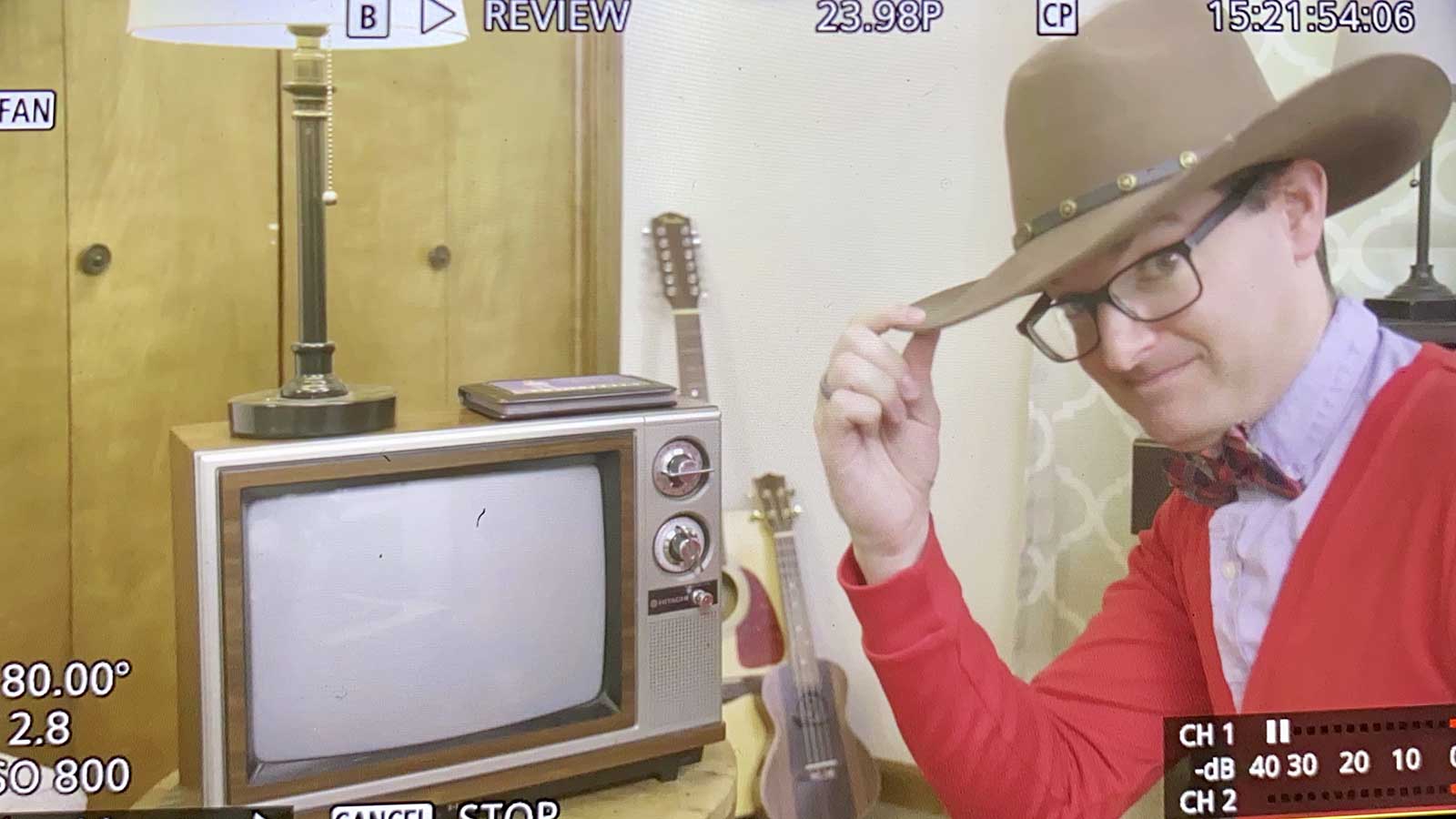 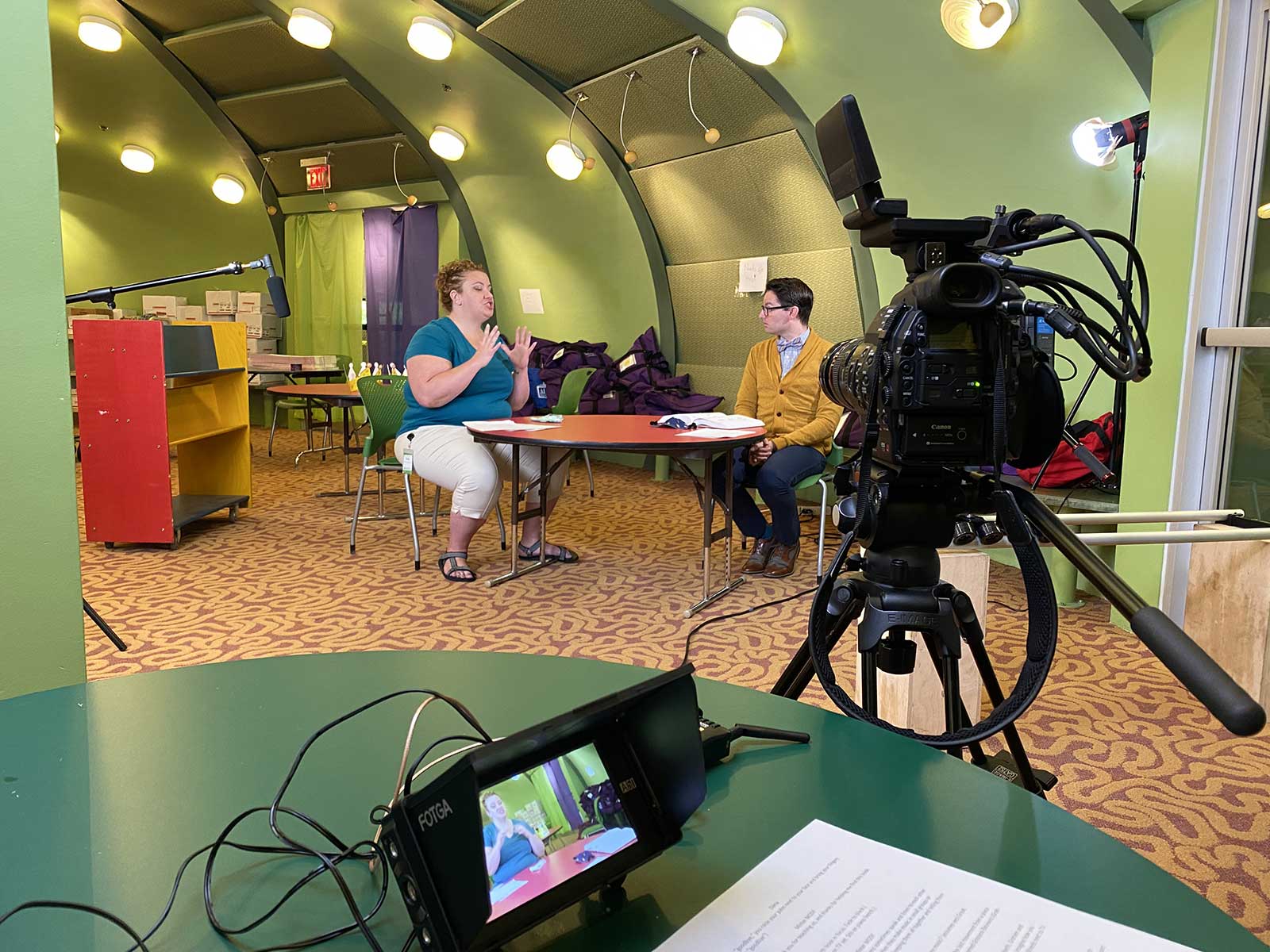 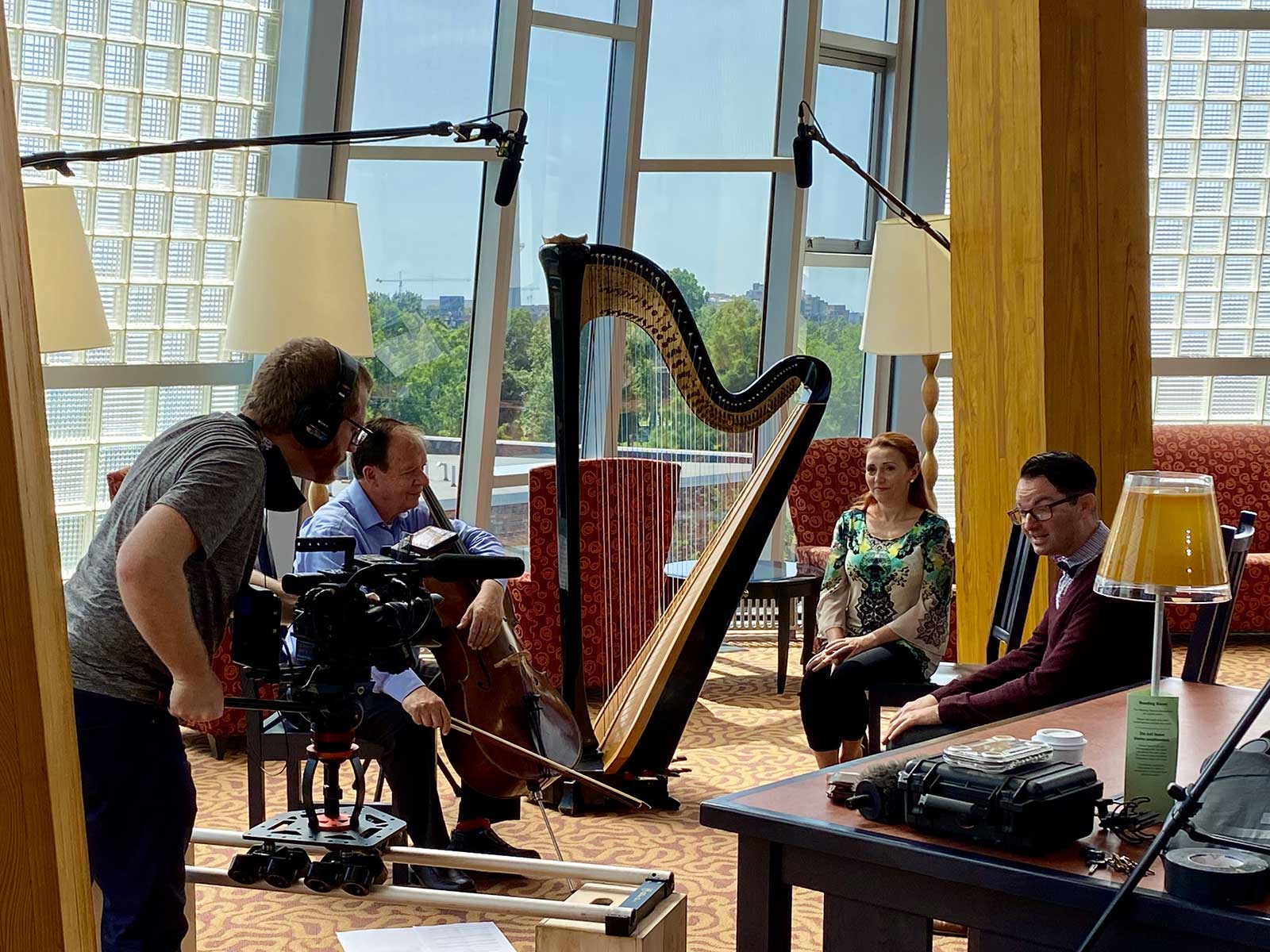 The Missouri Symphony is connecting with kids through the power of music and nostalgia.

For most adults, there’s one clear image that pops in their heads when they think of a soft-spoken man in colorful cardigans teaching life lessons from his living room.

Mr. Rogers was a staple for kids growing up from the ’70s to the ’90s, and, early last year, The Missouri Symphony realized that kids today might need a similar figure to deal with growing up and handling the pandemic.

Monica Palmer, a former Missouri Symphony employee, came up with the idea for “Mister MOSY” in May of 2020, after the pandemic shut everything down. The symphony was thinking of ways to continue providing music in a safe way, since they couldn’t bring the musicians together. Monica says they were looking at a summer with no concerts and knew they had to find a way to bring music to the community.

“During this time, I had my two kids at home with me and we were doing a lot of talking about COVID, and they had really lost all the non-family, important adults in their life, like teachers, coaches and mentors,” Monica says. “I thought, you know, what we need is a Mr. Rogers.”

From there, Mister MOSY was born. The web series, featuring Mister MOSY himself, is all about teaching children how to use music to process all of their feelings and tackle new ideas. Each episode features a segment called “Mister MOSY Has a Magical TV,” where the viewer is transported to the Missouri Symphony and gets to hear a piece of music that connects to the feeling or idea being explored.

Starring as Mister MOSY is Trent Rash, executive director of The Missouri Symphony. In each episode he dons a colorful knit cardigan, a bowtie, and glasses before talking to kids about everything from anger and imagination to the importance of relaxing and recharging their minds and bodies.

“My main goal was that I wanted children to watch this and feel joyful and feel safe and comforted,” Trent says. “That’s really what I kept in the forefront of my mind as we shot this series.”

Trent was the host of the series because Monica felt he had the right presence to interact with children in a kind, engaging way. While filming the series, they put a photo of Monica’s daughter on the camera so Trent could always remember he wasn’t just talking to a lens; he was talking to kids.

“I knew that he had this ability to capture that essence and make kids feel heard and cared about, and I felt like that’s what we can give to the community as an organization — like we could give them this person and this kind of emotional care, but also introduce them to music and how music can be a tool to process your emotions,” Monica says.

The entire series was filmed in Trent’s living room last spring with just Trent, Monica, and a two-person film crew from Peace Frame Productions. The episodes were released a week at a time from June through August 2020. There is currently one season, with ten episodes total, which are all still available to view for free on The Missouri Symphony’s YouTube page.

Trent says they are hoping to make a second season and just need to find the funding for the project.

The Mister MOSY series connects children and parents to the symphony in a way they may have never experienced before. Trent says their goal was to reach the community in a new way and introduce a group that likely didn’t have much connection to the symphony to their organization and their music.

“We believe very strongly that the future of symphonic music in this community, and really all communities in America, depends on exposing young people to symphonic music and making it accessible to them, and this is a way we can do that while also educating them on various topics as well,” Trent says.