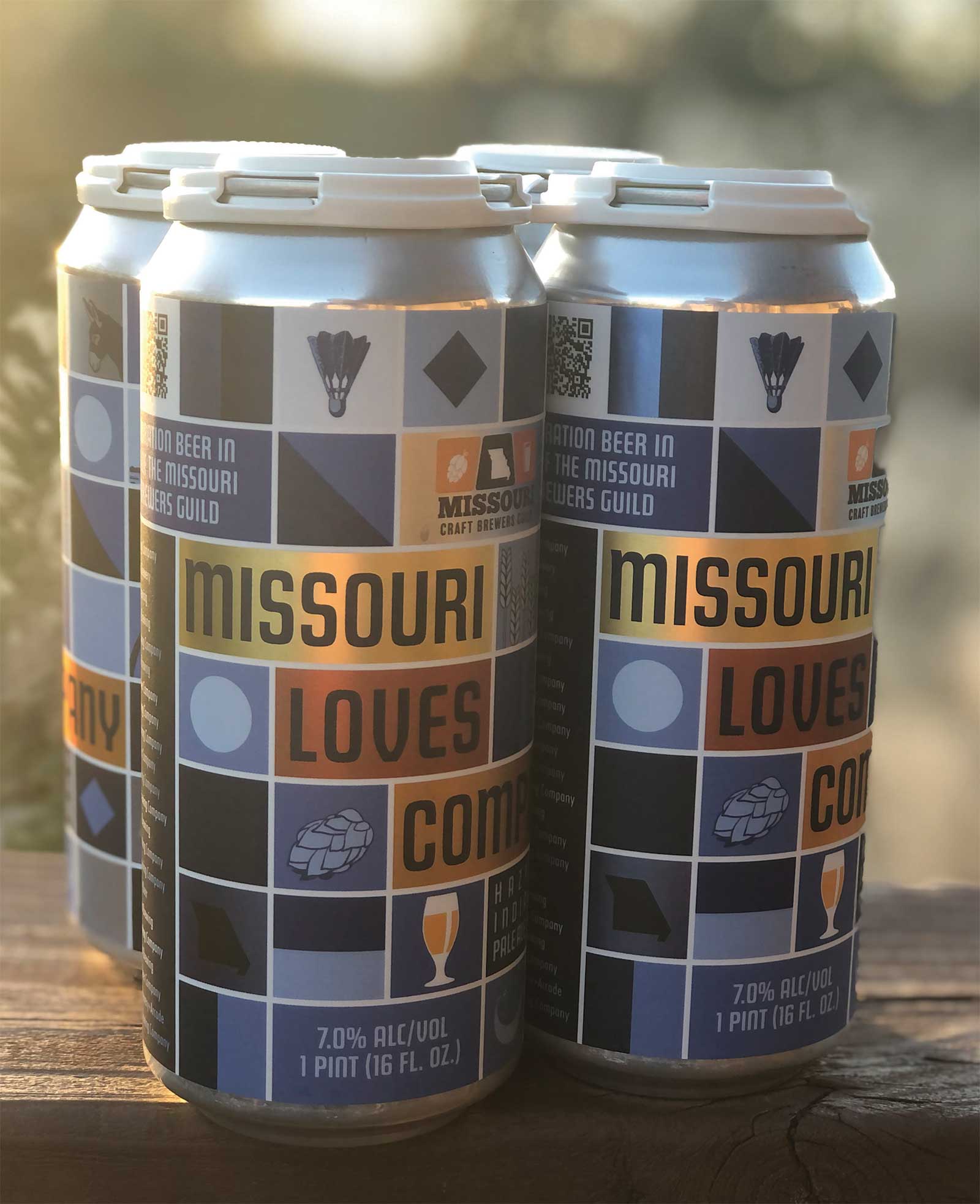 With the COVID-19 pandemic thwarting festivals, conferences, and other events that typically provide operational funding for the Missouri Craft Brewers Guild, the members of the guild got creative and did what they do best — brewed a beer. Selling out quickly, the sales from this collaboration brew benefited the MCBG and support their efforts to protect and promote craft beer in the Show-Me State. Twenty-two of Missouri’s independent craft breweries joined forces this fall via video conference and email to select a style and develop a recipe for the MCBG’s first collaboration beer, “Missouri Loves Company.” Several of MCBG’s allied trade members generously donated supplies, ingredients, and financial resources to assist with the special project.

3Fifteen Primo Cannabis, a medical marijuana dispensary located on Ponderosa Street, passed state inspection and opened its doors in December. The company will be the first dispensary open in the Columbia market. Its premier location will offer high-quality medical cannabis to patients in an accessible, personal, private, and streamlined manner. 3Fifteen Primo Cannabis holds licenses for four additional dispensaries and one manufacturing facility in Missouri.

Columbia College and Veterans United Foundation officials announced that the foundation has made an influential $25,000 gift to the college. The contribution will benefit the Brig. Gen. Charles E. McGee House, home of the Ousley Family Veterans Center, and help establish the Veterans United Foundation Patio. This is one of the largest gifts the college has received in support of the new facility. This space will serve as a hub to host programming and further build camaraderie in the college’s military student community.

US Cellular Invests to Honor Veterans

As part of its ongoing commitment to serving and honoring veterans, US Cellular announced that its Midwest chapter of Veteran Associates Leading Organizational Results, or VALOR, has invested more than $3,000 in initiatives positively impacting veterans in Mid-Missouri, including $900 in food hunting gear and wireless technology; $1,500 for National Wreaths Across America Day; and over $775 in bedding and towels for the Welcome Home organization. The donations represent just a few of the many veteran-oriented initiatives in Mid-Missouri and select communities in Illinois that the US Cellular Midwest VALOR Chapter supports each year.

“We have heard from our business community, the city, and the county that this is a need. The goal is not to duplicate what is being done already in workforce development, but to collaborate and capitalize on what is being accomplished. Columbia needs a convener to help push our community forward. We are proud to fill that role.” — Matt McCormick, CEO and President of the Columbia Chamber of Commerce

The Downtown Community Improvement District announced the January 2021 groundbreaking of the Gateway Plaza. The plaza will consist of groundwork, landscaping, and an iconic sculpture that spells out Columbia. The plaza development follows more than eight years of planning and public engagement. The Downtown CID will lease and maintain the land from the city to complete the project. Through an extensive RFP process, done in Summer 2020, local contracting firm PEC has been hired to conduct ground and site work by late spring to coincide with Columbia’s bicentennial celebrations.