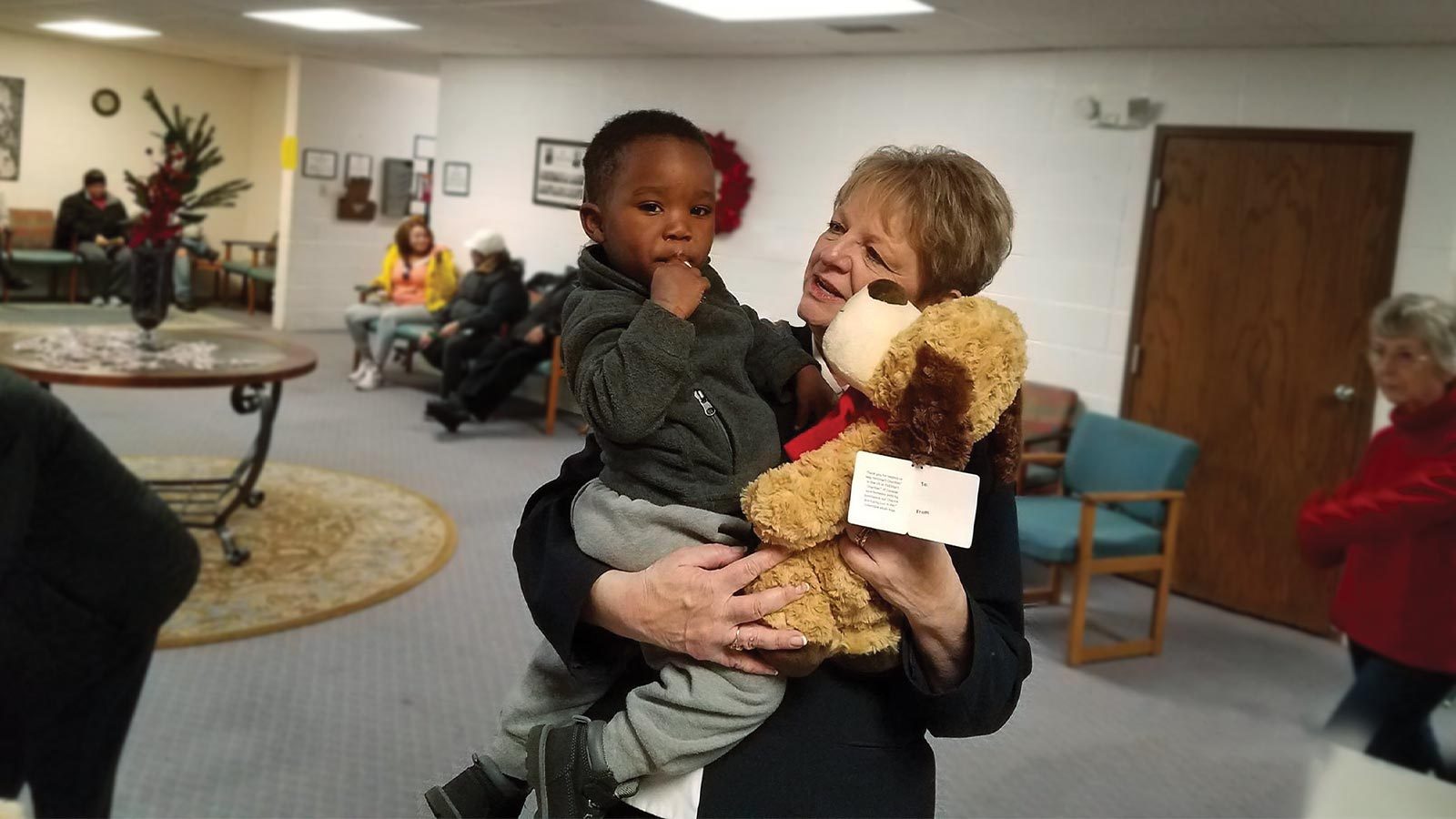 What Do We Do?

An in-depth look into Columbia’s local Salvation Army and its extensive programs.

The Salvation Army is an acclaimed international nonprofit organization most commonly known for the red kettles and bell ringers often seen outside grocery stores in December, or perhaps for their secondhand thrift stores.

However, the Salvation Army goes beyond these two roles to also serve the community by taking in underprivileged people and giving them the opportunity to better their lives and create lasting sustenance for themselves. One opportunity for this comes from their disaster relief program.

Having been in service for over a century, the Salvation Army has one of the largest emergency disaster relief services in the world, diligently helping people in need. In June, the organization was instrumental in the recovery efforts in Jefferson City, where they served meals after tornados struck the town.

Lori Benson, the community relations director and volunteer coordinator for Salvation Army, says, “Whenever there’s a disaster, we’re usually one of the first to get there and one of the last to leave. We also help with the homeless, missing people, and human trafficking victims.”

Lori has worked for the Salvation Army for the past seven years. Initially, her role focused on fostering relationships with the organization’s donors, so she set out to learn what mattered most to those donors and then connected them to the work being done in their areas of interest. Now, she manages the organization’s media and marketing, especially as it pertains to events and fundraising.

Columbia’s Salvation Army branch offers various social programs, the most popular being the shelter on North Eighth Street. The shelter contains 61 beds and usually runs at full capacity. Those using the shelter are given food and a bed, and they can also take advantage of programs created to help them find permanent housing.

Area Coordinator Major Nancy Holloway says: “The Salvation Army’s staff works closely with these individuals to improve their lives. We set them up with job opportunities, insurance, and other skills that enable them to comfortably make their own living.”

Nancy, one of the pastors in the Salvation Army church, has been with the organization for 37 years. During this time, she has functioned in various roles, tackling many responsibilities that help to efficiently facilitate the programs that the organization offers. She’s worked with the Columbia branch for four years.

“There is an open lunch program in the shelter and an open community lunch. Here, people are provided hot meals. The thrift stores provide services, and they’re there to make a profit to fund the shelter.”

The Salvation Army also offers the Pathway of Hope program designed to help end generational poverty. The staff works with families to help prevent the cycle of poverty by giving family members access to education and other resources, like driver’s licenses, that help them find employment.

Another program they host includes a weight loss and wellness community program, where both Salvation Army members and people from the community participate. There is also an African-American heritage cooking class to celebrate the history and culture of African-American cuisine.

To efficiently function and keep these programs alive, the Salvation Army carefully crafts different media for fundraising for their programs.

“We mail monthly letters to specified donors in the area. We also have people called donor relations directors and planned giving individuals who meet with donors one-on-one and give them consistent updates about our work,” says Lori.

Lori also says: “From our red kettle program alone, the funds we gather help cover a third of our programs all year long. So we’re always doing events, having appeals, and sending specialized individuals to help us fundraise.”

The Salvation Army acknowledges that donors may not be physically available to give, so they have also implemented digital giving programs, too. The organization facilitates “text to give” programs and online donation platforms that help ensure that passionate donors can contribute to causes they feel strongly about and help sustain the organization.

Having been in Columbia for an extended time now, the Salvation Army has evolved and adapted to the needs of the community. Its resources have been and continue to be directed towards needs specific to Columbia.

One of the most important projects to the organization is their work with human trafficking. Given that I-70, one of the country’s major transportation corridors, runs through Columbia, there have been many incidents of human trafficking in the area, and the Salvation Army has exercised countless efforts to prevent such cases and aid victims. They partner with local coalitions to raise awareness of these injustices, and through their programs, they implement prevention activities that help reduce the demand for forced labor.

The Salvation Army truly has Columbia at heart, and it strives to create a community where individuals can lead comfortable lives. Without them, Columbia would not be the haven that it is for many.

Founded
1865 in the East End of London. The Salvation Army in Columbia was established in 1952.

Mission
The Salvation Army, an international movement, is an evangelical part of the universal Christian church. Its message is based on the Bible. Its ministry is motivated by the love of God. Its mission is to preach the gospel of Jesus Christ and to meet human needs in His name without discrimination.