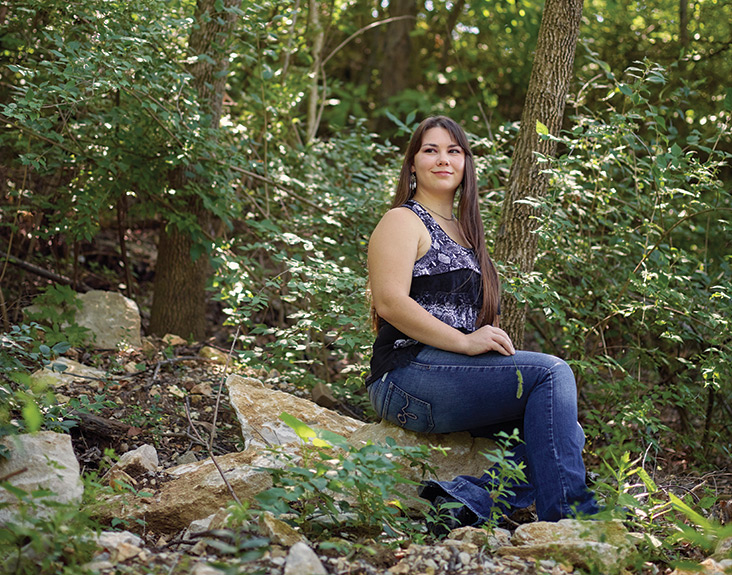 When describing her childhood, Tiffany Lester calls it “standard and what every kid goes through.” But the standard childhood the now 28-year-old Tiffany is referring to is for foster care children.

“From kindergarten to first grade, I was taking care of my little brother by myself,” says Tiffany. With an absent father and a mother who suffered from depression and alcoholism, Tiffany was frequently left on her own. “I would go all over the place until it was dark,” she remembers. “I could cook sandwiches and eggs and oatmeal. I’d make sure my brother would get on the bus and then I’d walk the five or six blocks to school.”

The pattern continued until a neighbor noticed and reported the neglect to the Division of Family Services. “The next thing I knew, I was at a random house in Moberly,” Tiffany shares.

For the next 10 years, Tiffany moved throughout the foster care system. She remembers that first foster care home, where she was placed with her younger brother, as “not at all pleasant.” The family was authoritarian and used corporal punishment. “To this day, I can’t stand the smell of mayonnaise,” she says. “The family rules dictated that if there was something you didn’t like, you had to eat more of it, including mayonnaise, or go without anything at all.” By the time Tiffany reached fourth grade, her weight had plummeted to 64 pounds.

After a year in Moberly, Tiffany was sent to a respite home. From there she moved to Cairo, Missouri, for four years, this time without her younger brother. While the Cairo family afforded her more freedom and didn’t use physical punishment, Tiffany remembers emotional punishment. She was also in charge of doing physical work on their farm, filling up five-gallon buckets of water and going up a hill to water the tomato plants about 40 to 50 times a day.

Tiffany remained in Cairo until the eighth grade, landing in another respite home for a short time before moving to Sturgeon in time for her freshman year and finally to Coyote Hill Christian Children’s Home.

Finding Community
“Coyote Hill is a special place. You have to go out there to understand the feeling you get,” Tiffany says. “Seeing the kids laughing and playing like any other kids — these kids have a new start after all they’ve gone through.”

For Tiffany, that new start arrived when she came to Coyote Hill her sophomore year of high school to live with house parents Amy and Jacob Kingery. Coyote Hill, which inhabits a 200-acre campus north of Columbia in Harrisburg, provides five blended family homes with a goal of stopping the cycle of abuse and neglect and replacing that with a cycle of success.

“I was nervous showing up there,” Tiffany says. “It took me a while to warm up because I was very much an independent individual. I had raised myself for years.”

Tiffany found that she wasn’t worrying about trying to fit in so much, as the school district and students were familiar with Coyote Hill and the foster care system. She didn’t feel so different. “Being in foster care for so long and moving around so much makes things difficult. You’re not used to making friends,” she shares. “You give up because you’re just going to move again.”

Tiffany finally found a sense of community at Coyote Hill with the support of the Kingerys and other kids who were going through the same thing. “You lean on each other,” she says. “There was always someone to talk to, but if you just wanted to be alone, you could have that space, too.”

She practiced riding horses thanks to Coyote Hill’s equestrian program and remembers family outings to a ballgame and Lambert’s Cafe for their famous “throwed rolls.”

Coyote Hill also offered a program called Independent Living, which taught Tiffany essential life skills like budgeting, job interview skills, how to look for car insurance, and how to choose a bank. Armed with these new life lessons and motivated, she graduated from Harrisburg High School a semester early. 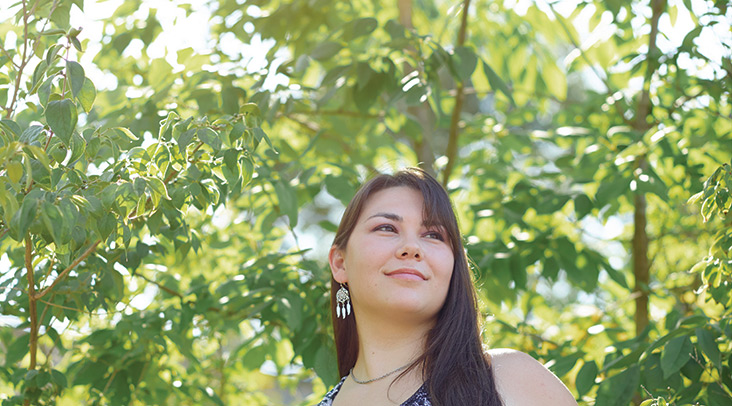 Starting Her Own Family
“I have very high standards for myself,” Tiffany says, citing statistics about the percentage of emancipated children who end up homeless. She experienced this firsthand with her brother, who was homeless and passed away a year ago.

Tiffany worked hard to make a new life for herself. She met her husband, Ryan, at work. They’ve been married for seven years and have a 4-year-old daughter, Lexi.

There were setbacks along the way – she wished she had stayed in the foster care system longer for its continued assistance – but she’s thriving as a proud wife and mom. “She’s one of the best moms ever to her little girl,” says former house mom Amy Kingery. “You can tell her heart — she loves her little girl. She wants to be the best mom she can be for Lexi and provide the best foundation.”

Amy describes Tiffany’s giving nature and recalls a moment last year when Tiffany returned to Coyote Hill with a box to donate her clothes. All these years later, Tiffany had held on to that box. “In foster care, you move your stuff in trash bags,” she says. “That was the first box I’d had to keep stuff in. It was my box. I never threw it away, I just kept it.”

Tiffany has taken Lexi out to Coyote Hill and shown her what used to be her bedroom. “The feeling you get when you’re out there is hard to describe,” says Tiffany. “You get out of the car and you’re out there in the woods and you see kids running around and playing and having fun. It’s like it’s a big summer camp. It has its own community. The kids have other kids to talk to and play with and find similar interests and learn new things from each other. It’s relaxing.”