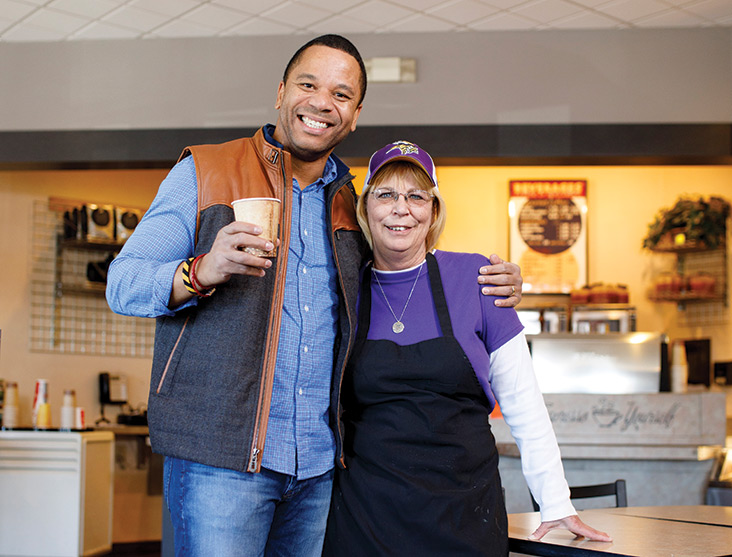 DeMarko Coleman and Teresa Wright connect over a bagel sandwich.

The unlikely friendship between DeMarko Coleman and Teresa Wright started with a bagel sandwich.

Sitting side-by-side at a table in the middle of a sunlit B&B Bagel, the pair can’t help but laugh when describing how it transpired. Three years ago, DeMarko was interested in finding a new lunch spot in Columbia. Someone recommended B&B Bagel. He kept coming back because there was something different about the B&B Special made by the lady in the glasses.

DeMarko goes into full Guy Fieri mode describing the first time he got into his car with a sandwich made by Teresa. “I remember peeling back the foil and opening it up…the aroma filled the car…and that first bite…the Swiss cheese was perfectly melted on the turkey, and the bacon was just crispy enough.” 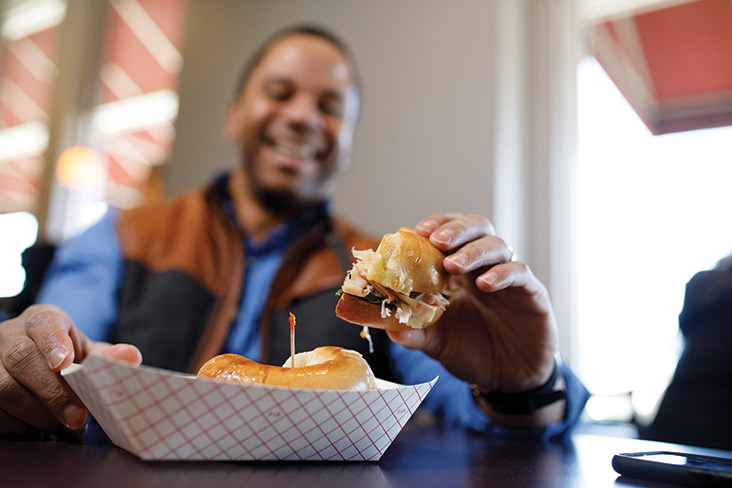 By DeMarko’s third or fourth visit, Teresa, a 17-year B&B Bagel employee, noticed that her customer had acquired a special affinity for the B&B Special.

“How did you know?” DeMarko, 44, asks curiously. “What gave it away? Was I giving the goo goo eyes?”

“No, I just saw you walk in, and I thought, ‘Oh, there’s that really nice guy,’ so I just started making your sandwich before you ordered it,” Teresa, 55, replies.

And so at least once a week for the past three years, the tradition has continued. DeMarko stops for lunch, arriving before 1:00 p.m., because that when Teresa’s workday ends, and Teresa, no matter what she’s doing at the time, still steps aside to make his sandwich of choice.

It didn’t take long for DeMarko’s weekly visits to became one of Teresa’s highlights, especially after they made an easy connection talking about their families and MU sports, Mizzou basketball most of all.

“His personality is so large,” Teresa says. “He is easygoing and fun to talk to. If I’m not busy, I usually walk around the corner and give him a hug. It brightens my day to see him.” 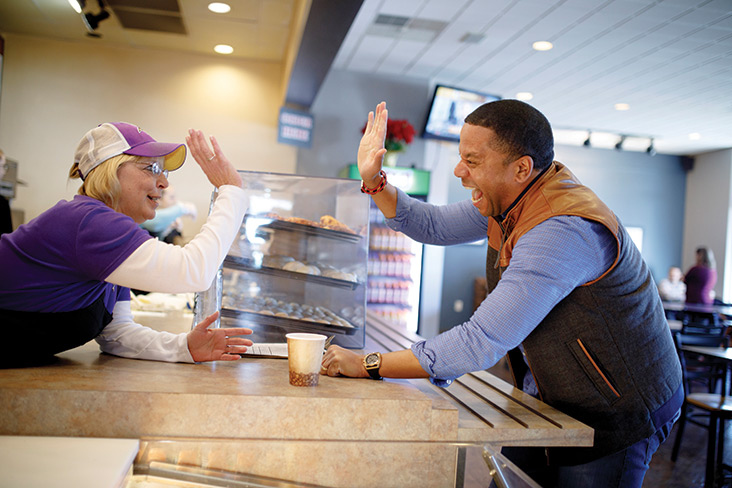 DeMarko, an executive sales rep for a Johnson & Johnson company, is always on the go, traveling an average of 500 miles across Mid-Missouri each week. He ensures that lunches at B&B Bagel fit into his routine — not only for the sandwich, but for the human touch.

DeMarko always appreciates the intentionality and care Teresa brings to her job. Her servant-minded heart is a quality she shares with DeMarko, a longtime volunteer at Granny’s House. In fact, in the weeks leading up to last summer’s alumni basketball game at Mizzou Arena, they realized they both love supporting and giving back to Granny’s House.

“Every now and then, there are certain people who cause you to stop and pause and be in that moment,” DeMarko says, “and Teresa is one of those people in my life.”

Because of the special treatment Teresa provides for DeMarko, they get playfully teased by other employees.

Even DeMarko’s wife, Adonica, admits it’s a bit unusual. But if she knows one thing about her husband, it’s that he has a knack with people, and it doesn’t matter who they are or what job they’re doing. He’s a people person.

“There is something that happens over food,” Adonica says. “Teresa wasn’t trying to make the best sandwich in the world. Their friendship was totally organic.” 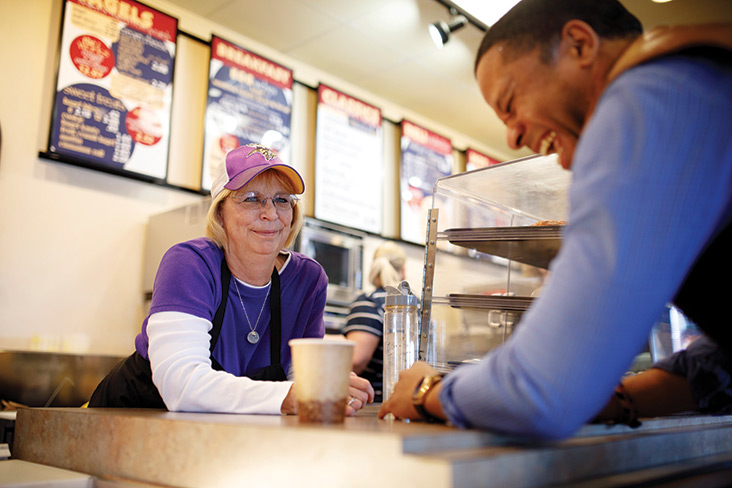 In 2016, DeMarko made sure to add Teresa to the family’s Christmas list, believing it was the least he could do for his friend, who is a big reason why B&B Bagel has a such strong customer base.

“It’s because of people that we keep coming back in, along with good food, but I think people are the difference makers,” DeMarko says. “Teresa’s doing more than making sandwiches —she’s making an impact.”

But the question still remains: does she do anything different when she makes DeMarko’s sandwich?

“I make his a little special, I’m not going to lie,” Teresa says. “But I use all the same ingredients that I use for everybody else. I don’t keep a secret stash.”

DeMarko leans back and raises his fists in the air, saying, “Yes! But one day I’m going to switch it up on her though and throw her off.”

“He’ll still get the B&B Special because I’ll already have it made for him,” Teresa says, smiling back.

“I guess I’m officially spoiled by Teresa and a bagel sandwich,” DeMarko says. “It’s like a game of basketball when the point guard throws that no-look pass and that person is right where they need to be. That makes you feel good.” 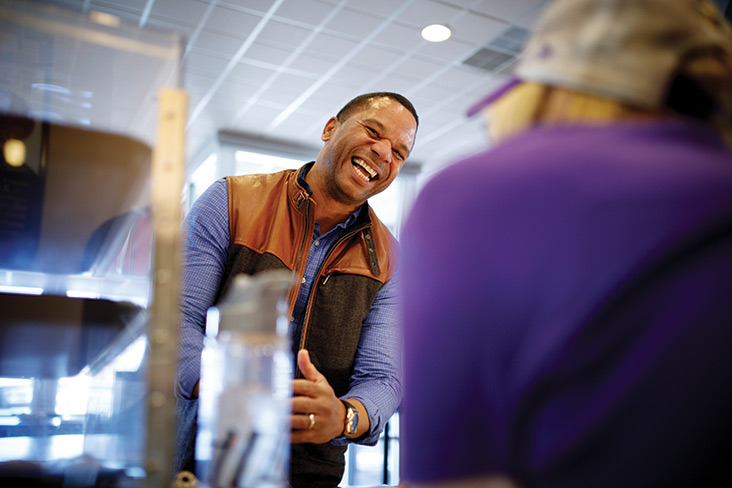