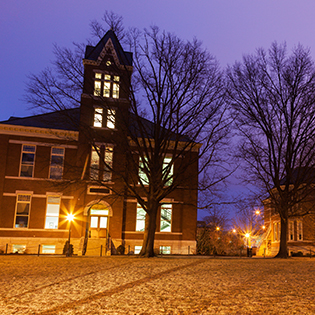 Caleb Jones, former state representative for the 50th District and deputy chief of staff to Governor Eric Greitens, is now vice president at the Association of Missouri Electric Cooperatives. Jones left the Greitens administration for the job in early October. Jones, originally from California, Missouri, received both his undergraduate and law degrees from MU.

Kerri Roberts joined Funding Athletics as vice president of sales and marketing. Roberts graduated from Columbia College with a bachelor’s degree in business and got her MBA from William Woods University. Roberts has previously worked for the UM System, Veterans United Home Loans, and MidwayUSA.

David Keller will retire as community bank president of Columbia’s Bank of Missouri branch, a post he has held for the past 12 years. Keller has been banking in Columbia since 1984, and he started the Columbia branch of the Bank of Missouri with his son, John Keller, and Keith McLaughlin in 2004.

Dr. Piyusha Singh became Columbia College’s first chief of staff in September. Singh will continue to serve in her existing role as the college’s vice president of online education. Singh holds a bachelor’s degree in biology from Mount Holyoke College and a Ph.D. in public policy and management from Carnegie Mellon University.