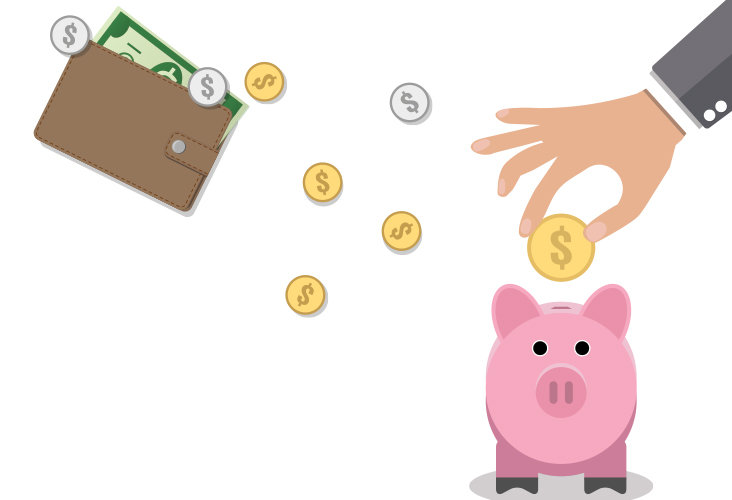 Put on the Glamour

Local experts advise on saving, investing, and planning for your estate.

“There’s an old joke about the three things you find in someone’s safe deposit box after they die,” says Carlyle Foley, a local attorney who has worked in estate planning for more than 40 years. “Rubber bands, paper clips, and empty envelopes with ‘SAVINGS’ written on them.” Foley, who has seen the inside of many safe deposit boxes, affirms the joke as true.

Dr. John Howe, chair of the Department of Finance at MU, says that the explanation for our consistently lackluster attempts to be better stewards of our own money has to do with “behavioral economics.” In his recently published book, “The Foolish Corner,” Howe explains how our financial institutions have evolved faster than we have as individuals. Human beings, Howe says, have spent most of our existence trying to survive from one moment to the next; until recently, surviving to old age was so unlikely it would have been silly to plan for the future. It has only been relatively recently that life has become stable enough that “planning ahead” has become the wise thing to do. Doing so goes somewhat against our nature.

“We are still captive to our evolutionary brains,” says Howe.  The survival instinct, which served us so well and kept us alive for countless generations, is actually working against us when it comes to developing better money habits.  Our brains are attuned to immediate threats that exist in the present, but they aren’t attuned to threats that are NOT immediate, like what will happen in 20 or 30 years if we don’t make good financial decisions today.

To combat this, Dr. Howe recommends using an aging website or other online aging software (there are many to choose from) to upload a picture of yourself and create an image of what you’re projected to look like in 30 years. Save the picture. According to his research, having this image “actually increases a person’s incentive to save.”

Once we’re motivated to take better care of the old person in the picture we created, what are some good money habits we should get into? One thing Howe would suggest is to get off the “hedonic treadmill,” a term referencing the high we all get from buying new things. While it’s perfectly normal to feel this, it becomes a problem when we decide we want to feel that high as often as possible — we keep spending to recreate, and even top, the good feeling we get from each purchase. Howe says simply being aware of this tendency within us goes a long way toward being more responsible with money.

Here’s the secret — don’t waste time trying to figure it out. “Generally, patterns don’t exist in the stock market,” Howe says. “Randomness is hard to accept, and this is particularly true in the stock market. People tend to believe they are seeing patterns when they don’t actually exist.”

Rather than trying to figure out how to trade like Warren Buffett, Howe suggests getting a well-diversified portfolio and resisting the urge to dump stocks because the stock market might be going through a dip. Don’t be reactionary; don’t try to get rich quick. The smart move is to play the long game, which means the sooner you start putting money in a portfolio, the better.

Also, don’t go it alone. It’s well worth the money to go see a financial planner. Howe suggests we “look for a planner that’s paid by the hour. The incentive isn’t right with an advisor who makes a percentage of any investment that he or she is advising you about.”

Planning for the Possible

Even though we don’t want to, another important step to consider is putting a plan in place for our finances in case the worst should happen. “A lot of my clients are people who have been through the death of a loved one who had no will or estate plan,” Foley says. “Something like that always motivates people to get everything into place so that their spouses or children won’t have to go through that.”

Let’s be clear about what an estate plan is. “A lot of people hear that term and think that it’s something only meant for rich people with mansions,” says Nathan Jones, an attorney who has been working in Columbia for six years and in estate planning for longer than that. An estate plan is really nothing more than what you want to have done with your assets (however much you they may be worth) after you pass away.

While it might sound tempting to save money by going on LegalZoom or a similar website that offers an online will or trust, it might not be in your best interest. “The probate laws vary from state to state,” says Foley, “and the internet forms can be more generic and not necessarily applicable to the state where you live. Also, wills really need to be signed in the presence of witnesses to be legal, which makes it easier for an online will to be overturned in court.”

For those of us who feel that we don’t have enough assets for a will or trust, Jones says that “depending on your situation, putting a POD [payable upon death] on your bank account or a TOD [transfer on death] on the title of your car might be a sufficient plan.” Jones, naturally, believes that having some sort of plan is better than not having one at all.

Both Foley and Jones suggest that people with young children (under 18, that is) should consider setting up a testamentary trust as part of their estate plan: In short, it’s a plan for who you want to hold onto your assets until your children are legal adults. And your child doesn’t have to inherit everything when he or she turns 18; a testamentary trust also allows you to decide exactly when you want your children to inherit any or all your assets. For example, you can divide up your assets so that a small percentage is distributed to your child at age 18, a slightly larger percentage at age 21, and then the remaining balance at age 25.

One particular situation where a will is highly recommended is with blended families. In a situation where someone is getting married for a second time and that person has children from a previous marriage, it’s important to have a plan in place that is clear about who gets what. Foley jokes, “You never know your relatives until you divide an inheritance with them.” The last thing you want is for your family is to be bitter with each other fighting over your assets because you didn’t take the time to decide how you wanted things distributed.  “It’s very easy for a set of kids to be unintentionally disinherited in second-marriage situations,” says Jones.

Jones also says that most people are undercovered in their life insurance policy. “Things you have to consider are lost earning potential, debts, and education [for your kids],” he says. “After adding all that up, people usually realize they need more life insurance than what they thought,” he says.

“The Foolish Corner,” the title of Howe’s book, is a reference to an Aristotle quote — “There is a foolish corner in the brain of the wisest man.” Our finances are an area of our lives where it can be easy to fool ourselves into thinking we’re in control because we aren’t currently in bad shape financially. The foolish corner of our brains may be our inability to take our financial habits and play them out 10, 20, or 30 years down the road to see their long-term effects. None of us has a crystal ball, but we can improve our chances of navigating the uncertain world of our personal finances — making sure that the old person in the image-altered photo is well taken care of.