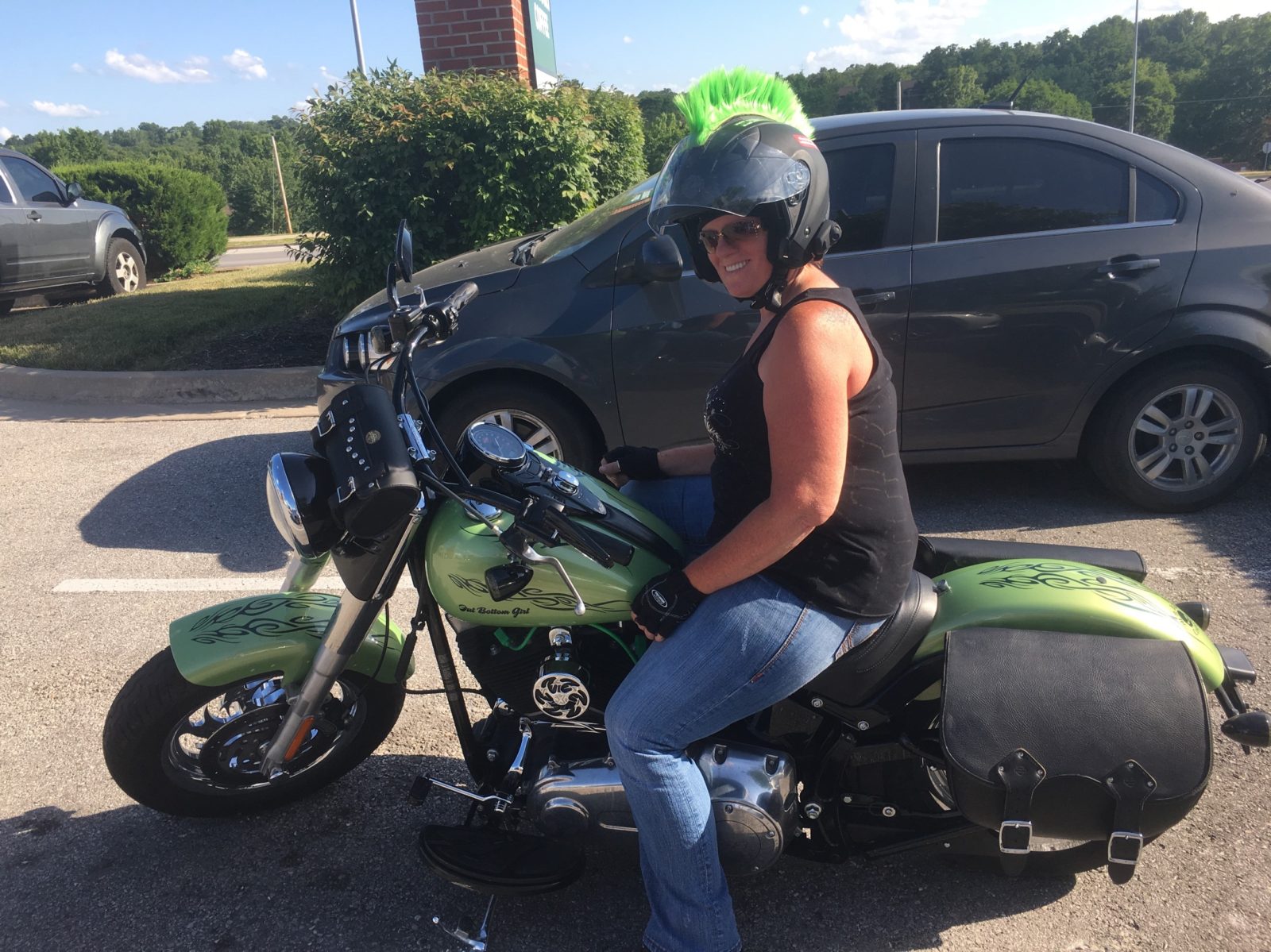 Why We Should Be Graphically Designing Our City

Brenda has been riding for over 10 years, first as a passenger on the back of her husband’s bike. “One day I was just sitting back there, and I was like, ‘You know what? I want to be up front,’” Brenda says. “A couple weeks later, my husband was getting my bike in, and I took it to class, and there I was, ready to ride.”

After taking a motorcycle safety class in Kansas City, Brenda was ready to take her bike on the road. She took trips to Arkansas and Colorado. Her favorite ride was the 19-hour trip to Beaumont, Texas for the Sisterhood of the Asphalt Ribbon rally, which brought in female bikers from all over the country.

Until then, Brenda continues to drive around the twists and turns of Highway 94, her favorite road to ride in Columbia. Her advice to anyone considering riding? “Go for it,” Brenda says. “I can go out and ride when I want to. I love the independence.”