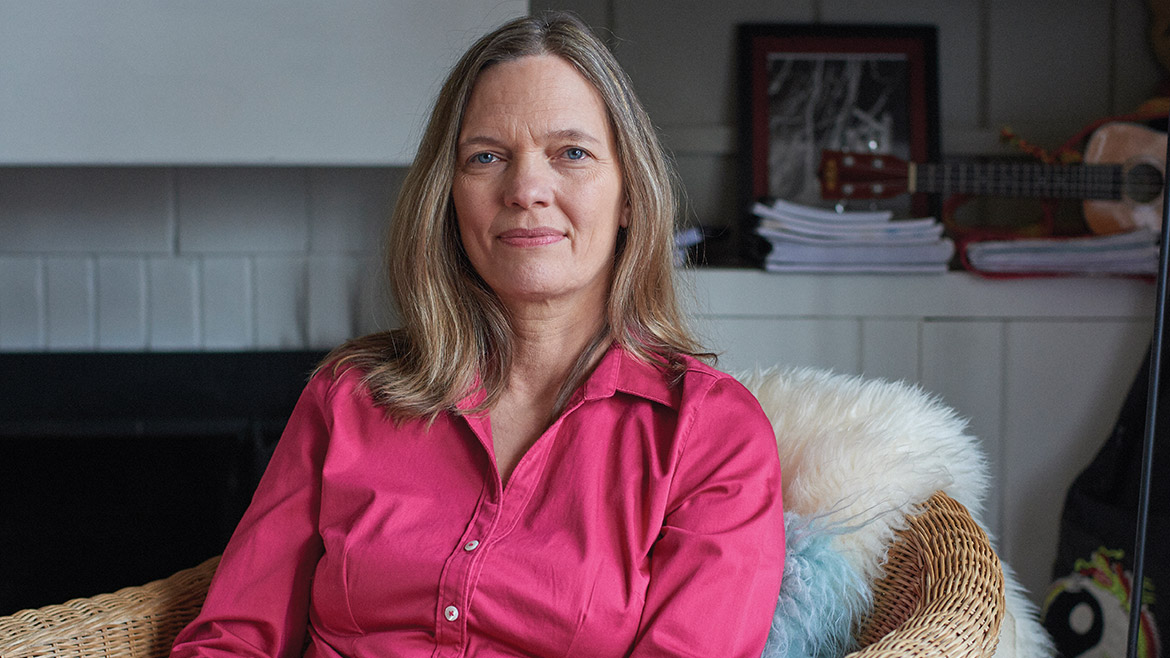 “I think the value to exploring any kind of ‘alternative medicine’ is that it generally offers a gentle, holistic approach,” says midwife Kim James. “It often either replaces costly mainstream medical care or complements it, at the very least.”

James has been a certified professional midwife since 1995 and has attended over 600 births. She is the owner of New Village Wellness. James and two other midwives comprise the Columbia Area Midwives collective.

The midwives’ business model is unusual in that they each have their own business, and clients hire them as individuals. But they meet regularly, share resources, and team up to assist each other at births. James’ scope of midwife care includes home birth services, childbirth classes, prenatal care, postpartum care, and prenatal massage therapy.

“I don’t really view midwifery care as alternative medicine, although I know it has been labeled as such,” James says. “It’s one of the oldest occupations in human history.”

James was attracted to midwifery towards the end of high school. She was accepted into a midwifery program at the New Life School of Midwifery, in Austin, Texas, and began her studies and apprenticeship in the early ’80s.

“My mother reports that I was 11 years old when I told her that I wanted to deliver babies when I grew up,” says James. “I have been a midwife my entire adult life, and this is what I was born to do.”

James, who only assists in home births, says that some maternity care patients think birth centers are a safer or more socially acceptable place to have a baby outside of the hospital. “This day and age, it’s easier for people to wrap their minds around giving birth in a designated place,” she says.

James and her partners bring all of the supplies and equipment that would be found in a freestanding birth center to the patient’s home when they arrive for the birth. James packs everything she needs into a suitcase, including sterile instruments, oxygen, anti-hemorrhagic medicine, and resuscitation equipment, in the case of an emergency.

“The focus is on maximizing the health and wellness of the mother–baby duo,” says James. “Midwives are trained to identify medical problems early on and to make appropriate referrals when problems fall outside of the midwifery scope of practice.”

Midwives recognize and attend to the emotional, social, and spiritual aspects of pregnancy.

“I welcome low-risk mothers who are drawn to a model of care that honors their participation in decision-making and informed consent,” says James. “We spend a lot of time building a relationship of trust and mutual respect, which allows me to serve each woman as an individual.”

Though midwifery in Missouri was decriminalized in 2007, James believes that the biggest challenges to providing out-of-hospital midwifery care continue to be political.

“Home birth midwives have been systematically discouraged and criminalized since the rise of organized medicine in the early 20th century,” says James. “We’re an endangered species.”

But mainstream acceptance of the midwifery model of practice continues to be on the rise. The MU Women and Children’s Hospital now employs two in-house midwives.

“In my ideal world, there would be a relationship of mutual respect and collaboration between midwives and doctors,” says James. “I think that’s the key to improving maternity care, and it’s what we see in countries like Japan, Great Britain, and Holland, and these countries have statistically superior outcomes to the U.S. I feel fortunate to have found a handful of open-minded doctors in Columbia who share this perspective.”