The iconic Dolly Parton once said, “If I see something saggin’, baggin’, or draggin’, I’m gonna have it nipped, tucked, or sucked.”

I take a similar (and less permanent) mentality to my design work. Although we don’t tend to think about it, rooms age — trends change, styles shift, and our preferences mutate.

I was thrilled to serve as a guest participant in the well-known designer blog Calling It Home’s One Room Challenge, a six-week room makeover challenge. It fell during one of my busier times of year, so the challenge proved exhilarating, inspiring, and, at times, completely exhausting. 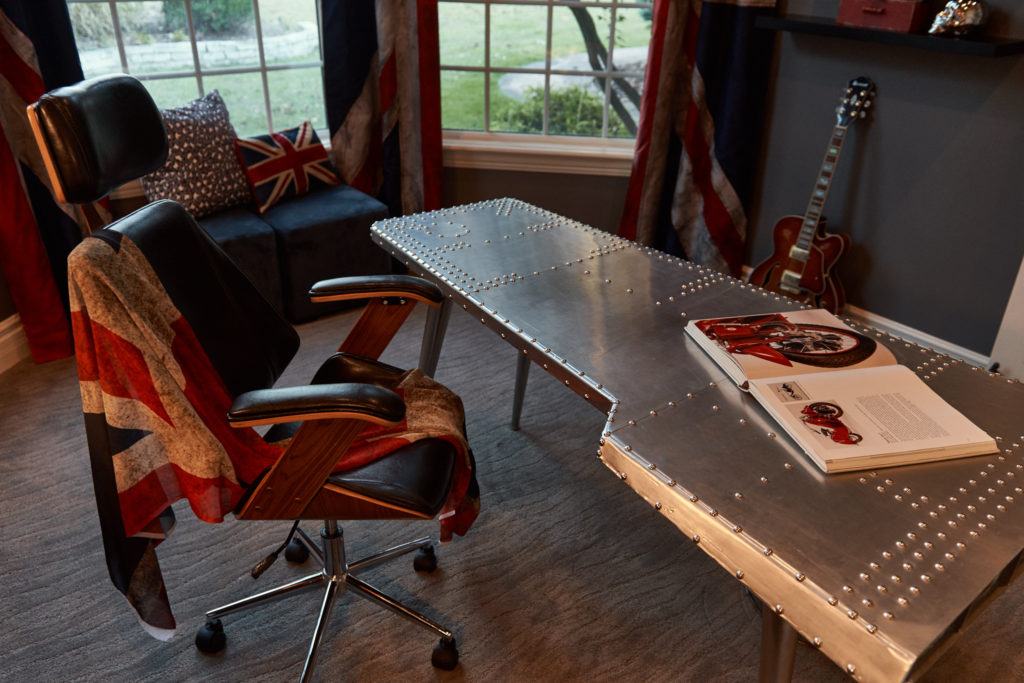 I selected my husband’s home office as the sacrificial lamb for the renovation. My husband, Paul, is a hard-working, talented, and adventurous man, and his office was, well, office-like. It was a relatively traditional and conservative space, which was not reflective of my motorcycle-racing Brit. 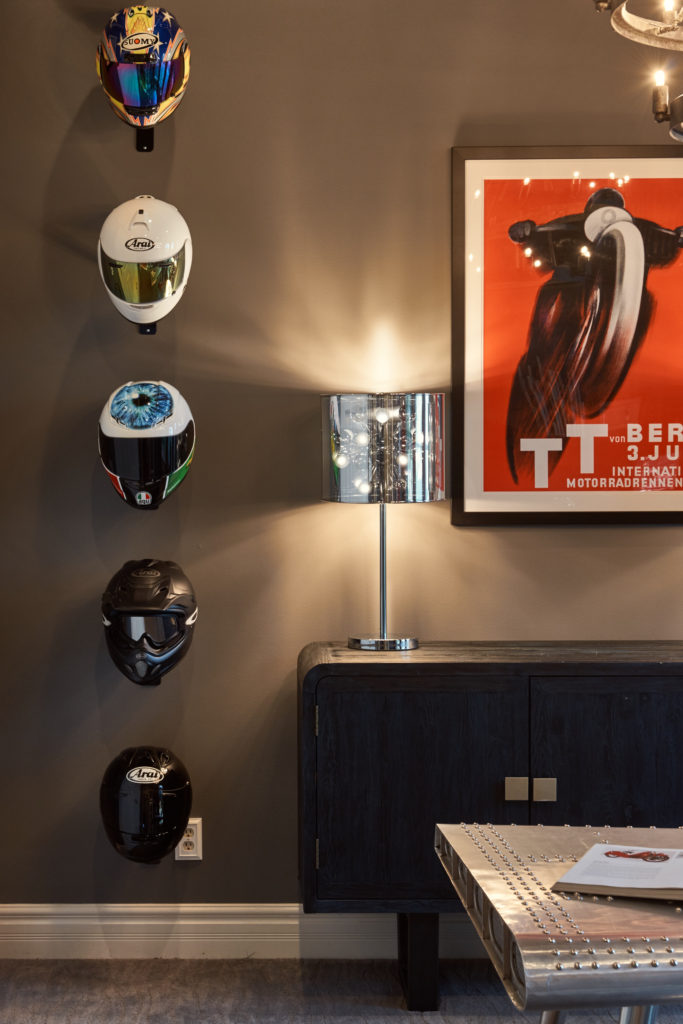 Over the course of the six weeks, the traditional room was transformed into a steampunk-inspired escape. The talented Jeff White, of Midwest Remodeling, used Benjamin Moore’s Aura paint to convert the neutral green walls to a steel gray and created a pop of color with a dark blue ceiling. I lugged out Paul’s old wooden desk and replaced it with a sleek, aviator-inspired table. The mundane, heavy beige drapes were replaced with faux-weathered British flags that I created and sewed into drapes (easier said than done). A large, rustic chandelier now fills the center of the room with the soft glow of LEDs. I completed the look with a simplistic, modern rack to display his helmets. 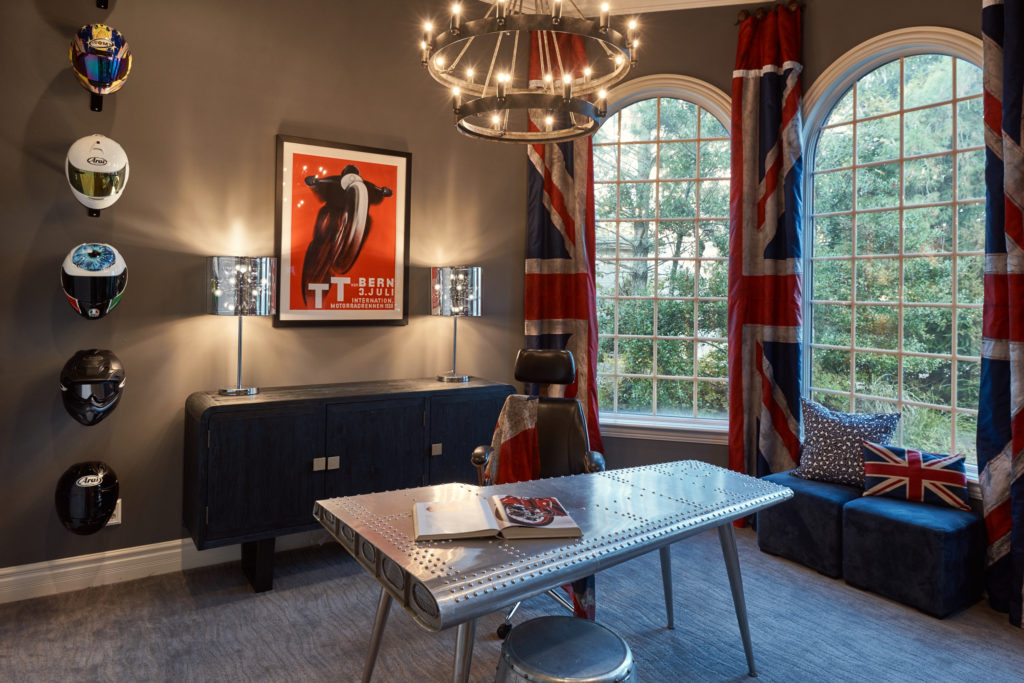 The room is now definitively a space reflective of my husband’s passions and interests, and the transformation was beautifully captured in photos by my friend, the artistic Keith Borgmeyer. 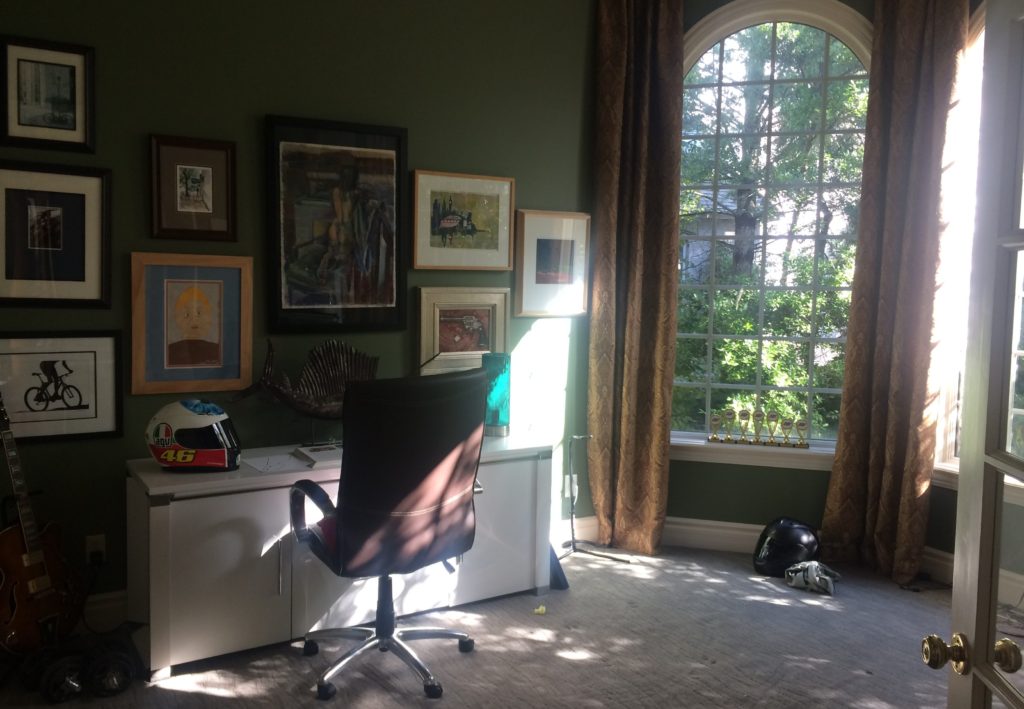 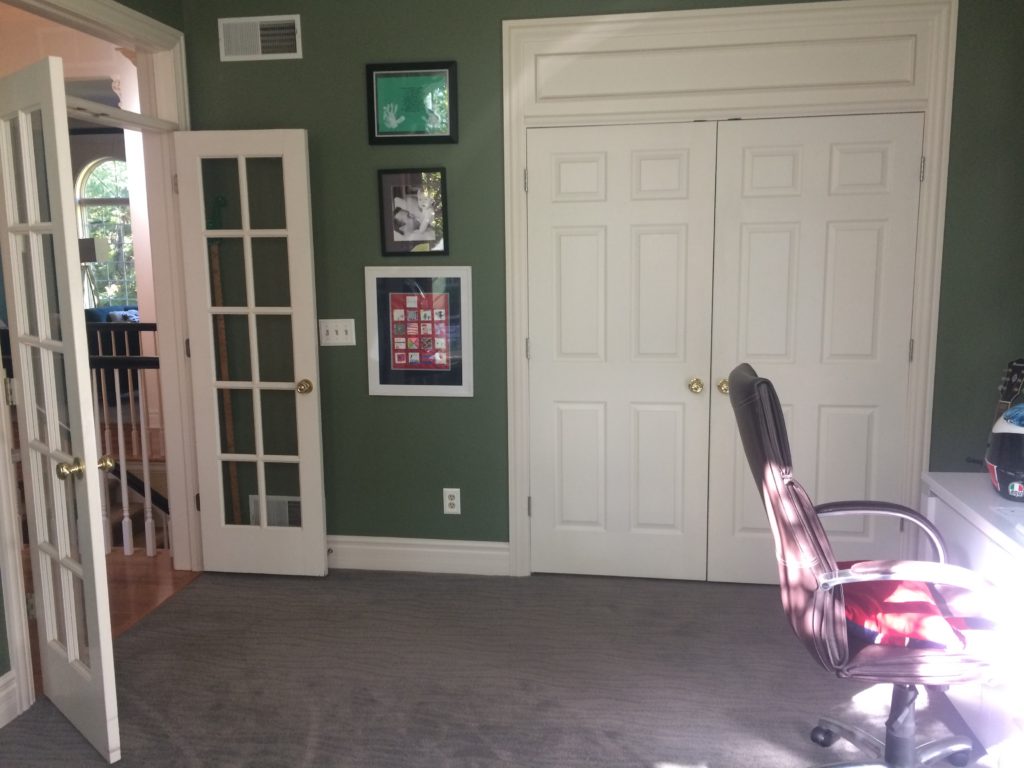 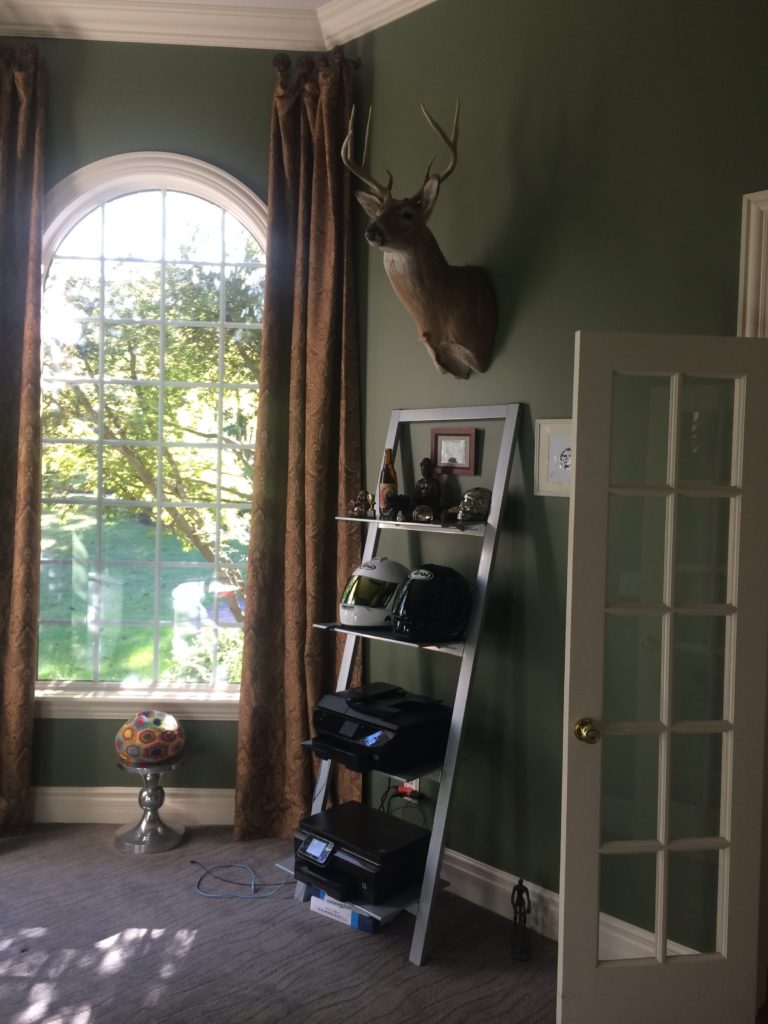