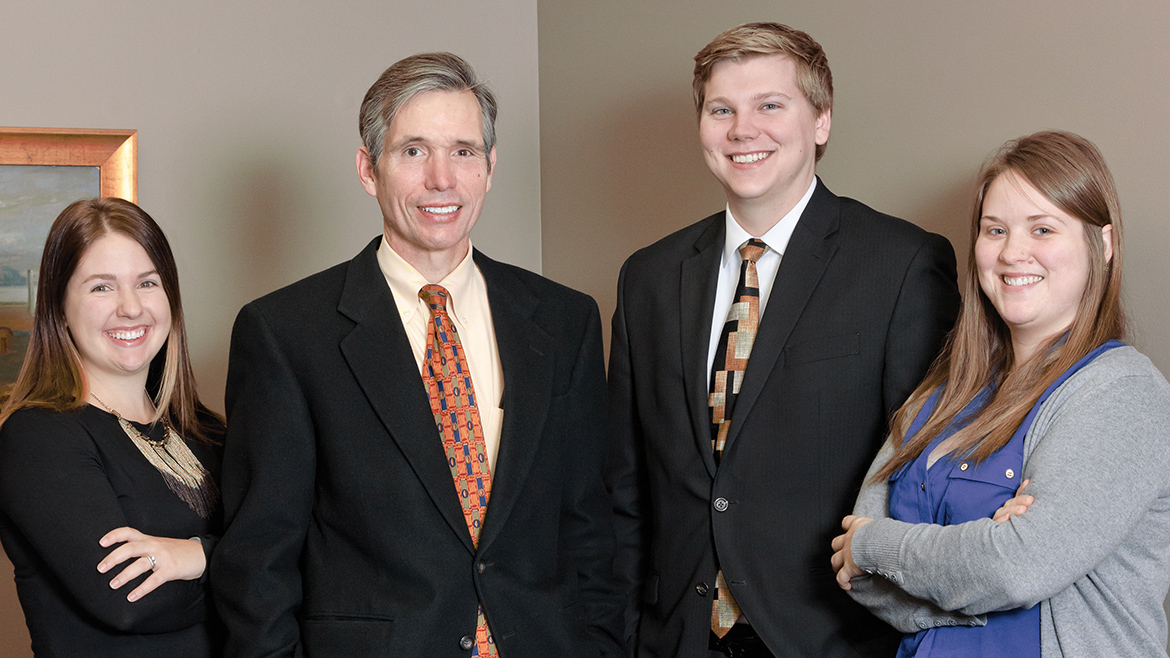 Marking a 50th anniversary is a major accomplishment for any business, but for LaBrunerie Financial, mid-Missouri’s only independently owned broker–dealer, the milestone signifies half a century of innovation, integrity, and family legacy. In 1966, Ferd LaBrunerie, a St. Joseph native and 1958 Harvard graduate, launched LaBrunerie Financial in Columbia with a specific idea in mind.

As lifespans and incomes increased, so did the capacity and need for Americans to save for the future. Recognizing this, Ferd’s business model revolved around providing financial services that would help middle-class clients save for retirement and their children’s college education, a concept that was relatively new at the time.

“It was about how average people could create wealth for themselves and their families and meet key needs like a dignified retirement and a college education for their kids or grandkids,” says Alex LaBrunerie, Ferd’s son and current president, about the founding business model. “Dad was very different that way.”

LaBrunerie Financial is also different in remaining independently owned and not subject to the demands of a corporate office. That has been a priority, one that allowed the business to remain nimble and offer innovative products in the past, such as the market research services they began offering in the 1990’s.

“Americans started relying on the stock market for retirement savings in the ’90s, so the need for stock market research and data was greater and greater,” Alex says.

Alex says the firm responded to other changes in the decades leading up to the 1990s as well. In the 1970s, Americans were paying for costly whole life insurance policies. Identifying a trend with the newly introduced, cost-effective term life policies, Ferd added this product to LaBrunerie Financial’s offerings. Then, in 1981, a few years before 401(k) retirement plans began to replace the standard 403(b), Ferd introduced what was likely the first 401(k) available in Columbia, to a local car dealership.

Alex, 53, was a teenager through much of these changing times, and even then he took an interest in his father’s financial world, setting the stage for his own career in the industry.

“When I was a young teenager, investments and the movement of currencies and the interplay between economies and politics was something very interesting to me,” says Alex.

Upon graduating from high school, Alex left home to attend St. John’s College in Santa Fe, New Mexico before striking out on his own in Denver, where he worked for six years at ITT Financial Services. As a young man, Alex was determined to stand on his own merits.

“I was a young, hardheaded 22-year-old. I didn’t necessarily want to take advice from my dad. I was going to make it on my own in Denver,” Alex recalls. But he also remembers a pearl of wisdom his father gave to him so many years ago, one that Alex says laid a foundation for a career of integrity.

“He called and he said, ‘Don’t ever abuse people’s trust and always tell the truth. You’re going to meet people who tell you otherwise in this industry. Don’t listen to them.’”

In 1989, Alex, who was married and starting his own family, had the opportunity to move back to Columbia to work with his father. A member of the LaBrunerie Financial team had retired, and, while Alex says it was never a foregone conclusion that he would come back to work for the family business, it was a decision that made sense — and one he hasn’t regretted.

“I truly find that our section in the financial services, of helping people save for the flesh-and-blood needs of retirement and education, is very rewarding,” says Alex.

Today, with Alex at the helm following his father’s retirement in 2012, LaBrunerie Financial boasts some 2,500 clients, many of whom are third generation. To celebrate 50 years of success, more than 230 clients attended the firm’s outdoor birthday bash in September.

Alex says LaBrunerie Financial is now planning for the future generations of clients and how they can serve them. In the short term, Alex and his team of seven employees are gearing up for more market changes.

“As far as capital markets go, having lower returns in the next several years is what some analysts are thinking, so charting a course through that is what we’re very interested in doing for our clients,” he says.

Regardless of what the market or changing times bring, Alex remains steadfast in continuing the legacy of integrity that his father started, and he looks forward with optimism and pride in the services LaBrunerie Financial offers Columbia.

“Saving for retirement and for college is a long process, and to be able to see it come to fruition over many years is something I’m proud of,” Alex says. “There’s a mutual shared sense of accomplishment that we have with our clients, and it’s a privilege to be a part of that.”