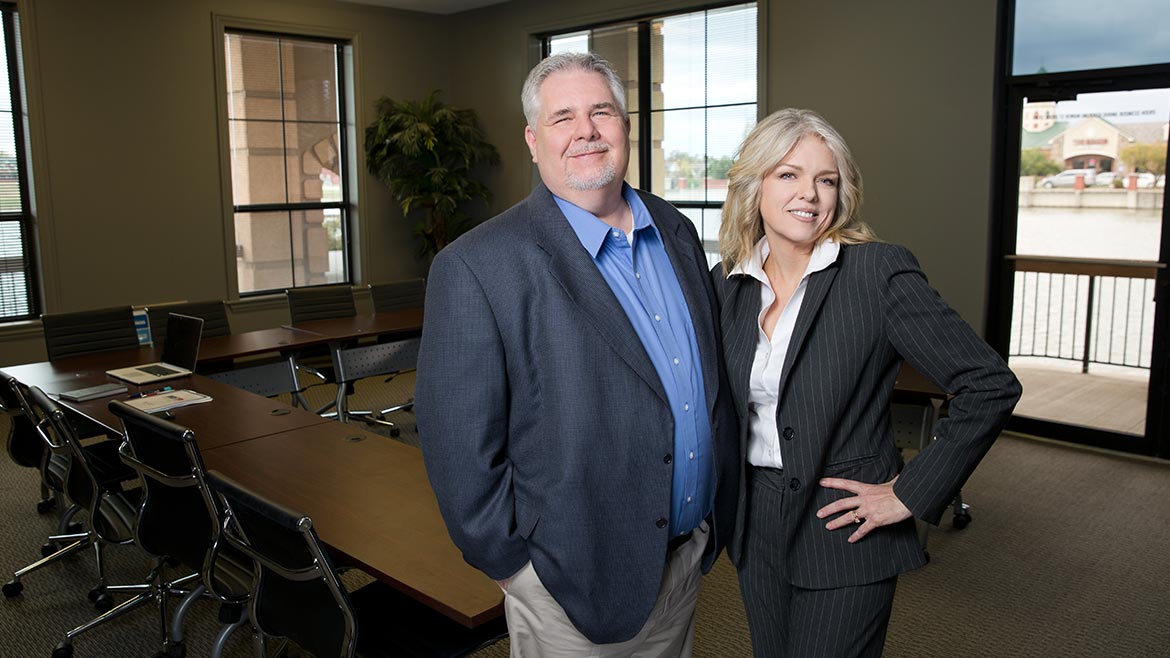 Earlier this year, Tony and Ann Marie Richards did something that many couples dream about but are often wary of: going into business together.

In the early 1990s, Tony moved to Cape Girardeau from his home state of Kentucky after selling a successful business venture. The move brought him to work for Zimmer Radio and Marketing Group, where he met Ann Marie, a native of North Dakota.

“The way I tell the story is that she asked me out,” Tony says with a wry smile. Ann Marie doesn’t deny it.

“It’s the first time I ever did a double take,” she says. They married five years later, in 1998, and have been together for 23.

The couple relocated, along with Zimmer, to Columbia in 1999. Shortly after, Ann Marie left Zimmer and dabbled in interior design before landing at KOMU 8, where she successfully transitioned from sales to the creative side of marketing. By 2005, the two were ready to start their own venture: they opened Word Marketing, with Ann Marie at the helm, while Tony remained at Zimmer.

But Tony was feeling the drive to lead his own business as well. After acquiring Horizon Research in 2007, Tony began gathering all the pieces he needed to open Clear Vision Development Group in 2009.

After a business retreat in early 2016, Tony and Ann Marie decided it was only logical to bring the two companies together.

“We have a lot of clients who use us both,” says Tony. “So why do they have to go to two places?”

Under the Clear Vision umbrella, clients have one-stop shopping for business consulting and marketing — which Tony and Ann Marie link together with science. 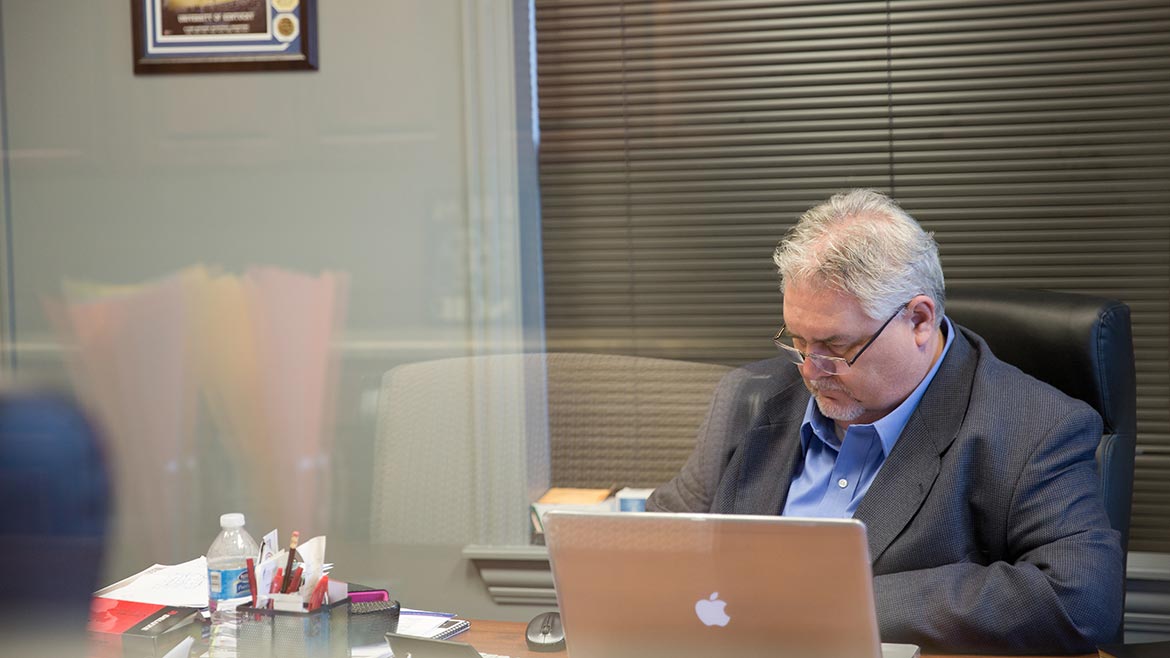 “We’ve both become very big into human behavior and neuroscience. It’s the basis of both of our companies,” says Tony.

For years, major universities and scholarly journals have published research on neuroscience’s role in marketing and leadership strategy alike. Through this research, both scientists and businesspeople gain a better understanding of human motivation and behavior.

“Facts and figures are great,” Ann Marie says, “but if you can get people thinking and using logic, then that’s what they’re going to do — think, think, think. But I want them to act. So I want to take that logic and move them. Why does this matter in their lives? That’s what’s going to get them to take action.”

Tony finds common ground in this approach when working with his clients on developing people, strategy, and plans to execute.

“[At] Clear Vision, one of the things we do with leaders and managers is get them to clearly understand themselves,” says Tony. “We do a lot of behavioral and motivational assessments with them, so we’re deep into the science of human behavior from a leadership standpoint. Now we’re just taking those two halves [marketing and leadership development] and putting them together.”

Tony and Ann Marie study their own behavior as well. They say the key to merging and running two businesses together is knowing when to leave it at the office. They are devoted to a home life that is separate from work. At least most of the time.

“We have something called family time that means we shouldn’t talk work,” Ann Marie says. “I’m the worst violator.”

Clear Vision has approximately 40 clients, mostly large businesses, with regional or nationwide reach. Tony and Ann Marie have work styles that complement each other.

“He’s brilliant,” Ann Marie says of her husband. “I value intelligence. He’s very smart. He takes the complicated and makes it concise.”

Tony smiles in agreement. “I’m intensely practical, and she’s more aesthetic and free flowing and able to take a lot of disparate parts and assemble them into something that’s not only attractive, but makes sense,” he says.

So far, their approach to life and business seems to be working. Their professional, and personal, support of each other is clear.

The couple relocates to Columbia from Cape Girardeau.

Word Marketing launches, with Ann Marie at the helm.