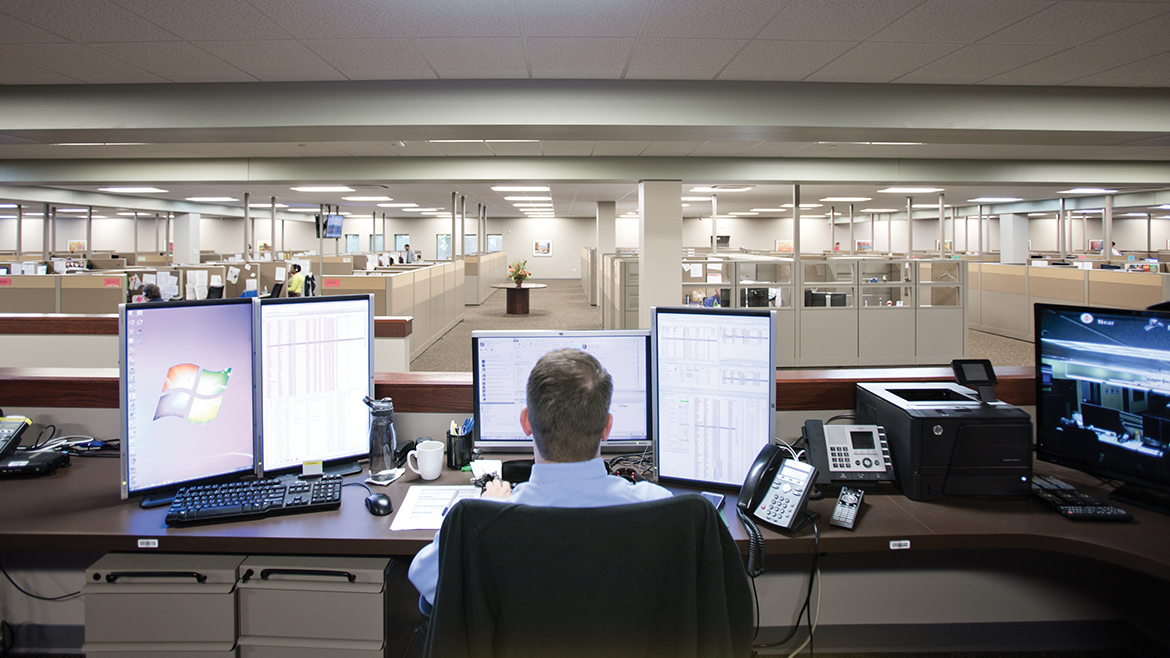 Will Schaffner, MOHELA’s director of business development and government relations, says MOHELA has plans to expand in Columbia, but a permanent relocation of headquarters is not on the agenda.

“The St. Louis [Chesterfield] location is our home,” Schaffner says. “There is plenty of opportunity to expand, and the Columbia location gives us the room we need for planned expansion.”

Some of the expansion in Columbia will involve current MOHELA employees, and more jobs may be added.

With the Chesterfield location full, MOHELA purchased the current Columbia property in 2012. Located at 555 Vandiver Dr., the second site was to serve not only as an outlet for expansion, but also as a “hot” site — in the event of a functional problem at the Chesterfield location (from a natural disaster or a computer breakdown, for example). The Columbia location will be a live, fully functional redundant site. The Chesterfield location will serve the same purpose for the Columbia branch; if one site is unable to function, the trip to the sister site is short, yet the two are far enough apart that they can avoid suffering from the same problem at the same time, natural or not.

“Columbia was the logical choice,” Schaffner says. “We are Missouri-based, we want to grow in Missouri, and we don’t want to travel too far between sites.”

The idea behind the 2012 purchase of the Vandiver site was to provide a workspace for 300 employees, giving the company flexibility in its day-to-day operations. As reported by the Columbia Daily Tribune, the original Columbia location, on E. Walnut Street, had fewer than 10 employees before the move to the Vandiver location.

The new location, however, only had parking for about 150 cars. Schaffner says MOHELA needed to have the proper infrastructure in place before they could consider expanding and bringing on additional employees.

“It wouldn’t make sense for us to have 300 people working in a building with parking for 150,” he says. “We have always planned for a large workforce in Columbia.” 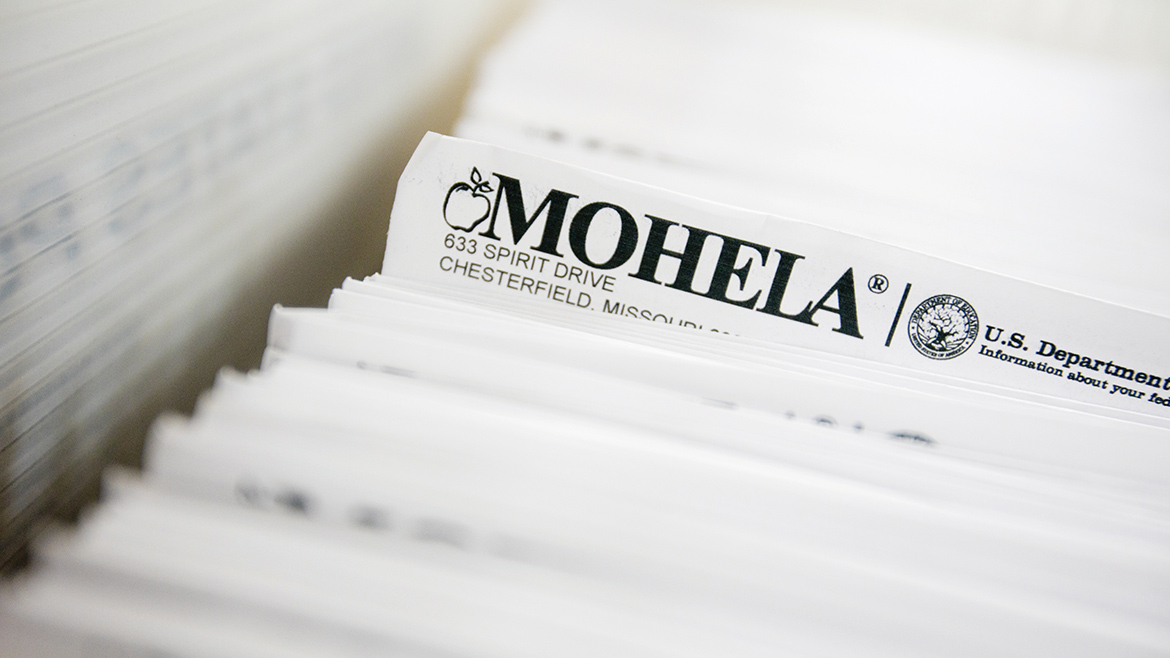 The modifications to the Columbia site began on the inside, making sure the hardware systems fit the needs of the business. With the modifications to the inside of the building complete, MOHELA looked at its parking options for the 300 proposed employees. The decision was made to purchase the parcel of land next to the current office to construct a parking lot. The six- to eight-month construction project will begin this summer and includes filling in a large culvert to create a level parking lot. Joe Machens Auto Dealerships had to take on a similar project during their recent expansion, as both properties share the same culvert. While the lot is not a long project, Schaffner says it is still a major undertaking.

As the infrastructure projects conclude, MOHELA plans to hire more people as needed. MOHELA has been a U.S. government contractor charged with the servicing of federal student loans since 2011. The amount of employees needed at any one time depends on how many loans the government needs serviced. As MOHELA wins new business contracts (conducted through a bidding process), the company will make decisions on whether to hire new employees or allow current employees to take on the projects.

“We don’t want to hire ahead of our needs,” Schaffner says. “We planned to accommodate growth, then we could see new hires.”

MOHELA has several lines of business, including servicing the student loan market, serving as a loan originator, and servicing the loans they make. As a result of the company’s growing diversity, within the next 24 to 36 months, MOHELA plans to have the full 300 people working in the Columbia location. 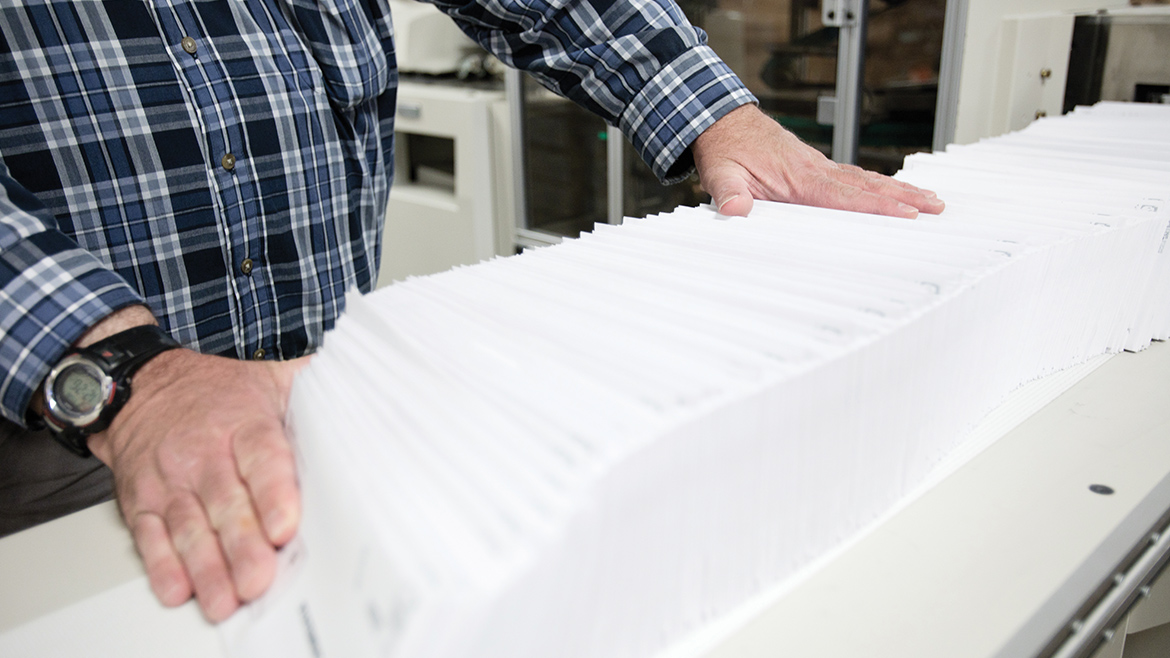 With the comprehensive training, salary, and benefits offered to its employees, MOHELA is positioning itself to be a major employer.

“We try to promote a positive work environment, and we are successful,” Schaffner says. “We have entry-level call center jobs, and it takes a certain type of person to work that type of job. With the right people, we are successful.”

The MOHELA website says that for call center jobs, the company prefers applicants with an associate’s degree, customer service and people skills, experience with communication, and the ability to multitask. Training is 10 weeks long and conducted on site.

“At the end of the day, we want to help borrowers pay off their student loans in good standing,” Schaffner says.  “We want the center to benefit the employees, so we treat them with respect and create a positive culture.”

The work environment and benefits are designed to keep turnover low and morale high, leading to the success of the business.