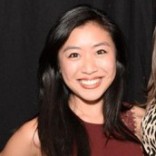 Searching for a new house can be quite the hunt. Location, price, personality: Lots of factors can go into making such a huge life decision. For newlyweds Lee and Danyale Williams, they had one more thing that helped them determine the outcome of their new dream house — the film and production crew of HGTV’s hit show House Hunters.

For the new University of Missouri football strength coach and the former Prairie View A&M dance coordinator, appearing in front of an audience might not have been too far out of their comfort zones. After all, Lee did propose to his wife in front of thousands of cheering football fans at Prairie View A&M’s homecoming game in 2012. But then again, stepping in front of cameras for a reality series might not have been exactly what they expected. Through the process, they learned the ins and outs of what it takes to make it in the reality TV business, as well as how to get off on the right foot for the newest chapter of their married lives.

How exactly does one start to look for a house in a completely new city, let alone new state? For Danyale, HGTV was her go-to guide for information about what to look for. Lee was already at MU working as a football coach and living in a rental home during his first Tigers football season. Danyale was living with her father in the Houston area and had never looked for a house on her own. One day after watching an episode of House Hunters, Danyale noticed a promotion for house seekers to contact the producers if they wanted to be a part of the show. So she picked up the phone and made a call that would ultimately shape the next few months of her and Lee’s life.

Once the couple was given the green light to move forward with being on the show, they had to send in audition tapes to really show off their personalities. Not only were the show producers interested in the home buyers they would feature, but they also wanted to know more about the other people who would help them with the experience.

When Lee had moved up to Columbia to help train the MU football team for its inaugural SEC season, he had the help of Karla Shy Snider of the Vicky Snider team to get him settled. So it was only fitting to call her again to be the real estate agent for the soon-to-be-married Lee and Danyale and join their reality TV experience. Sherry Hockman also joined the team as an interior design consultant to help stage the home the couple ultimately chose to buy.

Before the crew could get the cameras rolling, several obstacles separated Lee and Danyale from their new home. Timing was one of them.

Because Danyale was still under contract teaching with Prairie View A&M, her visits to Columbia to find houses, let alone film for the reality TV show, were limited to weekends. Lee had his own packed schedule waking up for work around 4 a.m. and not getting home until 6 p.m.

Lee’s long days at football training meant a road bump in the filming process, too. The pressures of being new to the team in addition to the vigrx walmart entire team’s rocky transition to the SEC meant hurdles within the MU Athletics Department. However, Lee’s supportive team was able to accommodate for the filming crew.

“It was better that a lot of pressure was off after winning a couple SEC games,” Lee says. Filming took place around the time of MU’s Homecoming win against the Kentucky Wildcats.

After weeks of coordinating through emails as well as getting Sherry on board with a two-and-a-half-week turnaround to stage the home, the entire cast and crew was ready on set. But just how real would the reality TV experience be?

If there was one thing Lee, Danyale, Karla and Sherry weren’t expecting with the filming process, it was just how much effort went into something that was supposed to be a reflection of reality. But behind the TV magic were long days and trials of patience through retake after retake.

“They tell you off to the side, ‘Hey, we’re going to film this; don’t look at the camera,’” Karla says about the difficulty of trying to act natural for filming.

“And that’s pretty much impossible to do,” Sherry adds, laughing.

Other than some spotlight jitters, Lee says his work as a strength and conditioning coach actually helped him with the drawn-out filming process and having to reshoot certain scenes repeatedly.

Danyale, on the other hand, found the construction of their “reality” surprising. “It was at that point that I thought, ‘Well, now it’s not real; now I’m acting,’” she says.

However, even some of the more scripted scenes were written for the personalities of Lee and Danyale, which the producers had been able to observe throughout prior filming.

Other behind-the-scenes insight they found was just how hard it is to furnish and decorate a home while also avoiding any kind of product placement. To meet that challenge, Sherry strategically placed mirrors around the space in place of artwork or anything with a logo and kept away from any other branded furnishings.

In addition to a new house — a compromised combination of privacy, space and room for personalization — Lee and Danyale now say they feel more a part of the Columbia community and are excited to get settled into the bustling college town.

Over the course of several months Lee, Danyale, Karla and Sherry saw that in reality TV, there’s certainly more than meets they eye. However, the filming process brought on a new awareness of what it really takes to make it in reality TV, new relationships around town and, of course, a new house. Since the cameras stopped rolling, Danyale and Sherry have been working with Darin File of File Construction to personalize the home for the couple. Lee settled in by early May, and Danyale joined him after their wedding.

The group has already applied and been chosen to be on HGTV’s spinoff show Where are They Now?, to really show what they have accomplished through the process. With more personal touches and endless freedom, the couple has made their house a home for the HGTV crew’s return.