It’s hard to believe William Woods University, one of Missouri’s premier liberal arts colleges with five campuses across the state that house some 3,600 students, was at one time an orphanage, a product of necessity following a grizzly war. It’s even harder to believe the school went without a female president for 120 years. But now, 22 years after Dr. Jahnae Barnett took the helm as the school’s first female president, it’s easy to see why William Woods is thriving.

Responding to large numbers of young women left orphaned following the Civil War, the Disciples of Christ Christian Church opened the Female Orphan School in Camden Point in 1870. But following a destructive fire in 1889, the school relocated to six acres of donated land in its current home of Fulton. 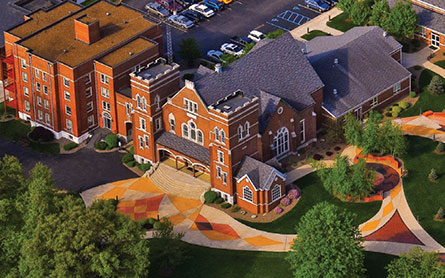 Accompanying the change of location, the powers that be went through a few name changes — finally settling on William Woods College — and updated their admission requirements to allow other young women besides orphans to be admitted so long as they fit the criteria of “soundness of her constitution and her freedom from hereditary disease.” (Keep in mind this was the 19th century.)

For the next 100 years, the women of William Woods College, free from hereditary disease, continued to earn their two-year degrees in literature, fine arts, home economics and other areas considered most becoming of a proper Missouri woman; their equestrian studies program is ranked the best in the nation to this day.

Then in 1990, Barnett assumed presidency. In her first six years as president, Barnett created graduate and adult-oriented programs, changed the name to William Woods University and started letting men enroll.

Strength of the leaders, strengths of the college

Barnett will soon begin her 23rd year as president of William Woods, an institution to which she has devoted most of her life, having previously spent 17 years in the roles of professor, department chair and vice president. Under her leadership, the school has revolved from a small, single-campus, rural women’s college with about 500 students into a statewide, co-ed university with five permanent sites serving 3,600 students, including many from other countries. 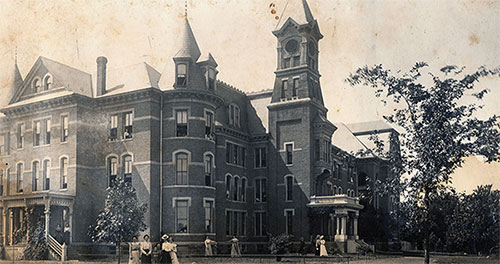 Although her career spans an era that wasn’t exactly friendly to the working woman, Barnett shattered the glass ceiling. Her abilities are William Woods’ strengths: responding to market demands and adapting to new circumstances to remain a healthy, vibrant, growing institution.

“When I first became president in the early ’90s, I decided I wanted to expand our mission and provide educational opportunities to working adults,” Barnett says.

Jefferson City and Columbia were the first of the new locations, but they now offer evening business and education degree programs throughout the state and in Arkansas. Some of these are in rural areas far from any college or university.

“For many of our students, this gives them a second chance, an opportunity to pursue an education or complete a degree that they might not otherwise have been able to attain,” Barnett says.
At the same time Barnett was expanding access to higher education across the state, she was working to enrich the lives of students on the Fulton campus.

Her internationally recognized LEAD (Leading, Educating, Achieving and Developing) Program requires students to attend art exhibits, literature readings and other cultural events in exchange for a tuition reduction. The program is funded in part by contributions to the WWU Loyalty Fund via phonation, direct mail and also by the members of President’s Club. LEAD dramatically increased student engagement and made higher education accessible to many who would not otherwise be able to enroll.

“A continuing challenge is working with increased government intervention and regulation of higher education,” Barnett says. “Operationally, we have been nimble and responded to the ever-changing higher education landscape and will take the necessary steps to continue to do so. For almost 15 consecutive years now, we have worked diligently to keep our tuition increases below 4 percent.” 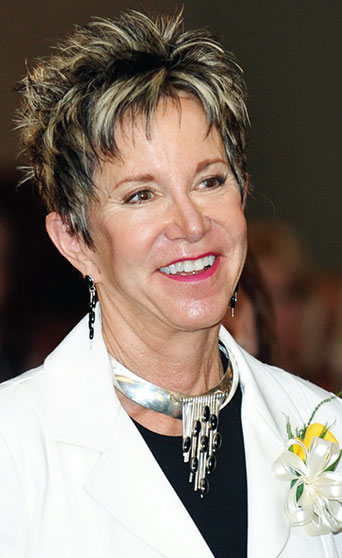 Barnett has received the National Chief Executive Leadership Award from the Council for the Advancement and Support of Education and was named Missouri’s Inaugural First Lady in Education. In May, the Zonta Club of Jefferson City, an organization of executives in business and the professions working together to enhance and advance the status of women, honored Barnett as a Woman of Achievement. She was one of two winners out of 15 nominees.

“I am sincerely pleased and humbled to be named a Woman of Achievement,” Barnett said during her acceptance speech. “Being president of William Woods University is a job I love, and that alone is reward enough. However, this award is particularly meaningful for me because it comes from an organization working to advance the status of women worldwide.”

Her awards and grand recognition are only byproducts of her work. Barnett takes pride in her students’ achievements. A vice president of Hewlett-Packard, the former chief operating officer of Arby’s and the president of UPS Americas are among her former students and are all now members of the William Woods Board of Trustees.

This type of success comes as a result Dr. Barnett’s leadership style, one that includes regular dining hall visits, cheering on her teams at athletic events and admiring the work of budding young artists.

And she did all of this while maintaining a balanced budget for the past 10 years.