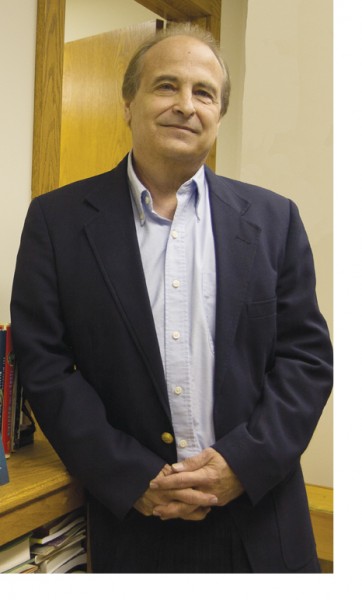 At 200 North Ninth St., at the northern edge of downtown Columbia, Greg Michalson can be found in Suite A. He has a modest office, nearly invisible from the outside. But just as a book should not be judged by its cover, a book publisher should not be judged by the location or size of his or her office. Michalson is co-publisher of Unbridled Books, acclaimed throughout the nation and the rest of the literate English-speaking world for its novels and its occasional nonfiction.

Michalson and business partner Fred Ramey launched the Unbridled imprint in 2003. But that year is somewhat misleading, because the ancestors of Unbridled — first MacMurray & Beck and, later, Blue Hen — hark back to the previous decade.

Ramey resides in Lakewood, Colo., near Denver, meaning Unbridled really has two headquarters. Ramey claims Columbia roots, though, along with Michalson. The two men met while English graduate students at the University of Missouri. Although it is an oversimplification to say that Ramey is the “business guy” and Michalson is the “editorial guy,” the distinction holds some relevance.

Before entering book publishing, Michalson made the acquaintance of numerous writers, some of them already well known, some of them just beginning their careers. His meeting place was the Missouri Review, a literary magazine founded in 1978 at the University of Missouri by Speer Morgan, an English professor and published novelist. Michalson served as managing editor, fiction editor and poetry editor at Missouri Review for nearly 20 years.

Like Unbridled, Missouri Review is probably better known outside Columbia than it is at home. It is undeniably one of the highest quality literary magazines in the nation, which means it attracted strong writers of fiction, nonfiction and poetry. Even the writers who never published in Missouri Review knew its reputation and knew that Michalson stood out as a talented line editor who also cared sincerely about the careers of authors.

When Michalson branched out into book publishing, it seemed inevitable that some talented authors would approach him and Ramey with manuscripts, either directly or through literary agents. That is exactly what occurred. 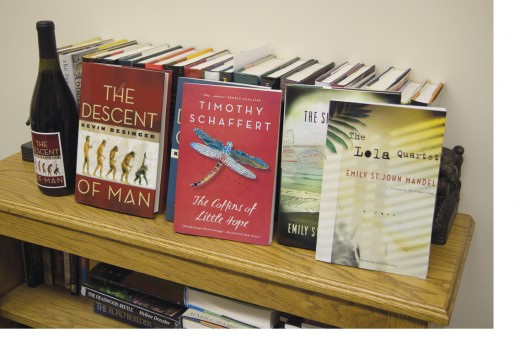 Although Ramey and Michalson never expected to achieve fabulous wealth through independent book publishing that emphasized literary fiction, for a couple of years it looked like they might succeed financially beyond their expectations. That is because their Blue Hen imprint caught the attention of Phyllis Grann, a major player at G.P. Putnam’s, a prominent New York City publisher. With that kind of editorial and financial backing, Michalson and Ramey devised new plans to reach larger audiences. However, when Grann lost her position at Putnam’s, her successors decided Blue Hen was no longer a good fit.

Uncertain whether they could find the resources to start over, Michalson and Ramey wandered in the metaphorical wilderness unless they obtained enough backing to start a new publishing imprint. The name Unbridled is linked to the horse farm where Michalson and his wife, Gena, reside. They are parents to two grown children, a son and a daughter who is a professional horsewoman. Gena has earned a salary as a government employee to cushion the vicissitudes of Greg trying to earn a livelihood as an editor/publisher.

Unbridled took an unexpected financial hit last year when the Borders chain of bookstores failed, owing Unbridled (and lots of other creditors) significant money that will probably never be recovered. Ramey and Michalson managed to continue, however, and Unbridled’s spring 2012 catalog is filled with exciting fiction and nonfiction (www.unbridledbooks.com).

In addition to the Columbia and Denver area headquarters, Unbridled operates from other sites, using computer technology to link the employees, who include four involved in marketing/publicity, one handling information technology and one directing sales. Freelance representatives plug Unbridled titles in every state and in other nations.

If laudatory reviews guaranteed healthy book sales, Unbridled would qualify as a behemoth. Recently published novels such as “The Coffins of Little Hope” by Timothy Schaffert and “You Believers” by Jane Bradley received copious praise. The novels on the spring 2012 list will probably generate copious praise as well, thanks in large part to Michalson’s impressive contacts with writers and his skill as an editor.