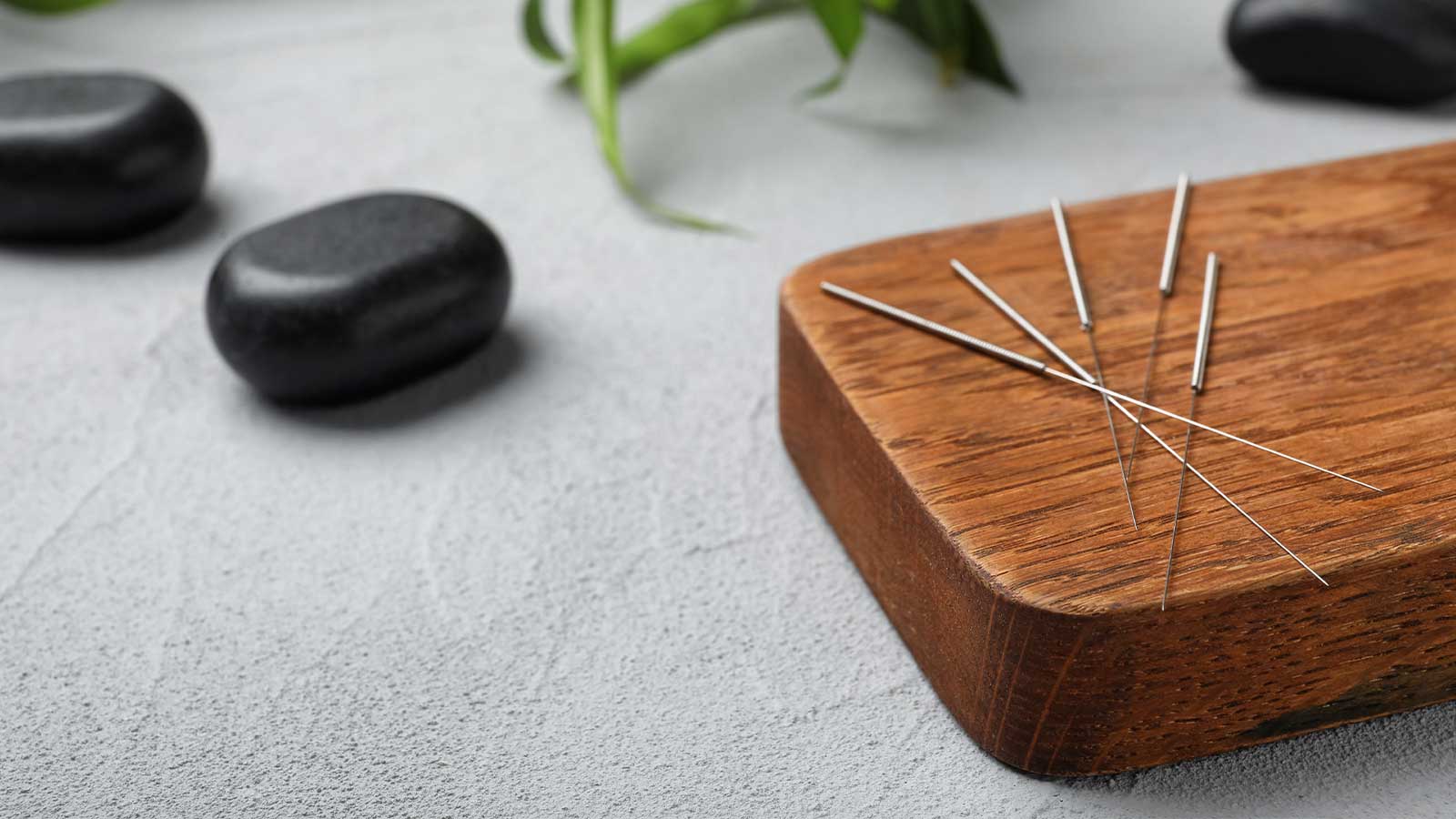 Nobody likes getting a shot. So, it’s little surprise that when presented with the opportunity to get poked with needles, many do not leap at the chance.

Some may associate acupuncture with pain or discomfort, and others may doubt whether the practice can treat their individual symptoms. But two of Columbia’s local acupuncturists, Gina Butler and Lynn Maloney, are challenging those doubts.

Gina Butler was introduced to acupuncture at the age of 19, when her mother recommended the treatment for Gina’s painful menstruation. The results of that first treatment altered the trajectory of Gina’s education.

“Obviously, it worked very well for me,” she says. “At that point, I was in college, trying to figure out my career. I was interested in Western medicine. Acupuncture and Chinese medicine kind of changed my life.” Gina went on to combine her two interests, obtaining a pre-medical bachelor’s degree before getting her master’s in Oriental medicine in 2004.

Lynn Maloney traveled a slightly different path. After growing up in the suburbs of Chicago, Lynn earned a bachelor’s degree in religious studies and a master’s on the history of science, never encountering the practice of acupuncture along the way. It wasn’t until she moved to New England and became involved in ashram yoga that Lynn became interested in becoming an acupuncturist.

“I got really interested in how energy moves in the body,” Lynn says. “Acupuncture, like yoga, understands that there are very important parts of our health that are not completely based exclusively on physical tissue. It dovetailed really well with my fascination for yoga.” Lynn then spent another three years in Washington, DC, to get her second master’s, this time in acupuncture.

Despite their varying backgrounds, Lynn and Gina have each been practicing acupuncturists for more than 15 years. The two agree that acupuncture has the potential to effectively treat a wide variety of ailments, from joint pain and migraines to depression and fertility. In Columbia, both say they treat a lot of patients for allergies and sinus issues, as well.

“I see children, teens, adults, elderly people,” Lynn says. “There’s a huge spectrum of people — from people who are mostly healthy, but they hurt their back last week, to people who have had multiple sclerosis for 20 years.”

How It Works
Acupuncture as a medical treatment tends to have an air of mystery, stemming from that fact that, for most Americans, the mechanics of treatment are uncertain. It’s generally understood that needles are inserted into the patient’s body at specific locations, but beyond that, it’s a grey area. How does the acupuncturist know where to stick the needles? How do the needles help heal the patient? And, perhaps most importantly, does it hurt?

“The biggest deterrent is the needles,” Gina admits. “And that’s understandable. I wish more people realized that acupuncture needles are super thin. They’re very tiny. During a visit, most of my patients will sleep. They can nap, it’s so relaxing. It’s very, very different than getting a shot.”

Lynn describes her diagnostic process as a combination of medical history and physical examination. She has all new patients fill out a comprehensive health history questionnaire, which she uses to inform her assessment of the patient’s health complaints. Once a patient is on the table, Lynn utilizes a diagnostic method called palpation to determine where to insert her needles.

“I’ll be feeling the abdomen, feeling for areas that are warmer or colder,” she explains. “There will be areas in the abdomen that are hard and other areas that are just kind of boggy. During a treatment, those phenomena will change.” Gina also has her clients submit information on their health history, though she uses measurements of the patient’s pulse at different locations to decide where to place the needles.

As far as what happens after the needles are inserted, it seems that the jury is still out.

Lynn visualizes her practice in terms of “chi,” a non-physical force that flows through the human body to regulate mental and physical health.

“The map of acupuncture helps us understand how chi flows through the body,” Lynn says. “It is akin to understanding waterways moving through a geography. So you think of a symptom as rising from a blockage in chi, sort of like debris falling into a stream. The water pools up on one side of the debris and then it’ll be parched on the other side.” She says the insertion of acupuncture needles helps clear a client’s blockage to alleviate their symptoms.

Gina takes a less defined stance on how acupuncture actually works to heal.

“It’s all theory. No one really knows,” she says. “Patients are always kind of skeptical. I tell them that if it was just a placebo, we wouldn’t still use it here today. I also let patients know that they use acupuncture for animals a lot: equine and veterinary acupuncture is on the rise. That population cannot have a placebo effect. They can’t perceive what’s going to happen. And it still works very, very well.”

Who It Helps
Throughout 2018, Shelter Insurance agent Nancy Allison suffered weekly headaches and severe dizziness. At one point, the dizziness became bad enough to prevent Nancy from driving. Then, in September of that year, after months of tests, she received a diagnosis. She had vestibular migraine, a neurological disorder in which there’s a defect in the vestibular system that connects the brain to the ear. The system regulates balance and heartbeat, and doctors have little to no idea what causes the defect.

“I have had a couple full-on episodes where the whole room was spinning,” Nancy says. “But for me, it’s more of a constant rocking sensation, or the feeling that I’m being pulled to the ground.” She explains how vestibular migraine is a relatively under-researched disorder, and that the prevailing course of treatment is to mitigate the symptoms with anti-depressants.

Nancy says she had reservations about side effects from the pharmaceutical treatment. Instead, she consulted a variety of Facebook groups comprised of other migraine-sufferers for alternative treatment options.

“I saw the vestibular rehab therapist at the university, and I asked if she thought acupuncture would help,” Nancy says. “She said it’s worth a try. So that’s when I started going to Lynn.”

Nancy now has regular appointments with Lynn to treat her disorder.

“With my vestibular issue, my brain and my body weren’t in sync,” Nancy explains. “I was relying completely on visual stimuli to know where up and down were. Your brain really needs to know that unconsciously, without thinking about it. I am trying to get my brain and my body to communicate, and I think that’s what a lot of the acupuncture is also doing.”

Nancy admits she was dubious at first about the treatment. “I don’t really understand it,” she says. “I’m just realizing that it’s working. I used to get a headache once or twice a week. I haven’t had a headache now in almost two months.”

Where It Fits
Acupuncture in Columbia is evolving in ways that largely mirror the practice’s development nationwide. One exception, Lynn says, is Columbia’s distinct, compact community.

“In larger cities, acupuncturists will often feel compelled by the market to specialize — in fertility or in sports medicine or something like that,” she says. “In a town this small, where there isn’t that much acupuncture, I feel more like a small-town doctor. I get to see everything. Columbia has been a really great place for me to be.”

But in other ways, Gina and Lynn are facing similar questions about the future of acupuncture as practitioners across the country. Lynn points out that most Missouri-based insurance companies will not cover acupuncture treatments, often making the service cost-prohibitive. Beyond that, with criticism of health care efficacy and cost springing up left and right, the question of acupuncture’s role in a changing medical system becomes especially potent.

“In Western medicine today, people don’t get health care, they only get treatment for advanced conditions,” Lynn says. “They get illness management. And it makes the job of doctors incredibly hard. It’s hard to shift the health of somebody who really needed true health care 25 years ago.”

Both Lynn and Gina explore the potential partnerships between something ancient, like acupuncture, and ever-innovating medical practices. Lynn suggests that acupuncture could help with a patient’s pain management, supplementing a pharmaceutical regimen. She says acupuncture could even help get a patient comfortably off some riskier, more harmful medications that they might otherwise require to function.

“That’s the thing that’s really interesting about acupuncture in the 21st century, in the United States. It’s a really powerful adjunct to pharmaceuticals,” Lynn says. “Acupuncture is so helpful in dealing with the intense side effects of Western medicine.”

“We are blessed in Columbia to have the medical doctors that we have,” Nancy says. “I’m just thinking more about holistic approaches to medicine. I think making it all work together is just amazing.”