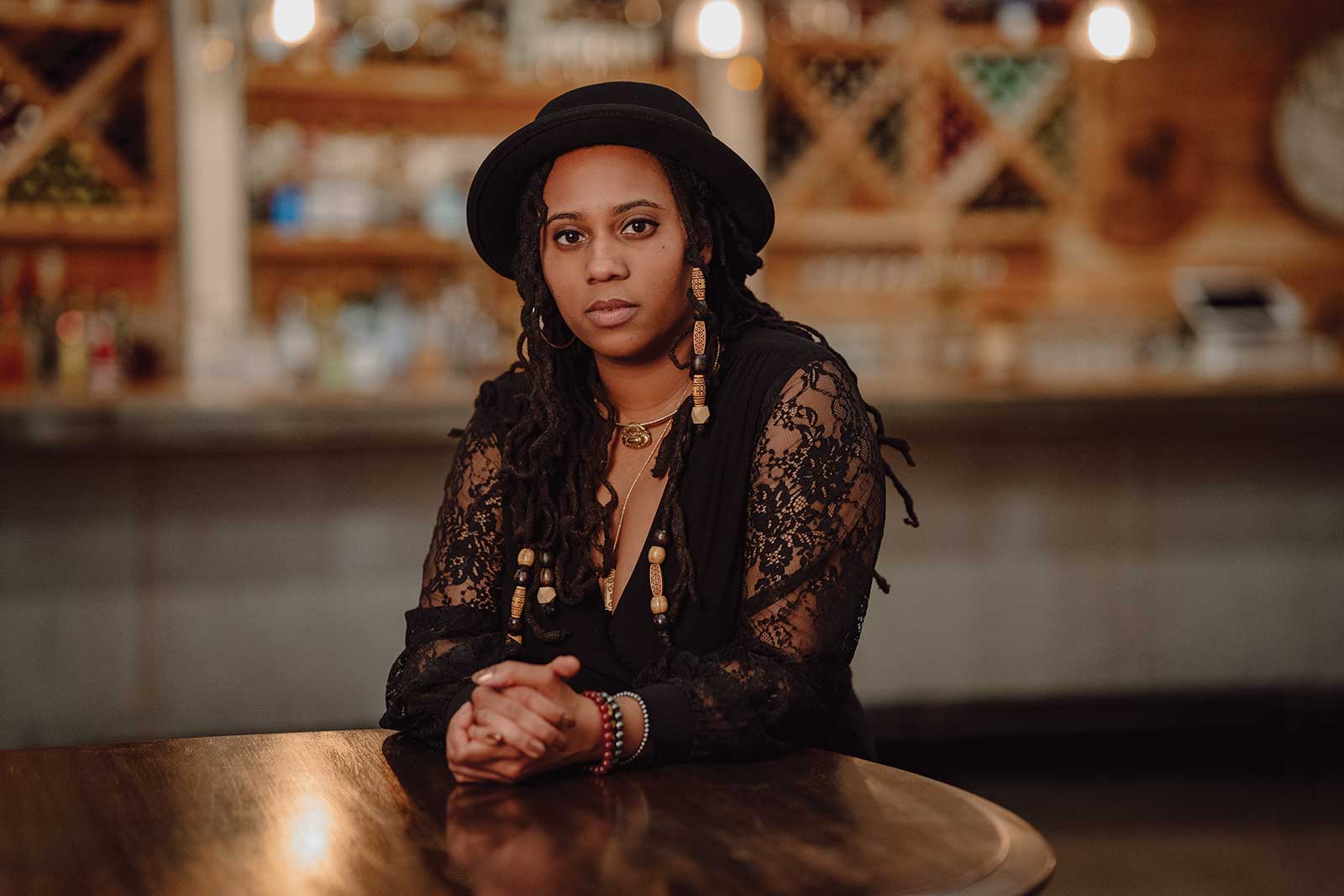 In 2022, T’Keyah Thomas wants to build community through poetry, radio, and film. She hopes to produce stories that highlight new and distinct voices and challenge Columbians to diversify their media libraries.

As a poet and spoken word artist, she’d also like to do more with her own voice, including exploring voiceover for animation.

Currently, you can hear T’Keyah on KBIA as an on-air announcer reading community announcements and sponsorship promos during NPR programs throughout the day. She also works as a radio producer, collaborating with colleagues and MU students to create local programs, special events, and episodes.

“Something folks might not realize about our job,” T’Keyah says, “is that when the news is hard, it’s hard on us, too. One of the most difficult parts about my job is listening to a reporter recount a tragic story, and then getting on-air to talk about something completely unrelated. I’ve had to actively hold back tears several times.”

T’Keyah has had many personal and professional mentors, including Kenny Greene, the unofficial “mayor” of the North Village Arts District and owner of Monarch Jewelry. “He cares deeply for the people — it shows in his work (business, teaching, and volunteering) and in the way he speaks to all he comes into contact with,” she says. “That man is all love, and his presence is a blessing to this community.”

The respect is mutual. “For years, TK has used the page and the stage to push, to coach, and to encourage hundreds of kids and young folks,” Kenny says. “I have been a fan and have seen the impact of her poetry event, One Mic, since its days down in the Vault at the Tiger Hotel, and I pushed Columbia’s Office of Cultural Affairs to bring TK on as a judge for 2021’s Poetry Out Loud competition.”

Nickie Davis considers herself lucky to have worked with, volunteered with, and been friends with T’Keyah. “She has been in my life for over seven years,” Nickie says, “from an energetic customer in my store to pointed journalist to talented artist and poet and now an established activist and voice of Columbia’s most listened to public radio personality. I can’t wait to learn more about her stories, experiences, and thoughts on Columbia.”

Fun Fact: T’Keyah doesn’t really have a hometown; she grew up as an Air Force military brat.